Welp, with the price reduction on the Model 3 and Model Ys as of 11 July, 2020, it seems that all Performance version Model 3s will come standard with what was previously the "Performance Upgrade Package" that includes the 20" rims, lowered suspension, bigger brakes. It seems that you can no longer configure a stealth Performance Model 3 with eitther 18" or 19" rims from the configurator as was possible earlier this year with the 2020 models.

Sooo.. does this mean that you can still get a Sales Rep to FIND a "Stealth" (aka Long Range Performance) Model 3 with 18" or 19" rims and the standard brakes and suspension as in 2018/2019 model years?? Or do they just not make the stealths any more?

As for those who would ask "Why would you want the performance version on the standard rims and standard suspension??", there are folks like me that need the standard suspension for the crappy roads that we have in my part of the country, and hey.. it's not bad having a "sleeper" that is low profile and doesn't attract attention.
Reactions: Pkmmte and BetterSlowDown
J

For model 3s, earlier this year (way before today, a few months ago) Tesla first made the price for the " stealth" and the model with the performance upgrade pack the same.The price was the same either way, with or without those items. I imagine the take rate on that was very low, because all sorts of people say they "dont want that stuff" but when you find out its all "included, but we can NOT include it but you will pay the same price", take the stuff.

Then, later, they removed the ability to even remove that stuff at all.

So, no, as far as we know, there are no "new" stealth model 3 performances. You can look for one in the used market though, and I have no idea what they are doing with the model Y because I dont have one of those, and have not been following it.
Reactions: Arctic_White
C

Yes, I neglected to mention that beginning with the 2020 models, the price was the same for the "stealth" vs. the ones with the Performance (suspension) Upgrade Package, unlike in 2019 and before, where it was just a $2,000 upcharge to a "stealth". Now, all you can do with a LR AWD is to get the "Acceleration Boost" package, which gets you about halfway there, sans track mode and without the 980 series rear motor of the Performance. Sic Transit Gloria.
Reactions: Arctic_White
U

UnderCharged said:
i see a few stealths in the bay area just like this one
2020 Model 3 | Tesla
Click to expand...

Your link says the car is in san diego. Thats about 8-9 hour drive from "the bay"
C

CitiesSprinter said:
Thanks everyone. I'm happy to hear they still make 'em..
Click to expand...

This whole discussion has me confused. Am I correct that you can downgrade a Performance model by giving up the 20" wheels and certain other things, but for no change in price. Or you can upgrade a LR-AWD to get some of the Performance attributes, but for only $2,000. How does this all come together?
A

If I had been able to afford a Performance when I got my car I sure as heck would have gone with the Stealth even if it was the same cost. Have you seen the price of 20 inch tires compared to 18s? Have you seen how expensive those wheels are to replace if you hit a pot hole? Have you heard tire shops bitch about mounting super low profile wheels and warning they might scratch your wheels and can't be held liable for that? Have you tried to search for 20 inch full winter tires?

Give me the power and acceleration and the option of many more tire choices any day over huge wheels. You really only need those brakes if you track the car and a lot of owners probably don't...

You're looking at at least $450 more for a set of tires for the Performance compared to the same ones for the 18 Aeros and at least $400 more again for a set of Sottozero 3 winters and you don't have the option of getting xIce 3 full winter tires. For anyone that lives in an area where they're switching to winter wheels that's huge. That's also almost a $1,000 savings if you buy a set of winters and the first new tire change you do, probably within 3 years based on the weight and performance of the cars. Then if you want to change the tires yourself, which I do, you have to buy a second set of wheels. If you want official Tesla wheel's you're probably looking at like at least $2k more than the Aeros. So $2,500 more for the winter set and another $500 more when you replace the tires the first time. Also not to mention the lost range...
Last edited: Jul 14, 2020
Reactions: Arctic_White and Pkmmte
J

Robert A said:
This whole discussion has me confused. Am I correct that you can downgrade a Performance model by giving up the 20" wheels and certain other things, but for no change in price. Or you can upgrade a LR-AWD to get some of the Performance attributes, but for only $2,000. How does this all come together?
Click to expand...

You used to be able to downgrade a performance model and remove the rims, spoiler, etc, but for no change in price. You can upgrade a LR AWD to make it "faster" via a software update for 2k, but you do not get any of the "performance bits" with that. It just reduces the 0-60 time of a LR AWD model 3 some, but not to the performance spec.
U

jjrandorin said:
Your link says the car is in san diego. Thats about 8-9 hour drive from "the bay"
Click to expand...

Transfer it or buy this one

I don't understand why someone would downgrade their wheels without a reduction in price. Wouldn't it make more sense to order the car with 20" wheels and trade with someone privately?
J

Robert A said:
I don't understand why someone would downgrade their wheels without a reduction in price. Wouldn't it make more sense to order the car with 20" wheels and trade with someone privately?
Click to expand...

Correct, yes it would.. or sell the wheels and such privately while you put on different ones. It makes very little sense to order the performance version without any of the performance stuff but no reduction in price. Tesla doesnt want people to order the it that way (which is why they took away the price reduction).
A

Robert A said:
I don't understand why someone would downgrade their wheels without a reduction in price. Wouldn't it make more sense to order the car with 20" wheels and trade with someone privately?
Click to expand... 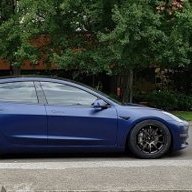 It wouldn't be the first time it stopped being available. It was gone when I bought my 3, and it wasn't coming back as far as anyone knew. They took it away near the end of '18 and it wasn't around again until mid-July '19, and supposedly only because of a production mistake or something.
Reactions: Arctic_White 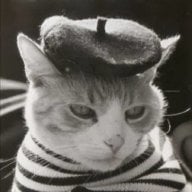 Personally, I really dislike the larger wheels and lowered suspension. Had I ordered a normal performance model, I would've spent extra money getting 18" or 19" wheels and increasing the suspension height.

I do like the spoiler, red calipers, and aluminum pedals, though. Luckily, I found a used stealth performance for a great price and then spent only $330 extra adding those items I like. I wish Tesla still made stealth performance models...
Reactions: Arctic_White
O

I see a few stealth cars in stock in LA, OC and San Diego. 18” wheels, no PUP. Same price as the full Performance cars though. I have no idea why Tesla would have these cars sitting in inventory. Maybe they believe there is still a market for them even without a discount relative to the PUP equipped cars. If they sit around long enough it’s possible that Tesla might offer some incentives to move them.
R

I was lucky enough to find a new W/W 2019 Stealth with 19s last July. At that time the Stealths were priced much less than the usual Performance but still provided the full 165 mph / Track Mode / actual benefits.

*** A lot of people don’t realize that Summer tires have an official warning against using them in cold temperatures due to their tire compound. Here in the NorthEast we have periods of cold weather in both the fall and spring mixed in with nice weather so swapping tires back and forth isn’t realistic except for the summertime. If you were to use Summer tires within 24 hours of a cold day and end up in an accident you could be held liable for driving an “unsafe” car. Another consideration is the more frequent and much more expensive tire / wheel damage from bad roads using 20s.

I also bought a spare set of stock Aero wheels and tires from someone who was going aftermarket. I planned on using these for any long trips/winter use but haven’t had the need yet due to the virus travel issues.

If money isn’t an issue consider buying a Performance with 20’s and selling those wheels / tires to purchase your favorite aftermarket wheels and tires for your needs.

The stock 20 wheels are also very heavy compared to a good aftermarket 20 wheel if you decide you want 20’s for any reason.
Reactions: Arctic_White

G
Is this a stealth version of a 2020 Model 3 Performance?