I'm out diagnosing front end clucking on my 2014 S. I think the upper ball joints, which are part of the upper control arm assembly, are worn and knocking on bumps.

I am trying to remove the pinch bolt that squeezes the the upper ball joint into the knuckle.

I can't get the pinch bolt to turn for the life of me, I guess that is Minnesota salt for you.

My guess I that there are not, especially since the knuckle is aluminum, but I just can't tell.

I've partially stripped the Torx 50 head on the bolt, so I'm hoping I can jut press it out.

Any advice would be great.

(Side gripe/commentary...Those "Salt Life" stickers people have in Florida.....take a trip up to Minnesota if you want to live the "Salt Life.")
•••
E

I've done some research and it appears that there are not threads, but nothing definitive. I've tried a torch, an air hammer, an 2lb hammer, a big clamp, WD-40....and no luck. I am going to try a ball joint press, basically a C-clamp on steroids. Either there are threads or this thing is stuck like no other.

Any help would be greatly appreciated.
•••
R

No clue, but take pics and let us know for future reference. Good luck!
•••
E

I was finally successful. Holy shnikes that pinch bolt was a bear. Frankly, I don't recommend trying it yourself if you live in a salty area. It was a ton of work, just for diagnostics really.

If you are dealing with a stuck pinch bolt, here is what you will need in my experience.

-A full socket set
-A ball joint press/tool that can be rented for free from most auto parts stores.
-Penetrating oil.
-A large crescent wrench.
-A Dynafile or similar. Harbor freight sells one cheap. They call it a, "Heavy Duty Bandfile Belt Sander."
-A Hammer
-A punch/rod.

Start by spraying it down with penetrating fluid, if you can, hit it the day before. Then, set up the ball joint press with a 21mm socket over the head of the bolt, so that you are not pressing the bolt into itself. As apply pressure with the ball joint tool, the pinch bolt will begin to back out, once the end of the bolt is flush with the knuckle, you'll see a small socket to continue pushing the bolt. An extra set of hands would be great. The factory nut should be removed and flipped "backwards" and then reinstalled on the bolt, flush with the end. This gives a large "target" for the ball joint tool, which wanted to "walk" when tightened. This trick only works for a little while, as the nut will eventually hit the knuckle and need to be removed.

You can see the set-up in a picture below, notice the small socket in the right side, that is only needed once the bolt is flush/recessed with the knuckle.

So, frustratingly enough, once the bolt is backed out an inch or so, it still is rock solid stuck in the knuckle. The bolt has a Torx 55 head, I have no idea for what purpose, a hex would give people a fighting chance at removing the pinch bolt without resorting to ridiculous measures. Anyway, the Torx head is round. So I used my Dynafile to make two flat spots on the round bolt head that I could put a large crescent wrench on.

The bolt would only spin a few degrees, so I would turn it as far as I could one way using the crescent wrench on the two flat spots, then hammer on the end of the bolt a few times, you'll need some type of punch to hammer on the bolt's end as it is now recessed into the knuckle. Then spin the bolt as far as you can the other direction, and then hammer again. Rinse and repeat. Spray penetrating oil often.

I replaced the mutilated bolt with hex head one. It was M10, 6cm, flanged hex head.

There is also a photo of the pinch bolt backed out slightly, I was so happy to get to this point that I took a picture, but there was still a lot of swearing until it was finally out.

I coated the new bolt in Oxguard grease. I suspect a lot of the trouble had to do with the two dissimilar metals being sprayed with salt water all winter long...the pinch bolt is directly above the tire and almost centered. I chose Oxguard, as it is designed to prevent corrosion of dissimilar metals.

There is another TMC thread about installing new control arms that is informative if you are dealing with this part of the car.
Replacing front upper A-arms

I hope this saves somebody a bunch of aggravation. Let me know if you have questions. I'm slightly more qualified than a hack, but this stuff is kind of new to me...used to working on solid axles. 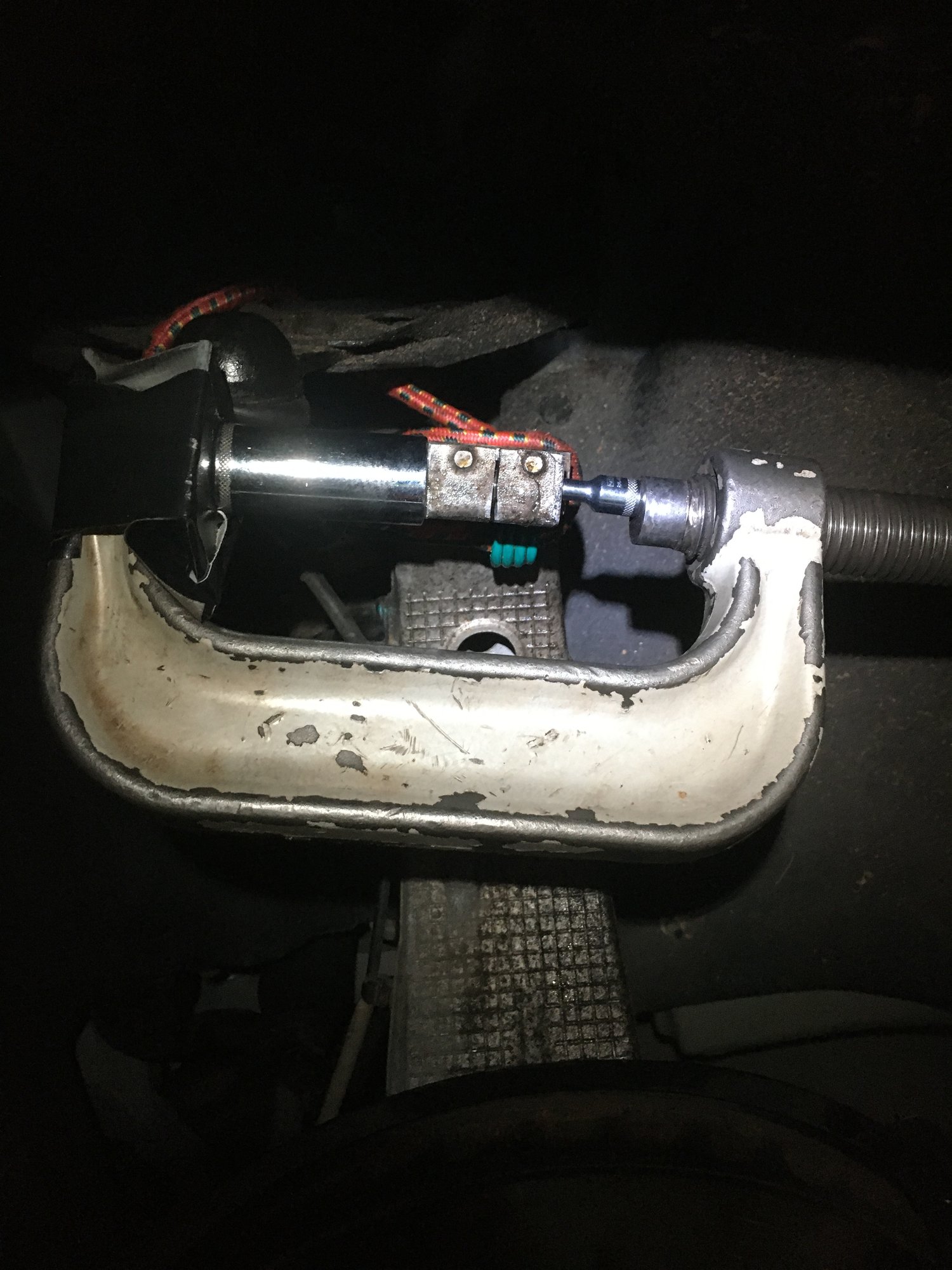 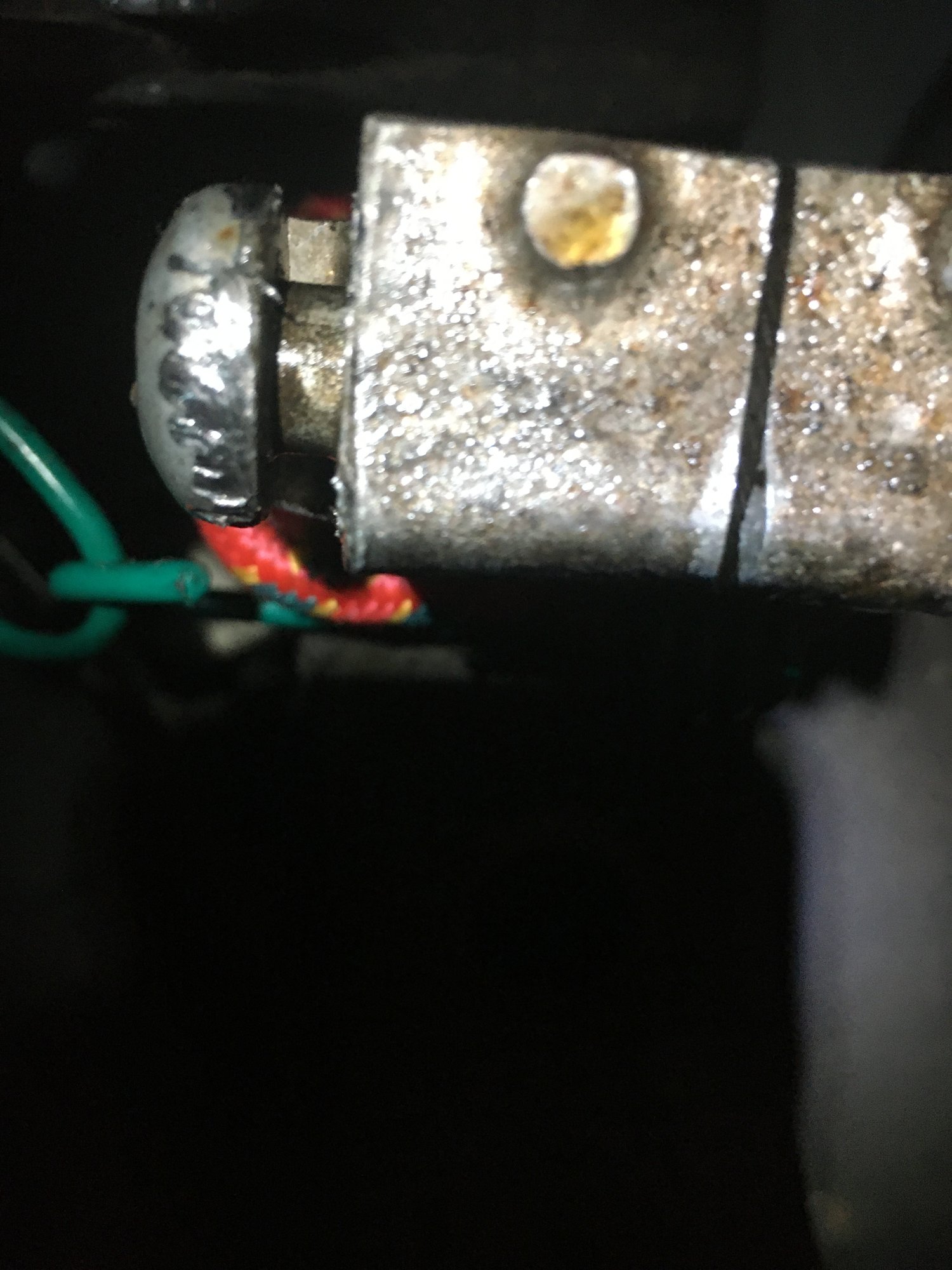