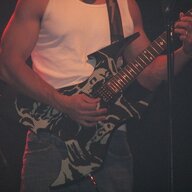 For years, my car's nav has routed me on the same exact path to work. It's a short 10 minute drive with just a few turns and one obviously best/shortest path to get there. Both FSD Beta 10.2 & 10.3 have been unable to make one of the required left turns, which isn't too surprising because it's at the top of a hill with very poor visibility. It slows down, but I always end up disengaging just before it's about to pass it by.

Last week, I went into Open Street Maps and updated some data around my work area - mainly, one of the buildings was not identified or marked with an address, so I labeled it. This building still does NOT show up in my Tesla, so it doesn't seem to have received this change yet (if Tesla even does, in fact, use OSM).

This past Tuesday, I emailed Tesla with feedback which, among other things, included a description and snapshot of the above failed left turn. Now, both yesterday and today, my car's nav has opted to drive past this turn and instead turn a little further down the road (traffic is basically non-existent so it's not rerouting to save time). The choice would be negligible if it weren't for the fact that this new route takes me down said huge hill, which then needs to climb back UP said huge hill to get me to work.

A few thoughts on this:
Anyways - Just thought this was curious, and worth sharing!
•••

Nav is Not Auto Rerouting