Issues and quirks with Model S 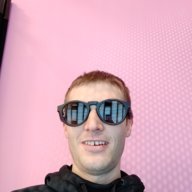 I love my Model S. I took delivery in February and the new car feeling still hasn't worn off. I look forward to driving it any chance I get. This list is not bashing the car in any way, but like anything there are some things that I subjectively find are not perfect or ideal. Maybe some of them can be remedied with different settings or a trip to the local SC. Here is goes:

1. Random slowdowns in autopilot or cruise control. I have AP1 and have noticed it can slow down without notice fairly aggressively at full regen when getting confused, such as when someone pulls off to a turn lane, or when coming up close to someone in the lane next to mine during a sweeping turn. Seems unsafe if someone behind me has to put on the brakes at a seemingly random time for no reason.

Would turning off emergency braking fix this issue?

Also, I was in autopilot on a deserted highway the other day and decided to unbuckle briefly to "adjust" myself and the car suddenly slowed down pretty aggressively. It also happens during cruise control and a message appears that cruise is disabled when not buckled. It seems kind of unsafe and unnecessary for such a slowdown to happen. What if there was someone behind me?

Its not like the car is slamming on the brakes full on when these things happen. But full regen does kick in within a second or two at these random times without warning, and brake lights dont come on until the last second, which leads me to:

2. Brake lights not coming on early enough. During some of these random slowdowns, or even during normal driving, it would be nice for the brake lights to come on earlier for good measure. Sometimes when coming to a stop gradually, or slowing down 5-10mph with the flow of traffic doesn't even trigger them, which again doesn't seem as safe as it could be. Most drivers on the road are used to coasting in an automatic transmission and are used to seeing brake lights at any sign of a slowdown. They are not expecting you to just regen lightly everywhere with no lights. I wouldn't be surprised if drivers thought my brake lights were busted until the last second. I feel like the brake lights should come on at low regen levels.

3. Inconsistent door handle presenting. It seems to work 85% of the time. Sometimes Ill press a few times without response until they finally present randomly as Im fumbling for the key fob in my pocket. I feel like it might be a problem with the battery in the fob or car not seeing it quickly enough. Sometimes Ill get in the car and try to start it and get the "unable to start" message for a good 5-10 sec until it finally see's it.

4. Autopilot nagging. I dont mind having to put my hand on the wheel, but its inconsistent at detecting it. Sometimes wrapping a single finger around the wheel makes the message go away almost immediately. Other times, a death grip on the wheel does nothing at all and you have to fidget around until the warning message disappIars.

5. Inconsistent startup times, random crashes, reboots, etc... it is weird that something like a car has crashing software. You would think Tesla would err on the side of stability and refined software as the default, while maybe offering users to participate in beta releases if they wish for the bleeding edge features.


Honestly, the car overall is the most enjoyable car I have ever had. It literally feels a decade ahead of the competition. The supercharger network is fantastic, performance, comfort, and styling are awesome. The things listed above are simply minor annoyances that I feel could easily be dealt with in time hopefully. Let me know if there are any tricks to resolve some of these annoyances.
•••

1. I concur, random slow downs are annoying when using TACC, for example when you are driving straight and there is a car slowing down and turning off the road it will unnecessarily slow down. Especially if there is something similar maybe occuring in opposite direction.

2. Regen and brake lights discussed thoroughly before: Do brake lights always turn on with regen? (incl gap to other cars)

5. The improvements (speed) in the UI are considered more critical than the crashes. Bugs will improve, and new bugs will emerge. Law of software (and Murphy).
Last edited: Apr 18, 2018
••• 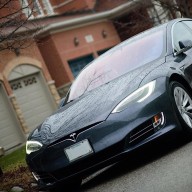 1. I think this is lesser than the random "phantom braking" issue I see in my drives. I think it tends to happen when there is a sudden elevation change and the radar sees the ground sticking up sometimes . The car just immediately brakes. This is a bigger problem than the braking when it sees the neighbouring lane car pop into your lane. I am hoping as we proceed in the AP software, Tesla will enable all the side pillar cameras which can constantly monitor the surroundings. That will hopefully alleviate some of the braking issues with AP.

3. Are you using the keyfob protector that Tesla provide? I noticed that ever since I got the keyfob cover.. the keyfob is very fidgety. I need to someitmes remove it from my pocket for the car to register it's presence. Sometimes I get "no key" error when I sit in the driver's seat with the fob in my pocket. Try removing the keyfob cover/holder (keychain) and then see if it is more consistent/functional.

4. I find that you just require to add a small resistance against the AP direction of the steering wheel. That should be enough to tell the AP that you have your hands on the wheel.

5. Yup! This is a bit annoying when you have sudden reboots, suddenly when features stop working. But I guess that is the nature of a car like the Tesla. As long as the core functions (driving/locking/safety) works, I don't mind paying the price. I mean look at every other manufacturer. Once a car is released, you can forget about software support or updates without paying. Tesla on the other hand is so much better. It is nice to constantly get new updates and improvements.
•••

P
Middle of the Lane and Brake Lights Issues