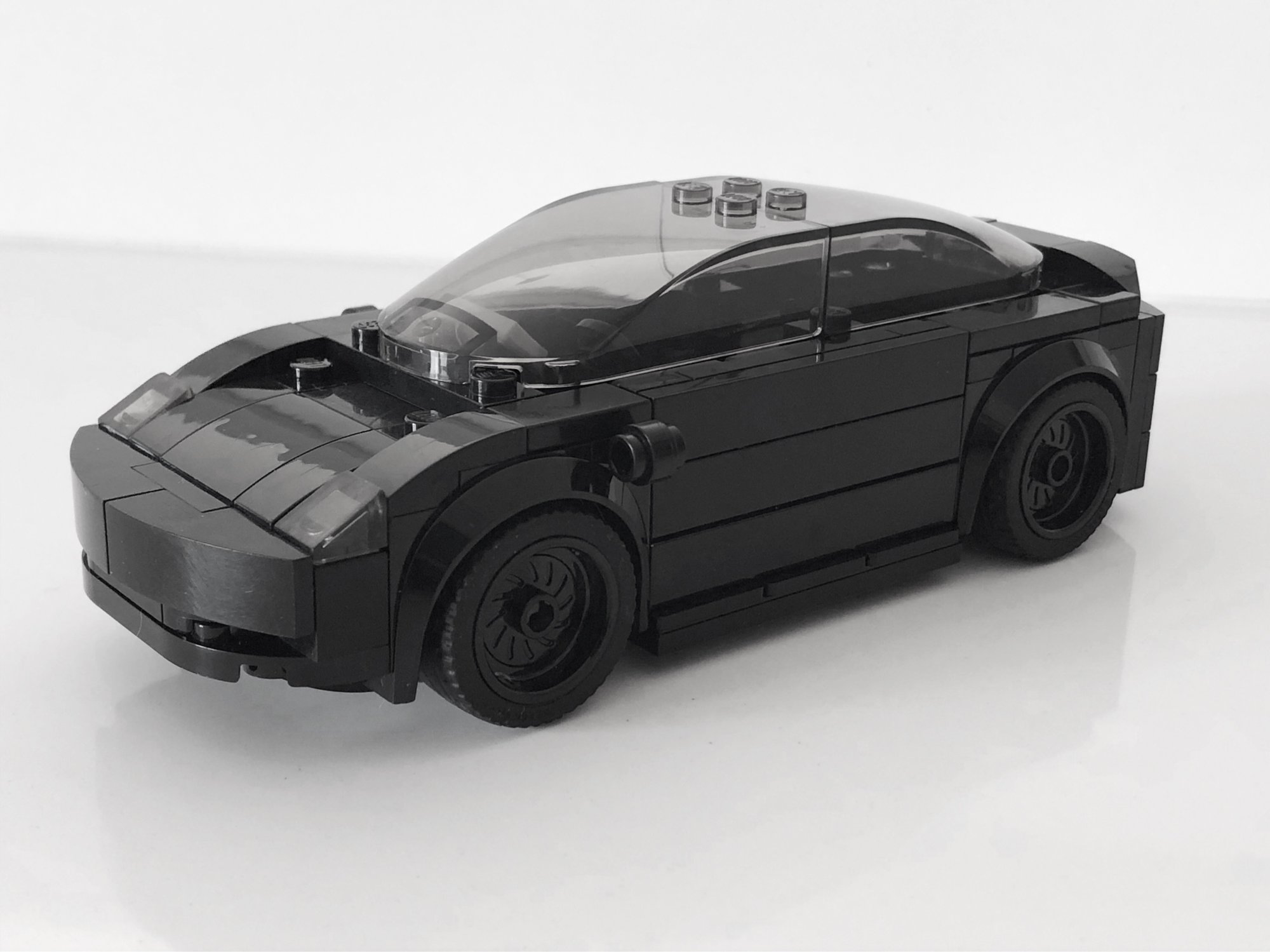 I love my Model 3 and created a LEGO version. What do you think? Tesla Model 3 Speed Champions
Reactions: Watts 4 Me, Dre78, VRM3 and 9 others
P

I obviously had a little too much fun with this project - LEGO Tesla Model 3 – A Supercharged LEGO Speed Champions
Reactions: Runnergirl and duanra
J

This is awesome do you have a parts list?
P

Good luck with the project in the IDEAS site. I put my name in the hat on your project. I doubt it will reach the 10k supporters, but you never know.

I also see another similar project at Tesla Line Up with the whole Tesla lineup.

I have a couple of the larger Technic car kits that Lego has produced. Couldn’t get myself to purchase one of their Bugatti or Porsche kits, because they’re all ICE powered in real life. Have thought about dismantling one of my cars and trying to make a large Model 3 Lego model. Maybe the unimog kit, which I think has the largest wheels in my Lego collection. Build the model to scale around those wheels.... the Unimog kits has pneumatics, which would work nice for powered doors on a Model X model. It would be nice if Lego made larger wheels to allow something like a 2’ long model where the wheels were to scale. Would allow some really nice cabin/frank/trunk details to be added thereon a model that was that large.

If you’re a Lego fan and haven’t seen it, check out the videos on the life size Bugatti Chiron that moved under its own power with a person inside it.
Reactions: Dre78
P

Yes! I’d love a large technic Model 3, I don’t have the Bugatti or Porsche either, but love the little Speed Champions line up and it was a fun little car to try and make. I also love LEGO photography so it gives me a chance to take some fun pictures. I don’t think it would make it to 10,000, but who knows with the Tesla community! Thanks for the support!
Reactions: Dre78
R

Thank you! Maybe there’s another 9,800 supporters in the Tesla community! You never know!
Reactions: Runnergirl
R 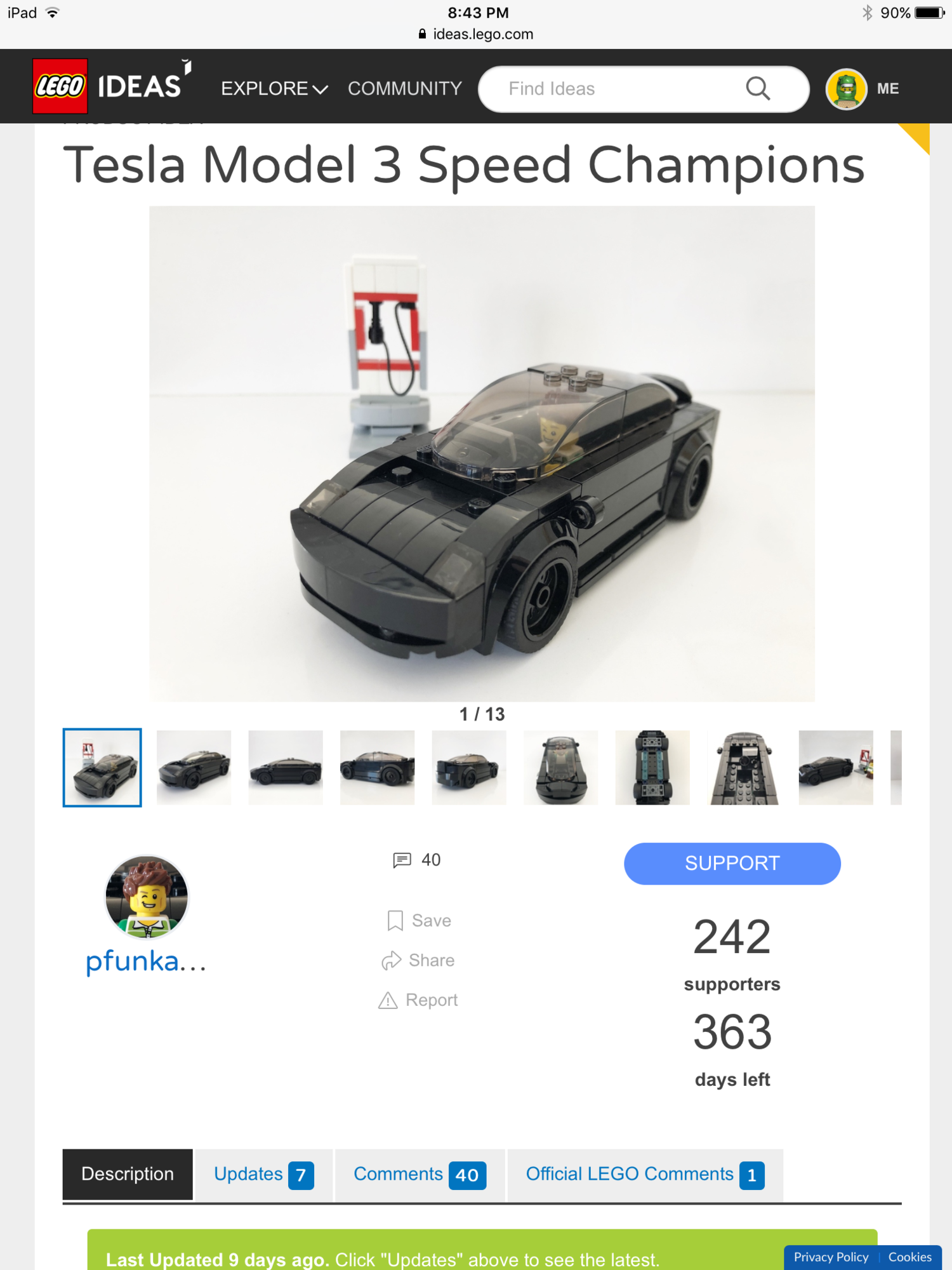 I love Legos... and Teslas!