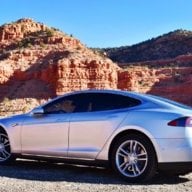 Recently here in Socal we had a minor thunderstorm that dumped about 1-2”of rain in a short amount of time. My 2014 S60 with sunroof was parked in the rain. (Yes roof was closed and all windows were up).
Over the past few days I’ve noticed an increasing smell of mildew from the vehicle. I’ve inspected everything from the headliner and down to the carpet and have found no signs of moisture. I checked the air filter, no moisture. I’ve also had the a/c desiccant replaced about two weeks ago during the annual service.
The smell appears only after I’ve been out of the car for a few hours.

Has anyone experienced this and have any other ideas on where to look?
•••
T

We're in SoCal also, have an X and a 3, both developed the similar smell. Took the 3 into the service center and they said it was due to tree sap getting into the vents. They used an ozium spray to get rid of the smell. It came back less than a week later.

For our X, we had our 2nd year service; they replaced the cabin air filter and A/C desiccant bag. It's been a week and the smell have not returned.
•••

That’s interesting. My car had the desiccant replaced 9/26. I’m wondering if cabin overhead protection has anything to do with the smell. Going to test that theory over the next 24 hrs...
•••
J

Double check the carpet. Under the seats, in storage wells, etc. Use a towel or tissue. They will concentrate any water and become damp. When I was a mechanic I spent many an hour with my face in carpet looking for such leaks. The next question would be how would water get into your car. That can be anything from bad door seals to cracked glass to one-way chassis drain plugged or missing.
Reactions: outdoors
•••
C

I recently had the same strong mildew smell problem. I lifted the carpet in the trunk extra storage (the covered cubby space for lack of better word) and stuck my arm underneath it as far as I could and there were lots of water in there. I dont have much detail on the cause yet since my MS is still at the SC being looked at, but when I inquired about my car several days later, the SC told me they were replacing a seal and the carpeting.
Will post more when I get more information.
Reactions: GWord
•••
C

Corona9071 said:
I recently had the same strong mildew smell problem. I lifted the carpet in the trunk extra storage (the covered cubby space for lack of better word) and stuck my arm underneath it as far as I could and there were lots of water in there. I dont have much detail on the cause yet since my MS is still at the SC being looked at, but when I inquired about my car several days later, the SC told me they were replacing a seal and the carpeting.
Will post more when I get more information.
Click to expand...

Update to my early post - The SC replaced the trunk's carpet and told me that the leak was due to a worn out seal around the trunk's door opening (which i'm skeptical). After only a day, I returned the vehicle to the SC because the mildew smell was still strong. After another three days in the shop, they called me and told that they did a through cleaning of the cabin, the odor was gone me my MS was ready for pickup. But I did not accept the vehicle since the smell, although much less, was still easily noticeable. I told them that until there's the slightest scent of mildew, I will not accept the car. Will update once my vehicle is back.
•••

Thank you for the update on yours, I’m going to have to schedule an appointment. After the 2nd rainstorm the smell came back with a vengeance, I also found the seals to be leaking on the front passenger window as well as the driver rear (headliner has indications of leaks). Please keep me updated on the solution they provide for you as I will also need major de-odorizing to happen.
•••
I

what was the resolution to your smell issues? any updates?
•••

My vehicle ended up having 3 leaks, two on the panoramic roof and one on the drivers side rear window. After the leaks were fixed the smell came back, however it was due to high humidity and running the A/C then leaving the car sitting for a few days.

So to answer your question it got better but has not been completely resolved.
•••
I

I have a 2014 Model S in Los Angeles. I have had the smell as well. it usually goes away. My bigger issue is my pano roof leak. If I go through a car wash or if there are heavy rains, I have a leak in the rear headliner around the passenger rear seat. I have already had it fixed once - supposedly - but it comes back. Of all the annoying issues on the model S, this one is my biggest complaint. I can't believe they haven't figured out a way to seal these pano roofs properly. I am lucky that I live in a climate that doesn't get a lot of rain. If I was on the East Coast, I would probably have to sell the car.
•••