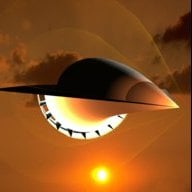 I test drove a Model X 90D today at the Freemont Factory store. I'm a Tesla enthusiast and have been following the ups and downs since before the S was on the road, but have never driven in one. I'll try and include some anecdotes that I learned that I don't think have been answered in the forum before. Hopefully this will be useful for fellow non-owners on the forum.

We currently drive a 2008 Highlander Hybrid. The basic question I was trying to answer was, "is this twice the car compared to a new Highlander, Volvo XC90, or BWM X5?" We arrived a few minutes early and unloaded the toddler seat and booster seats from the Highlander while they brought the X around front. It was a 90D with 22" wheels, 7 seats, autopilot, and no premium package. My wife went in to buy some merch while I put the seats in the X. Putting a toddler seat in the second row was surprisingly easy thanks to the falcon doors, and a flap that exposed the latch anchors. No digging under the folds to find the anchors or climbing around trying to get at them. The center back anchor was at the base of the seat rear and was too far away for the toddler seat strap to reach over the top due to the built-in headrest. However locating that anchor was very easy thanks to the seats moving far forward.

The falcon doors seemed to actuate much faster than I've seen in YouTube videos. Not sure if they've been upgraded or it's just faster in person. They definitely cycle faster than the sliding doors in an Odessy.

Once we were all in the car, the Product Specialist went through the basic controls on the center screen. He said the LTE was free for 4 years but they don't know what will happen after then. The maps are provided by Google for 7 years. Navigation is provided by Garmin and is "always available." The homelink garage door opener can control up to 3 doors. The seats were noticeably stiffer than the Highlander but not uncomfortable. I completely forgot about them within a minute or so.

I stepped on the brake and the car "turned on" even though the AC and all the screens had been on this entire time. We asked if the car was parked in the garage, I was working next to it with the key fob, and the kids were playing inside the car; what would happen? He said the kids would be able to turn the car on and drive. This was a bit concerning. He said a solution would be to keep the car plugged in while in the garage. It can't be driven while plugged in.

I pushed the right hand stalk down to put the car in drive. Immediately a warning came saying the second row seats were not latched. The specialist tried solving the problem from the center screen but the buttons on the screen were unresponsive. He got out and moved all three center seats forward and backward. I tried driving again but same error. He tried adjusting the seats again but no improvement. We decided to just ignore the warning and continue on with his assurance that the seats were indeed latched. He said the seat motors must be broken because he could only move them back and forth and not tilt. I saw them tilt forward while I was installing the car seats but whatever.

I drove out of the parking area and turned south along the frontage road next to 880. I felt like a teenager learning to drive again trying to adjust to the heavy regenerative braking. Stopping at stop signs was very jerky and awkward. By the end I sort of had it figured out but it was still a work in progress.

He said this was a private road so I could see how the car performed. I pushed down in the accelerator and was pushed back into the seat. It was amazing. Instant goofy grin on your face. I did it a couple more times before I ran out of clear road and nausea started to be felt. I forgot to look at how fast I was going for much of it, I think around 50mph. Wind noise was quieter than the Highlander but louder than a BMW 5 series.

About this time I noticed the windshield above my head. It was a sunny day but not very hot temperature wise (75). The top of my head did not feel noticeably warmer. We had the AC set to fan speed 4 so we could talk at a reasonable volume. I would have liked it a bit cooler in there. Everybody in the back was fine. Back to the windshield, it was a neat feature, but I didn't really notice it most of the time. Definitely could have done without it. He said it blocked 80% of visible light and 100% of UV. He also said the sun visor will be shipping with all new vehicles but wasn't ready in time for the early ones.

We turned onto some other roads paralleling 880 and continued on to the next freeway entrance. Entering the freeway was uneventful. Couldn't accelerate much due to moderate traffic. Once on 880 north, I activated the autopilot. That was freaky. He had me adjust the speed and the number of car lengths gap between us and the car in front. We drove a couple miles and autopilot performed well, but there was nothing there to really challenge it. We exited the freeway at the Freemont Blvd exit and returned to the Factory.

They had two Model S set up to test the auto parallel parking. Another freaky experience watching the car maneuver so close to those other cars. There was far more value in those 3 cars than my house is worth.

After parking we talked a little more about the interior and controls. He went to get the key fob to demonstrate the summon feature on the lead Model S since the summon on the X is only through a phone. I took the seats out and explored around the doors and rear cargo area.

My wife commented that the middle row was roomy even with the car seats. We didn't try sitting in the 3rd row but it looked smaller than the 3rd row in the Highlander. If I were to get an X, I'd get the 6 seat version which supposedly would make the back tolerable.

So having reflected on the trip, did it answer my question? Is it worth the extra $50,000 or so versus the competition? I'm still not sure. Despite the seat latch issue, I have a much more positive impression of the X now. Reading the stuff on this forum had me a bit pessimistic about the X with all the quality issues and usability issues. The falcon wing doors impressed me with their speed. The front windshield went largely unnoticed and I'd put the sun shade up in the desert. The ride was much smoother than the Highlander despite the driver. I still want this car, but having driven it, it's just a car. Some of the mystique is gone now.
Reactions: vrykolas and Gwgan
••• 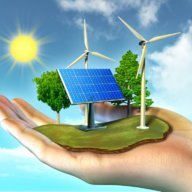 Great observations, thanks for your review. At $55K vs $83K starting prices, the 75D MX is not double the X5.... and overall service cost should be less on MX and of course there are the free Super Chargers vs. 25 mpg BMW. No need to worry about heat from the windshield, even in the at 100+ degrees it is not hot, and the AC is amazing. The goofy grin upon acceleration is included at no extra charge
Reactions: vrykolas and loganintx
•••

EV-lutioin said:
Great observations, thanks for your review. At $55K vs $83K starting prices, the 75D MX is not double the X5.... and overall service cost should be less on MX and of course there are the free Super Chargers vs. 25 mpg BMW. No need to worry about heat from the windshield, even in the at 100+ degrees it is not hot, and the AC is amazing. The goofy grin upon acceleration is included at no extra charge
Click to expand...

Don't forget about gas vs. electricity costs, federal and state tax benefits if applicable. For me, those bring it to only about 15% difference. And the X is far more than 15% better than anything it might compete with.

And it is also nice to be able to use the HOV lane anytime I want.
••• 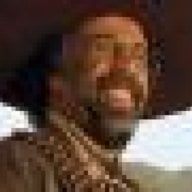 One cannot justify buying the X based on cost comparisons, fuel, etc. I've seen so many analyses and ultimately it's an attempt to rationalize something that, simply put, isn't really a rational purchase. I have an X P90D. Love it. But I could easily have saved a ton of money on an X5, Q7, even a Range Rover.

Nothing drives like the X and there are a bunch of other intangibles. I definitely appreciate the OPs review - it's nice to hear an objective review. However, vehicle comparisons, even with prices, will never yield a result where the X is the winner. You just have to want it.
•••
G

elguapo said:
One cannot justify buying the X based on cost comparisons, fuel, etc. I've seen so many analyses and ultimately it's an attempt to rationalize something that, simply put, isn't really a rational purchase. I have an X P90D. Love it. But I could easily have saved a ton of money on an X5, Q7, even a Range Rover.

Nothing drives like the X and there are a bunch of other intangibles. I definitely appreciate the OPs review - it's nice to hear an objective review. However, vehicle comparisons, even with prices, will never yield a result where the X is the winner. You just have to want it.
Click to expand...

I reluctantly came to the same conclusion with my wife. She loves her Supercharged Range Rover, whose price all in ($100+ Sales tax + gas + oil + etc) is roughly equal to my XP90D ($132-$7.5). She is glad that I love my X, but she isn't ready for an electric vehicle, and wants another Rover. It breaks my heart, but that's the way it is.
Reactions: vrykolas
•••