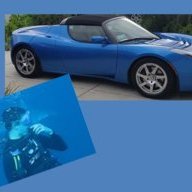 Well that was disappointing. Was excited about attending the event, registered. Was excited to be one of 2 Tesla Roadsters at the local event. Drove over. Went to sign in and Ariene the organizer for the event (which is a oxymoron evidently) said (even though the event was advertising the roadsters) that she had sent an email out (she hadn't...absolutely none in in box) that they didn't have room. Someone else shared evidently the bias of the organizers was only cars "currently available". They should have told the gaggle of kids who came up to my car at the event "ooooh mom its here this is the car I was looking for" .
Couldn't even give me an event sticker for "ask me about my EV" nor a placard for car "event car" . Even though it wasn't "officially" there we had some fun answering questions from a lot of folks who clearly were fascinated (and other than one guy who had ridden in one of the original mule prototypes) didn't seem any had seen a roadster. Lots of "cool car" comments though, and somehow the event photographer didn't mind photographing. Other Roadster wasn't there when I was there, not surprising if they got a similar blow off.

I really don't know what to think about this...was this one organizer's lack of historical interest/understanding of what gets folks excited at car shows (hint ma'am; the detroit car show doesn't get folks there by showing next year's economy identical model to last years' ford fusion). or is it the perspective of folks in general....I just don't get it...from the historical factor alone, let alone wow factor, seems these cars would be front and center at events promoting EV. 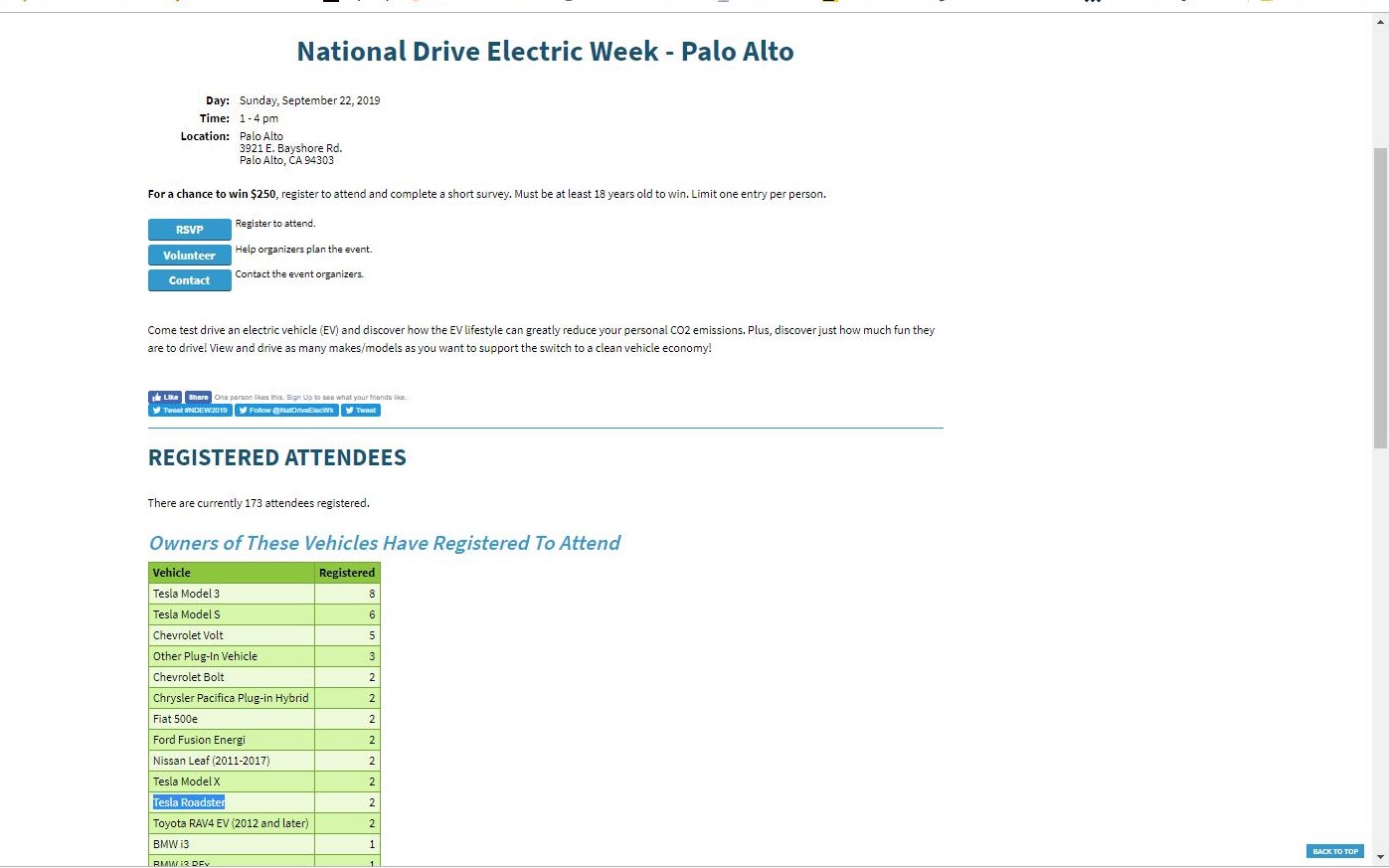 People are so very, very dumb.
Reactions: Mark77a and gnimmaga
•••

roblab said:
...sad. I've quit taking my car to these gas car shows. They don't want to know about electrics, don't want to hear that your fuel bills are ONE EIGHTH that of a gas car. They don't want to know that your base model Tesla will beat nearly everything they've got off the line. Nor that they're quiet... unlike the Corvette down at the end of the row with the open pipes, which are Whoa!!! NOISY, which evidently means he's so strong and powerful, right? And they really don't want to hear that you don't have any service or maintenance to do. Chunka change right there.

People are so very, very dumb.
Click to expand...

I would have loved to see a Roadster in the Drive Electric event I participated. Huge respect to the Roadster owners. Without them, no MS,, MX, M3 or Tesla!
Reactions: Roadster
•••

No, they are often tagged into other car shows, ours was 'crusin for a cure', some amazing machines there, not a lot of love for static displays of electric cars quite understandably. I decided to take a drive around because its not like I was polluting the air, that's when people really noticed.
••• 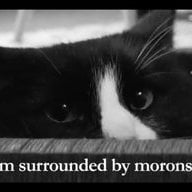 hmbprius said:
Well that was disappointing. Was excited about attending the event, registered. Was excited to be one of 2 Tesla Roadsters at the local event....
Click to expand...

Bummer. It's all about focus though. You just chose the wrong event. The De Anza event (previous weekend) has lots and lots of historical EVs. They had a couple of Roadsters looking all shiny. The Palo Alto event is all about giving people the chance to drive an EV. They've determined that that's the best way to get people to buy them and use them. At De Anza you'll find a bunch of people who built kit cars and conversions back in the day (and some of these contraptions are there). Much more fun if you just want to talk to people about cool EVs.

But attendance at De Anza is falling way off, while the Palo Alto event is getting busier and busier. As I told the De Anza folks, that's what winning looks like.
•••

I would have taken someone for a ride....signed up for it actually. THe organizers just wanted "current cars"....like the roadster I am driving isn't current. Yeah right.
I totally agree taking someone for a ride stimulates interest, which all of us fan's of EVs benefit from ...(not to mention gee maybe the world as more convert?).

Will be sure to show case it at Dream machines in Half Moon Bay next spring, that was also where the first electric motorcycle company (local in Scotts Valley) launched a push....successfully. Although mostly noisey gas cars, one year in their historic row they had one of the original HEnry ford electrics...now that was cool...

I think the organizers were just short sighted (or other adjective beginning with "S" or bought by current companies rather than interested in really understanding current and future fan owners)...if you are at an airshow and have a chance to ride in a Cessna or a P51 Mustang....you would choose.....

As BetTSLA says, each event seems to be locally organized, with their own objectives, and are often tagged on to other events. I brought my Roadster to the NDEW event in Folsom CA, and it was given the honor of the "pole position" next to the SAC EVA table. Lots of interest in the car, way more than the others, but that was kind of the idea. My car was the "eye candy" to get folks to stop and talk. We also had too many cars signed up, but that was too many Models S and 3. They wanted the Roadster, and also overall variety. They were bummed that the Kona didn't show, and rightly so. The need right now is variety.

I talked to about 50 people over the 4 hour event. Interesting that the kids seemed to know more about the Roadster than their parents, several saying it was their dream car. There were a few who had heard of the car, but never seen one IRL, as well as a few who'd never heard of it. Had a towel at the ready for mopping up drool...

The only down-side of the event was that it was nearly 100F in the sun, so I kept shifting my chair to stay in whatever shade I could find.

I have also been at other events where the primary objective was to get the public to actually experience driving and/or riding in an EV, but for that they signed up a couple of local car dealerships (BMW, Ford, et al) to sponsor the rides. Strictly currently available new cars, as that's what the dealers sell, but also for insurance liability reasons, I suppose.
•••

hmbprius said:
I would have taken someone for a ride
Click to expand...

Well, at the Palo Alto event that's second best. Mostly it's owners, and mostly they let people they don't know drive their cars. I've been doing that at several NDEW (and other) events over the past several years. Couldn't make it this year unfortunately. But it's really the driving rather than riding in the EV that makes the experience transformational. Hundreds of people have driven my Teslas. I think some of them have bought EVs, but there's no follow-up so I don't actually know. All I know is that many have expressed great enthusiasm.
•••