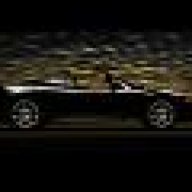 Tesla formed its Energy Group in December 2006 to develop and market custom designed battery packs for customers in a wide range of industries, utilizing Tesla’s patent-pending technology for the development of high-power, high-capacity battery packs with superior performance and safety characteristics. Tesla Motors created Tesla Energy Group in response to demand from outside companies for advanced lithium-ion battery pack technology for automotive and other industrial use.

The second generation TH!NK city vehicle is expected to be launched in Norway in 2007, and selected international markets in 2008. Currently, the new TH!NK is designed using a Zebra battery and a 180 km (112 mile) range and a top speed of 100 kph (62 mph).

The Tesla Energy Group is being led by Bernard Tse (the former founder and CEO of Wyse Technology), a Tesla Motors board member who stepped off the board to lead the Energy Group.

Tesla builds its large Energy Storage System packs from small commercial cells, rather than larger-format cells—the 56 kWh ESS for the Roadster contains more than 6,800 18650 cells. According to Think, their new pack will contain around 3,000 cells. To deliver a safe and reliable high power pack, Tesla focused on developing a high level of redundancy and multiple layers of protection.

The commodity cells Tesla uses in its pack all have an internal positive temperature coefficient (PTC) current limiting device, which limits short circuit current on an individual cell level. The device is completely passive.

The cells also have an internal Current Interrupt Device (CID) that will break and electrically disconnect the cell in the event of excessive internal pressure caused by over-temperature or other failures resulting in over-temperature. Tesla selected cells with packaging, materials and chemical factors that further augment the safety profile.

The Roadster pack comprises 11 battery modules, a main control and logic board, and a 12V DC-DC power supply. Each of the 11 modules carries a monitoring circuit board that communicates with the rest of the vehicle microcontrollers, broadcasting the voltage and temperature measurements of its module over a standard CAN bus.

Each of the cells has two fuses (one each for the cell’s anode and cathode). This allows the cell to become electrically separated from the rest of the pack if either of its fuses blow. In addition to cell fuses, each of the 11 battery modules has its own main fuse that guards against a short circuit across the complete module.

Tesla uses a 50/50 mix of water and glycol for cooling.

The microprocessors, logic circuitry and sensors continually monitor voltages, currents and temperatures within the pack, as well as inertia acceleration and vehicle orientation. The packs also include smoke, humidity, and moisture sensors.

Should any threshold be exceeded, high voltage contactors immediately disconnect the high voltage of the battery pack from the car. The pack design also incorporates an array of passive safety features as well as the active protection systems, which could fail in the event of severe damage, such as a collision.

This article referenced a press release from TH!NK (http://www.think.no/company/pressemeldinger/think_inngaar_samarbeid_med_tesla_motors). I wish they had an English translation. I'd be interested in hearing about this from TH!NK's POV.

Anyone have the specs on Think's cars and price estimate?

DDB said:
Anyone have the specs on Think's cars and price estimate?
Click to expand...

Well here (http://en.think.no/ytelse) they say they have a range of 180km, top speed of 100km/h, and a 10 hour recharge time.  If you go here (http://en.think.no/ytelse/rekkevidde) and click the "Technical data" link you can learn more.  If you know the exchange rate, you can figure out the price from this (http://www.think.no/din_think).  But of course this information is old and based on using Zebra batteries.  Not sure when they'll have info based on using a Tesla ESS.