Driving a rural but high-traffic highway (US 6 from Price to SLC), I saw someone going the other direction flash their high beams. It took me a second to parse, so I looked in my mirror -- "Was that another red Tesla?" But as soon as I got around the curve, I saw what the problem was: debris all over the lanes ...and a pickup truck on the side of the road with a BADLY smashed front end -- a crash.

It wasn't safe to stop to check what was up, so I pushed the button on my steering wheel (my phone is paired) and said "Call 9-1-1". There was a pause, and then a message popped up: "No directory entry for nine-one-one."

Seems to me, that's something the car should be able to do right out of the box!

(I called manually. Turns out it was so rural, there was no cell service. About the time I thought maybe I'd try again, I saw an ambulance running up the hill in that direction, so apparently someone else got it communicated.)
Reactions: EVie'sDad

It's good that you wanted to help.

As I expect you know, the current software does not allow dialing a number by simply stating the digits you would like to dial. A simple work-around, for the future, would be to create an entry called "Emergency" or even "Nine OneOne" if you like, and then simply voice dial that entry in the future.
Reactions: EVie'sDad

Andyw2100 said:
A simple work-around, for the future, would be to create an entry called "Emergency" or even "Nine OneOne" if you like, and then simply voice dial that entry in the future.
Click to expand...

Yeah, as suggested by the response, that's what I'm doing -- "Nine One-One" so that it's more likely to get it correctly. 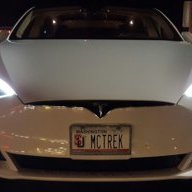 ThisIsTrue said:
Yeah, as suggested by the response, that's what I'm doing -- "Nine One-One" so that it's more likely to get it correctly.

Funny you should mention this. As a first responder myself to crisis situations (Washington state designated mental health professional), I am frequently in contact with dispatch/911. I wanted to touch base while on my way to a situation, but the Tesla, as you learned, couldn't do it. Making a "Nine One One" contact did the trick.
Reactions: EVie'sDad and ThisIsTrue 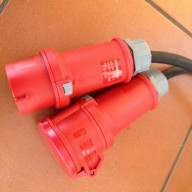 In the day and age where other manufacturers have hardwired emergency buttons... . But no worries, Tesla will get around to it, too, as this (eCall) becomes the law as of April 2018, at least in Europe.
Reactions: ThisIsTrue

I don't believe that the tesla can make any calls on it's own, the car pairs with your phone to make calls, and your contact list would need to have a contact for 911 to dial it automatically 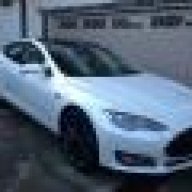 I apologize if this is obvious but have you tried speaking "dial 9-1-1" verses saying call?

Homer Simpson: "Operator, give me the number for 911."
Reactions: EVie'sDad and ThisIsTrue

Tesla gave a loaner Model Y to the UFC fighter that’s waiting for his model s.