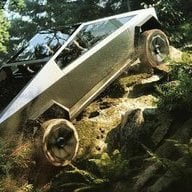 David29 said:
To my mind, having to replace a PC or a tablet after 5 or 6 years is quite a different situation from having to replace a car that cost $80,000 or more after a similar period of time. The PC is only a PC, and it can be recycled more or less easily and economically. Not so much the car. The car has thousands of components that are still working just fine (or can be more or less easily replaced or repaired) in addition to the computer parts that might have reached the end of their usable lives. If the firmware updates are making the situation worse, then it seems to me that Tesla should either make those optional after a certain period, OR should say that replacement of the computer hardware is mandatory if you want certain services such as firmware updates. Tesla has been clear that we must update our firmware but they have not been clear about the hardware side. As usual, communication and customer relations are at the bottom of Tesla's skill sets.
Click to expand...

It was stated in this post that the update in question was optional.

Also no one is saying that replacing the car is necessary, just the MCU hardware. Also even a computer doesn't NEED to be replaced after 5-6 years, if someone takes it to a computer shop or is good with computers themselves, they can likely replace 1-2 parts and their computer will be working fine again. I built computers for friends and updated them for years. A friend of mine had the same computer with just a few replaced parts over the time of about 10+ years.

If we look at almost anything that has a computer in it that recieves regular updates, it won't last more than 5 or so years before it starts to get slow. Smart home systems (depending on complexity), personal computers, tablets, phones, now car systems, and i'm sure tons of people have worked in factories where the old equipment runs very slow with the old computers.
Reactions: David29
•••
S

The update was the NHTSA recall (eMCC fix). Tesla claims doing a government endorsed recall is my choice although they sent all impacted owners a letter telling them to get the recall - there was no warnings in the government issued recall. And they knew it could degrade the car but never warned me. They even admitted that they reflashed the firmware without giving me a choice but I assume the risk if the firmware upgrade degrades the car. They also admitted this issue has persisted for many months on random vehicles. If anywhere in a release note they said your car might not be drivable for up to 10 minutes I would not apply it.

Today the car wouldn’t start for 4 minutes (after not starting yesterday for 6 minutes) with completely different symptoms.

Would you expect a recall to make your car less safe? I noticed when the car finally lets me drive the reverse sensor are sometimes not yet functional - pretty important safety feature - and some of the settings seem to change (walk away locks somehow became turned off).
Last edited: Apr 6, 2022
•••

I don't recall anytime i've updated any device to be told that the system might become slower. This isn't something that any company that I know of has ever put as some warning before clicking the update button for any product.

I'm not saying don't be upset or annoyed, *sugar* sucks, the world isn't always going to be optimal. The thing that i'm arguing is that Tesla has done nothing wrong here. You are saying that you bought a car, not a computer, and you want the car to remain functional when everything else is functioning perfect fine except the computer. My argument is that you bought a computer with wheels. You bought a car from the company that makes the most technologically advanced vehicles in the world, controlled almost entirely by a computer with very few other buttons or levers compared to traditional vehicles.

This isn't an isolated thing happening to just Tesla or just certain industries. This is something that is becoming more and more common in the world as countless things that didn't used to have updating software is beginning to.

If this is a huge issue, I'd recommend selling and getting a car that doesn't get updated. you get what you get when you buy it and it remains the same until the day that the car itself dies. However if you want the advanced technology of a Tesla, and the goodies that come with updates, the hardware will eventually become outdated and that hardware controls basically everything, so everything gets slower.
•••
B

Model S Apr 22, 2022
VegasBlue
V
5
Over the air improvements or Over the air repairs? (No wonder such few recalls) *SupperCharging is Slower and Range Decreased!

So this is a Tesla! First impressions that don't repeat the obvious (I hope)