Back and forth between a 3 and Y 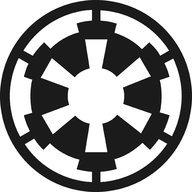 Thanks. Do we have any idea when the interior refreshes from the 2021 Model 3 will start appearing in Model Y?
A

Just got a Model Y here in the DC area.

I have to warn folks that they definitely have not solved the quality control issues, even with recent builds. I actually considered refusing delivery of my vehicle, but I had no replacement car and can't bwait 5 to 8 weeks for a replacement.

There were no other Model Y's of the same build I ordered in the "local area" and they charge you $2000 to have another one shipped in if they can find one in the national inventory that matches what you ordered.

They had a more expensive one with the larger wheels nearby but wouldn't let me look at it before making a decision on the first one and gerting "re-matched" with that other one. This part was infuriating, actually.

Anyway, here are the problems with my Model Y (which arrived 30 Sep):

- Front doors slightly bowed out so that the exterior door handles are "sunk in" and not flush like they're supposed to be. One is nearly 1/4" off of flush.

- The front doors are also not flush with the rear doors or with the rocker panels below them, as they're supposed to be. The rocker panels issue Is about 1/2" out of being flush/even on one side, less on the other. The front-to-back door unevenness isn't too bad, but one can definitely see it. You just don't see that on recent Model 3's or other companies' cars.

- Rear passenger side door not flush with the wheel wheel trim by almost 1/4".

- Charging port door cover arrived with gouges along the top and bottom, is misaligned, and doesn't responds to the fingertip open sensor as it's suppose to.

- The driver's side A-pillar cover arrived mostly popped off the pillar (!!!), with bent attachment connectors. They were able to fix this one at the delivery store, but I was shocked they let this one get to the delivery appointment. It was an obvious, glaring error they should've been embarrassed by.

- Small impression or divot in the soft grey dashboard cover near that driver's A-pillar. Maybe someone tried something stupid to wedge something between the A-pillar cover and dashboard to push the cover into place? I'm waiting to see if thermal cycles slowly even out that little divot.

- Gouges along the back of the steering wheel airbag cover with the Tesla logo. Their prep detailer did a terrible job detailing it, with shipping tape stuck between body panels, so he may have done this after it arrived. Don't know.

- Two 1/3" diameter paint blisters on the passenger side front quarter panel right along the seam with the frunk.

- A lot of little asymmetric panel gaps other than those already mentioned, including around the frunk and rear hatch.

At delivery, one of the really young delivery prep dudes walking by took a quick look and tried the old "it's in spec" for some of these. I walked off the lot, rescheduled my delivery for two days later, and basically came back and gave the location manager a pretty strong speech. At that point, he hooked me up with more reasonable delivery agent I had noticed at the original delivery attempt, who agreed to document most of this with photos and get it in my file (supposedly). They also brought out the service manager to talk through the issues.

I'm trying to get as much of this fixed as I can at a service appointment this week. We'll see what they say. I hadn't really documented the door panel and handle flushness at delivery, so I'm worried about that one.

Finally got in for a service appointment at the end of November. They actually we're able to fix 90%+ of the issues listed above after a three day service appointment spanning Thanksgiving weekend. They said everything was "within Tesla specs" after the fixes. However, I may go back to try to get the front-to-back door alignments a little better (which they may make me pay for). And the drivers side handle is closer to flush, but still not quite flush like the other three.

They aligned everything as best they could on the doors and rocker panels, but maybe another tech could do better?

A Tesla customer service guy told me they have 14 points of adjustment or something like that on the doors. It looks to me that the problem is the doors are just not made to high tolerance yet on the Model Y. They have the outer and inner metal door parts welded together as an integrated 3D assembly. Based on looking at literally dozens of Model Y's, it seems like that process is just "off"...there's nothing a tech can do if the doors just are bulging or welded slightly cock-eyed.
N

I bought a model Y and coilovers to lower it. Not a fan of the sedan shape. 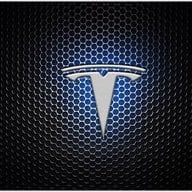 IROAR said:
You will never be sorry with too much cargo space. Being able to transport large items is a plus in the Y. Large items will not fit in the trunk and may be too large for the back seat in a M3.
Click to expand...

I went to Bestbuy about a month ago to pick up a Samsung 65" Frame TV. I was waiting in the outdoor pickup area where the associate came out to question me on how I was going to get this into my car, told him it would fit and not to worry. Popped the hatch, folded the seats and it ate the entire thing and closed no problem. Did not even have to lean it to one side or lift it up higher or figure how to get it in, just straight in. Plenty of cargo hold in the Y.
Reactions: Krock65