New disengagement reports are in!

Tesla seems a bit shy, they have 0 miles in CA, but the WAYMO and Cruise results look impressive. So I wouldn't really test my own inferior system in CA either, with those two reporting.

Billions.
Of Miles.
Of Real-world data.

Taste it. Does it sound true? Does anyone actually *believe* that Tesla is using billions - THOUSANDS OF MILLIONS OF MILES - of data?

*Billions* of miles to develop our *autonomous technology*. 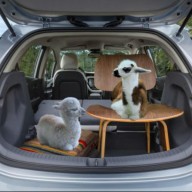 If they're using the same computer modeling systems and simulations they used to justify skipping the beta testing phase of the Model 3 (because Tesla said their simulations were superior to real world testing).....
Reactions: zmarty and cwerdna

Emails between Tesla and CA DMV on Smart Summon, FSD

A theory about Tesla’s approach to autonomy

Waymo’s “commercial” ride-hailing service is... not yet what I hoped