First time post long time lurker. I've studied/looked at all the spreadsheets that have been posted about different, make, models, tires, colors, etc. coming in. Just wanted an opinion on if I were to order right now what are the chances of getting my car in my possession before Dec 31st?

RWD vehicles have been recently appearing in about 2 weeks. So, yes, really high probability.
••• 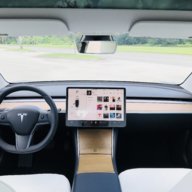 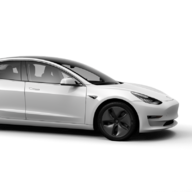 First time post long time lurker. I've studied/looked at all the spreadsheets that have been posted about different, make, models, tires, colors, etc. coming in. Just wanted an opinion on if I were to order right now what are the chances of getting my car in my possession before Dec 31st?

In Chicago (which is apparently near one of Tesla's major rail distribution points), paying cash, with that configuration, I'd expect delivery is possible in September/October. Financing might add a couple of weeks if you're going that route.

Thanks for the info!

The past 4-5 days I've been going back and forth in terms of whether I should wait for the SD Model 3 to come out or jump on the long range now and get the higher tax credit. Also bought a house this year so adding this would be a niceeee return to help pay for this haha.

My commute to work is about 13 miles each way...but the drive can take anywhere from 30 min - 1 hr and 25 min (Chicago Traffic). For trips that the wife and I make in the car, the farthest we go is to Detroit to visit family and that's about it (long distance wise....we go up to Traverse City and Grand Rapids regularly throughout the summer). I just don't know if it's worth the extra $$ for the long range? Also I probably should be taking in the fact that the model 3 will be outside in it's own private spot by uncovered....

hmerrill3 said:
In Chicago (which is apparently near one of Tesla's major rail distribution points), paying cash, with that configuration, I'd expect delivery is possible in September/October. Financing might add a couple of weeks if you're going that route.

I think you're all but certain for the end of the year. As others have stated, RWD can show up really quickly. I stopped at Highland Park which is where I'll be picking up, and was told that there were people who ordered and they were calling with cars within two weeks. Granted, that was back in early July when the backlog of cars seems to have been much larger, but it definitely seems possible.
•••
C

Goatdan said:
I think you're all but certain for the end of the year. As others have stated, RWD can show up really quickly. I stopped at Highland Park which is where I'll be picking up, and was told that there were people who ordered and they were calling with cars within two weeks. Granted, that was back in early July when the backlog of cars seems to have been much larger, but it definitely seems possible.
Click to expand...

Thanks for the response. Any comment on what I wrote above (LR vs SR)? AWD vs RWD I've already decided snow tires are enough
•••

Read below from @Troy posed earlier today (don't get lost in the AWD conversation in the first paragraphs, you want in info in the last paragraph I quoted:

Therefore people who ordered the LR AWD recently (maybe in the last two weeks) and who don't care about AWD that much, should consider switching to the LR or at least keep monitoring how things progress and keep that option in mind.

In addition, buyers from the US who are waiting for the SR (not SRD) should consider ordering an LR instead. If you wait for the SR, you will get $3,750 federal tax credits. If you order an LR now, you are almost guaranteed to get the car very soon. In fact, it is 83% likely that LR's ordered now will be delivered within a month. Therefore, the Long Range battery would practically cost $9,000 - $3,750= $5,250 more than Standard Range. That seems like a good deal considering that you would get the money back when you sell the car. The same applies to SRD buyers who have a reservation or owner priority. They should consider ordering an LRD now.
Click to expand...

In my opinion, I’d go for the LR. Winter is terrible on range and the fact that your vehicle will not be garaged won’t help. Many other reasons why LR is better, but buy what you can afford is my advice.
•••

Agree on LR, more range in cold weather and with $7500 tax deduction when obtained before 12/31 the cost difference shrinks.
•••
G

ChiTownT said:
Thanks for the response. Any comment on what I wrote above (LR vs SR)? AWD vs RWD I've already decided snow tires are enough
Click to expand...

I did a LOT of calculations on my own driving habits, and here is some insight into myself. Your mileage may very.

It's a long reasoning, by the way, but I hope it can help. It took me a lot of time to figure this out, so if it helps you that's awesome.

By the way, this started because we bought a Leaf sort of on a whim last April (it was really cheap and both our cars were in rough shape but not dead so we figured we would try it for a bit and then either sell it or sell a car in the future... We fell in love and are now replacing my Sentra that remains and is completely falling apart now with the 3 to be done with gas forever... Anyway...)

I found that in a year, based on my driving habits, we only went beyond the Leaf's 80ish mile range about 10 times. Of those 10 times, either a SR or LR 3 would have met my needs with only one exception. For that one exception, the only problem was that I stayed at a location that would have had to be a slow charger, and I wouldn't have re-got enough juice to make it all the way home. Where I was, there were some fast chargers in parking lots, but no superchargers. Total charge time I would have needed would have been an hour to make it home, so not a huge deal.

I then looked at the last road trip I did. It was a 1770 mile trip over five days total. Even two years ago, most hotels we stayed at had Tesla fast chargers, so I would get "topped up" at night theoretically each night. The LR car would need to be supercharged for a total of about 1:30 to get through each location. The SR version would have needed to be charged for 3 hours. I was honestly surprised by how little the difference was. An average of 18 minute difference a day.

By the way, I assumed my gas car would need a 10 minute refueling every 300 miles which was pretty accurate for it. That means the LR version will only "cost" me 30 minutes of time if I make the exact same trip. On top of that, on each of the longer days we stopped for at least a 30 minute food / break for driving outside of the gas stop, so I really look at the Super Chargers as time saved not screwing around at gas stations and nothing more. Based on that, the SR version would only cost me 30 minutes of charging time, essentially once a year. I had *almost* figured it was worth it for that to just go SR.

I ended up with a few things though that made me opt for LR. First, I won't have as easy of a time charging this car unless we run a service into the garage, which I'll probably do (bonus my father-in-law is an electrician so we can get stuff done correctly!), but for now I'll need to charge it on the Leaf charger. The Leaf needs to be charged pretty much every day. I do drive about 50 miles a day during the week, although that ranges from 10 miles one day to 100 the next. Regardless, at 250 miles a week of driving, I can charge the 3 once a week and then leave it go. That makes that a lot easier.

Secondly, we have timed electric rate options here. I intend to move to the cheaper overnight rates for charging both cars when we get the 3 - we aren't like that now because we both fight to do all our driving on the not-falling-apart Leaf, so it gets about 90 a day on average meaning it needs to be charged at all hours. Charging 125 KWH or so / week for both cars at a nickel off should save me about $325 per year, which isn't a ton but over 10 years would be $3250...

$3250 rate savings + $3750 tax savings = $2000 "actual" LR battery cost over the life of the car made it an absolute no brainer for me, even though I won't use it tons. It gives me a lot more flexibility. Oh, and my Sentra guaranteed won't make it until the SR would be delivered, so I'd probably spend that $2000 on either keeping it going or getting something to use for a few months, which would be crazy.

If you don't take many road trips or if you wouldn't road trip in the 3 anyway, if you don't need it now and if you have a way to charge every night anyway, SR may be the the better option. To me, the differences were worth it.

Oh, and finally, it's probably also worth asking if you want the premium upgrades package. For me, the answer was absolutely yes I do. I have wanted a car with a sun roof for ages, never getting one because when I bought my Sentra the upgrade to sun roof was absolutely crazy different in pricing. I like the glass of the 3 better anyway - I don't want to open the sun roof, just look up and see not a ceiling - and I figure this will probably be the brand new car we purchase. (I'm not that old, just banking on autonomy becoming a real think in the next 12 or so years.) I've saved for my dream car for nearly 20 years, and it just so happens that it changed to a 3 right after we got the Leaf (goodbye, DeLorean of my dreams ). I'm good with making it nice.

If you would rather save the money on the upgrade package, the $2,000 difference I mentioned above becomes a $7,000 difference for me and then it's a bit harder to justify.

Given that new LR RWD orders are getting filled within 2 weeks it means there is no one left on the reservation list waiting for one. I'm guessing there are around 100-200k on that list waiting for SR. At current production rates it could take 6 months to burn through that backlog (and that is assuming every car they make starting in January is SR, which is probably not going to be the case). So, if you wait for the SR it is likely that you will be at the end of a very long line, and may not even get the 50% tax credit.

If you can afford it, the LR will get you the full tax credit, and you will get it a lot sooner.
•••