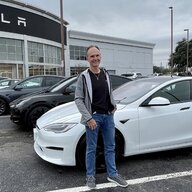 I am seeing a strange behavior with my Model 3. I use scheduled overnight charging, which finishes by early morning. If I am not using the car, but leave it plugged in as recommended by Tesla, later in the day I walk past the car in the garage with my phone. This wakes up the car and it starts charging again for a very brief moment, sending me a charging complete notification to my phone.

I never had this happen with my S. It would always wait to charge until the next scheduled charging time, even while plugged in and slowly draining the battery.

Has anyone else seen this? I'm not sure it would matter, but I'm using a J1772 adapter with a Level 2 EVSE to charge. 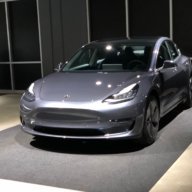 Yes, this happens to me as well. I believe there is a serious bug in scheduled charing on the 3. My case is even more annoying to the point of insidious.

What I do is to schedule charging at midnight with a limit say 60%. It would reach the limit and stop charging early morning. Then vampire drain will drop the charge to 59%. 15 minutes later, the car will start charging again. Four drain and charge cycle happened to my 3 in one hour before I intervened and reset the next scheduled charge time to 11pm instead.

What you describe is similar to what I am seeing, except in my case it only started charging again when I walked past the car with my phone, waking it up.

I was on 2018.4.9 until yesterday evening when I got 2018.10.5. I’ll report back if this FW changes the behavior. I suspect it will for me since this new version changes the proximity based unlocking behavior.
••• 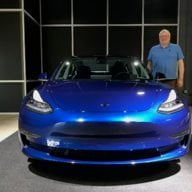 I too have the intermittent charging problem on my M3. I ltook advantage of the local power company time tiered rates between 11:00 PM and 6 AM and set the TM3 to start charging at 11:30 PM. It worked fine from delivery on Valentines day up until I took it on its first trip up to Oregon and back two weeks ago. After I got back, the car began to intermittently charge as reported above. Specifically it would drain down about 5 to 7 miles, then start recharging. I would get 7 to 10 "recharge complete" messages during the day. My Den is above the garage where the TM3 is parked and I have the phone key turned on. I estimate the distance is about 15 feet (with a floor separating) the phone and the car. I work out of the Den a fair amount so the phone is often there. I also charge the phone in the Den at night. So, I'm thinking that perhaps the nearness of the phone is keeping the car awake. It is certainly true that if I step into the garage with my phone in my pocket, the TM3 wakes right up ( the lights come on and the rear-view windows unfold). So, I called Tesla. I was referred to the diagnostic team after the service rep talked to me about the problem. The tech suggested that I plug the car in after 11 and unplug it in the morning; so that is the current practice. In between, the first call and the call back from the service tech on the diagnostic team, the car software upgraded from 4.8 to 10.5 (nice to have five full fanny warmers and 90MPH emergency braking, but best is the touch the door handle to wake up the car.) but the intermittent charging behavior was not corrected. I got a call back day before yesterday and the Diagnostic team service tech had me check to make sure that I had indeed set the correct charge start times(I had), then soft and hard reset the car to no avail. Then he had me cold restart the car ( There is a power-down toggle in the "Safety and Security" panel ). He was monitoring the car all along and said that it was still clearly re-charging. And interestingly, that mine was the first such reporting of the intermittent failure. But it is clear people here are seeing it too. Are you all letting Tesla know about the problem? Anyway, he said he'd collected enough data so that the diagnostic team could really dig into the problem and figure out what is going on and perhaps provide a fix. He suggested that the practice of plugging in after 11PM and unplugging in the morning continue until they figure out what is going on and provide a fix. So, my evening ritual is continuing.
Reactions: Tin Little
•••

The problem still persists after upgrading to 2018.10.5 for. @VBruce, thank you for being the first one reaching out to Tesla service.

I was suspecting phone key proximity waking up the car unintentionally but then I went out with my phone in my old SUV and leaving the 3 in the garage, shutdown the Tesla App completely, but still got notifications of intermittent recharging.

Will call Tesla support when I get back from the ski trip this weekend. Now I can't decide whether to plug in the 3 while I am gone for several days.
•••

Thanks for your comment. I wish I had some good advice but I’m waiting for answers too.
•••

For me personally, I have not had this issue since upgrading to 2018.10.5. I presume that is due to the modified unlock code in this release because my car doesn’t wake up every time I walk past. Now I generally have to press in the door handle, then it will wake up.
Reactions: VBruce
•••

I suggest that a way to fix this is to have daily charging available time ranges settable by GPS location. Thus.if the car is at the location and the charger is plugged in, it follows the available charging time rule. At other locations a plugged in charger is a signal to immediately begin charging. This rule requires a start time, an end time or span, a gps location and whether or not Charging is permitted. This is admittedly more complex than the current control; but is completely upward compatible.
•••
D

I am getting the charge complete notification constantly after the charge is finished. However, it doesn't seem like the car is actually drawing any power. But the car "wakes up" and decides to re-send the notification. I have noticed since 10.5, the car really likes to go to "sleep." I am always getting the waking up message when I open the app.


VBruce said:
I suggest that a way to fix this is to have daily charging available time ranges settable by GPS location.
Click to expand...

The schedule start and amps are set by GPS. I have scheduled charging at home, but if I plug in anywhere else, it'll start charging immediately.
••• 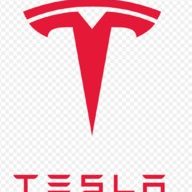 Just a suggestion here, and no, I UNFORTUNATELY do not yet own a Model 3- a long wait here in Australia. :-(

We do however have a Mitsubishi PHEV, which has none of the automatic timed charge options of the Tesla.
When fitting a heavy duty power point in my garage, I added a seven day digital time clock in the circuit, which did not add very much to the cost, but gives me very easy control of when the power to the car is on, and/or off.
We always charge our PHEV after about 1am, and I can even set different charge regimes on different days of the week, OR control it manually. It’s very easy to adjust the timer.

It might be wise for anyone getting a charge point installed to include such a timer.
•••

Model 3: Battery & Charging Apr 28, 2022
BruceHulkBanne
B
A
2021 Model 3 never ramps back up after temporary amp restriction by EVSE