Please help with my understanding of the electrical world terminology. My knowledgeable brother in law, says there is no such thing as, or it’s incorrect to refer to, a two phase 240V service. Rather it should be referred to two single phase lines. Calling a service a three phase 208V service is correct however.

Did the old 2 phase 240 service reserve the terms and require some other naming?

What’s the correct terminology to use? 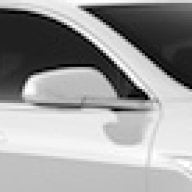 GuyHall said:
Please help with my understanding of the electrical world terminology. My knowledgeable brother in law, says there is no such thing as, or it’s incorrect to refer to, a two phase 240V service. Rather it should be referred to two single phase lines. Calling a service a three phase 208V service is correct however.
What’s the correct terminology to use?
Click to expand...

Right - transmission and distribution systems are usually 3-phase (each line is 120° out of phase from the others; the sine-wave is shifted 1/3 of a cycle). That gets stepped down through transformers to lower voltages as you get closer to the users. Industrial and commercial buildings typically have 3-phase service, often 277/480V (meaning 277V from each line to neutral and 480V line to line or "phase to phase") or 120/208V or, in Canada, 347/600V.

But typical household service in North America is 120/240V, and it's single phase because they take just one of the 3 phases from the distribution network, use a transformer to reduce it to 240V, and then take a tap from the middle of the secondary side of that transformer as the neutral, so that the 2 hots are equally "above and below" the neutral. Then they run those 3 wires to the house. So it ends up being 120V from each hot to ground and 240V between hots (the two hots are 180° out of phase), but it all comes from a single phase.

That's my understanding - anyone, feel free to correct my mistakes!
••• 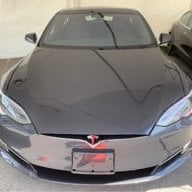 Electricity is generated and distributed long distances in three phase because that keeps the power levels close to constant. With AC electricity, the voltage and current levels are constantly changing, the cleanest way is via a sine wave. This would be easier to describe with some sort of drawing medium, but picture a sine wave, for simplicity lets say a singe cycle is 360 ms long and it starts at zero level at time = 0. Now picture another sine wave that starts 120 ms later, and a third that starts at zero 240 ms. If you added the three sine waves together, you get a straight line right down zero, the three phases balance each other out in total. 2 phase would too, but 3 phase has some advantages they talked about in power distribution classes in college, but it's been 30 years and I forgot why.

What Peter_M said is also true. When the high tension power is stepped down to go to neighborhoods they send one phase to each neighborhood and you get one phase at 240 V coming into your house which is split in two 120V rails for most needs, but left at 240 for some things like electric clothes dryers. This is for North America, each part of the world does it a little differently, but the core principles for generation and distribution are similar. North America uses 60 Hz and I believe most of Europe uses 50 Hz.
••• 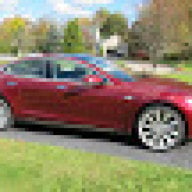 U.S. residential 240 power (the situation you're referring to) is called split phase. It's one phase but it's tapped in the middle, giving you access to both 120 and 240.
•••

Please help with my understanding of the electrical world terminology. My knowledgeable brother in law, says there is no such thing as, or it’s incorrect to refer to, a two phase 240V service. Rather it should be referred to two single phase lines. Calling a service a three phase 208V service is correct however.

Did the old 2 phase 240 service reserve the terms and require some other naming?

What’s the correct terminology to use?

As the other posters noted, indeed it is single-phase power.

Because you need two wires, one for each end of the phase, some people refer to this as "two-phase" power. While you have two phase-conductors, it's only a single phase of the generation equipment. When you have three phase power, it's supplied on three phase-conductors.

At that point, transformers (in residential systems, either up on poles or sitting on concrete pads, typically) take the two phase conductors and step the voltage down to 240VAC +/- 12VAC. A connection is made to the transformer's center and that's connected to earth - hence the "split-phase" terminology.

Those two open lines on the left are the distribution phase conductors.

So now you see why some people would refer to it as "two-phase".

For 208V120Y service, it is indeed three-phase. In this case, one end of each of the phases are connected to a common point ("neutral"), and the other end of each phase is offered as a hot conductor. This is known as "wye" service, because of the shape of the phase connections. You get 120V from the neutral to any "hot" phase-conductor, and 208V between any two "hot" phase-conductors.

(Note there are different three-phase configurations, like "delta" power where the phases are connected end-to-end, but that's outside the scope of this.)
Last edited: Nov 16, 2015
•••

This is a good place for me to bring up something that came across my radar a short time ago. When I was querying my sister about the capabilities of her new house to service a Tesla, she told me that, since they had 6-phase electricity, they certainly could....

Talk about being flustered! I said not even one peep, but have been wondering what on earth she could have heard to come up with that.

By the way, there is such a thing, I learned a few centuries ago, as "real" two-phase power; I believe Edison's first plant at Niagara operated thusly. I try not to think about it because when I do, it's confusing: since the legs would be exactly 180º out of phase, it would seem to me they would continuously be in the electrical analog to hydro-lock. At any rate, I think it's academic. And when I was looking up 6-phase, I learned that for some mil spec situations, multi-phase set-ups have been devised (20 or 24 or 36 or some such).

Back to my sister's house. Last clue: they live in New Zealand.
To what could she have been referring?
•••

Absolutely no idea. There were a few studies done in the late 1980's and early 1990's suggesting that moving to 6-phase generation equipment could be more reliable and less expensive in terms of maintenance, but obviously it didn't take hold. The only thing I can think of is that they might get three-phase power but all 6 phase conductors are delivered independently instead of selecting a 4-wire or 3-wire design?

To your middle point - yes, early in electrical systems there was a two-phase design. They weren't at 180 degrees but rather 90 degrees, so you wouldn't end up with a lock. It was found in motor-heavy industrial environments, prior to the availability of capacitor-start single-phase motor designs.

If you want a way to see how it's single phase in real life, look at the utility poles and wires the next time you drive down a small country road. The poles will have 4 wires, for the 3 phases plus neutral (not counting phone/cable wires that might be on the same poles), and as you pass by each house or group of houses, there will be a transformer on the pole. If you look closely, you'll see that each transformer is connected to just one of the 3 phase conductors and the neutral. As you go from transformer to transformer, you'll see that they rotate through the phase conductors to distribute the load. Some bigger locations (commercial buildings, farms, etc.) would have 3 transformers on the pole connected to the 3 phases, and feed a 3-phase service (4 wires) to the building (likely 120/208V or 277/480V, or in Canada, 347/600V).

It's not always done this way - sometimes the transformers are on the ground, etc., but this is a common arrangement, and it's kind of interesting to see how it works.
•••
M

This is true. Smaller distribution areas may have a neutral conductor on the primary side to keep loads balanced as well.
•••

FlasherZ said:
...To your middle point - yes, early in electrical systems there was a two-phase design. They weren't at 180 degrees but rather 90 degrees, so you wouldn't end up with a lock. It was found in motor-heavy industrial environments, prior to the availability of capacitor-start single-phase motor designs.
Click to expand...

Like an old John Deere... keep in mind your cycle still happens 60 times a second, so it's not audible like a pop-pop engine. That said, it's a weird arrangement, but it got the motors started in the early 1900's without a manual force (think: "CONTACT!" before pulling the propeller). Most loads (other than the motors) were only connected single-phase and the phases are typically delivered via 4 wires, so you could balance across them.
•••

cinergi said:
U.S. residential 240 power (the situation you're referring to) is called split phase. It's one phase but it's tapped in the middle, giving you access to both 120 and 240.
Click to expand...

Yes, I have heard many people refer to it as "split phase" as well.

Thanks to all the experts who chimed in on this thread to answer the original question. This is a common question about residential power in the USA.


Other related questions can come up such as:
#1: Balancing loads within a residence between the two "splits". (I assume to keep your transformer from overheating.)
#2: More than one residence sharing the same transformer.
#3: What happens if the neutral wire to your house breaks.
#4: Confusions between 208v/220v/240v and 110v/115v/120v
#5: Confusions about separate ground vs legacy ground/neutral. (3 prong plug vs 2 prong plug)

Battery self consumption across all three phases with 1p PV?