I feel like these cars aren't meant to be cross-shopped, but it seems fairly close. I've owned a Model 3 and currently own a Model Y my wife will be taking.

Both vehicles would be White with included wheels and interior.

2021 Model Y Performance w/ FSD: $70,990
2021 Model S: $79,990
Am I crazy to compare these, or what am I missing? I've never really been in a Model S, but they do seem significantly nicer with some of the items I mentioned above. I feel like I'd be willing to trade FSD and reduced cargo space (still with a hatchback and fold down seats) for all the luxury style features, speed, and range. Thoughts?
•••
D

The S is a much more luxurious car and has a ton of room inside. Cubic space might be smaller, but functionally I think the space is much better.
Reactions: croman
•••
K

Just wrote the following on a different thread. Was comparison of a 3 to and S. Other than the S / Y size differences, the rest of the below applies to the Y just the same as it does to the Model 3. For only a $19,000 difference, Model S would be a no brainer for me.

kizamybute' said:
Far superior car. After owning several Model S cars, I finally decided to give the MUCH CHEAPER Model 3 a try. Pretty much hated it from day one! Not to put anyone off of the Model 3. If you haven't owned a Model S, then you won't know the difference and the Model 3 will likely be great for most coming from other types of cars. However, for me, I was spoiled with the Model S. I gave it an honest try with the Model 3 for about 8 months. Finally ordered a new S. My first "Raven" version and WOW. 5 miles in, I was instantly at peace, relaxed and said "I'm home". It was worth every penny to upgrade back to the S, for me at least.

The Model S is just a far superior built car. Aside from it's obvious size difference, the quality level is clearly apparent.

Interior MUCH quieter on the S.
Seats far more comfortable.
Air Suspension produces a gazillion times better ride than the stiffer Model 3. (many will prefer the sportier ride of the Model 3). Personal preference. With Air Suspension though, I have a choice for a nice cushy ride if I want it, especially appreciated on long trips. Or, I can stiffen it up for a sportier ride too. I love having the option.

My Model 3 didn't have key fobs, was a huge deal for me as I hated having my phone as a key. This has since been corrected, but was one of the big reasons the 3 annoyed me so much.
Model 3 also now has an automatic truck, which mine didn't. Although, I prefer the hatchback and added space afforded, not just from the size, but from being a hatchback.

For me, I hated everything being controlled in the center screen. Did not like the Horizonal layout. Much prefer the vertical layout where everything is easily readable. Things on the far right of the Model 3 screen are difficult to see at quick glance while driving. I love having my navigation instructions directly in front of me, especially on the tight winding roads I am commonly on.

Little things, like having a simple glove box button was a big deal for me. Much prefer the additional stalks.

Personal preference, I like the wider stance of the Model S. Hated the headlights on the Model 3. Rest of the car looked OK, but was too narrow for my taste.

I also hated the door handles. My hands are commonly full and I love being able to open the Model S with my pinky (all that I have available without setting things down first). Model 3, had to free up an entire hand to open the door.

Again, most are simply just my personal preferences in a car and what's important to ME. The Model 3 certainly has a technological marvel and really isn't missing much in comparison to the 3, which is what appeals to most seeking to enter the Tesla world. So in that respect, you won't be disappointed with a Model 3. But, if you're coming from a Model S, and any of the above is important to you, or if you love the quality of a larger Mercedes, BMW, Audi, etc, then the Model 3 could disappoint. Just sharing my firsthand comparisons for those that might have similar preferences and tastes to my own.
Click to expand...

I had a p85 rental for a day last month...Hate it. So dated and felt like i was driving a grandpa car(aka like a older Avalon). The ride was better though for sure The new Model S is the best of both worlds now i would think though.
•••
D

MYP rode way to rough for me. Plus if you live somewhere cold you need to buy a 2nd set of wheels which would add even more cost. I sold my MYP and have a LR on order. I think I will be much happier.
Reactions: whisperingshad
•••
C

Does the Y actually store more? The S is huge! We love road tripping with our S (Doing a 4th of July trip now. The latest S is amazing.
••• 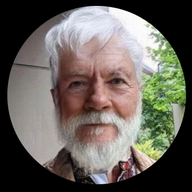 For the ones who face the same question. We have both a new y lr, ans 2016.5 s 75d on coil suspension. I prefer s, as i dislike driving position in y, especially on twisty roads. Somehow A pillar is always blocking the view of the turn ahead in Y. I feel confident going through turns 10mph faster than in Y.
Space-wise, very comparable.
Reactions: baldwin
•••