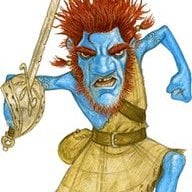 We drove from Bowie MD to Shenandoah NP this weekend, and navigation really bit the big one.

First, I got a huge number of "No route found to this location" errors, despite using the suggested location. E.g. type in "Loft Mountain", and the first suggestion is "Loft Mountain Campground, Shenandoah NP". Select that, and "No route found". This is in my garage, where I not only have massive cell connectivity but also am connected to my home wifi. Got the same error again several times trying to navigate home, which makes some sense since the cell signal at Shenandoah is spotty. But once it gives up, then even when you get to a place with 3 or 4 bars it just doesn't even try, and I still get "no route found".

Then, when it finally did route me home it was insanely stupid. There are probably 4 chargers along the way, I've got 51% in my battery and 2500 feet of altitude I'm about to lose, and it puts me into Madison VA, the very first SC on the route. It wants me to spend 18 minutes charging from 44% to 79 or something. So I just drive past, and of course instead of selecting a new one I finally had to cancel to get it to stop telling me to make a U-turn and go back to Madison. So I canceled and re-entered "home", and I see a route through DC with a charge in Arlington. Perfect, I thinks to myself. It's the 395/295 route through the city, should be okay on a Saturday afternoon. (Reader, it was not.)

But no. It's a route through the entirety of Arlington, on 25 MPH streets, to the Arlington SC which is an urban SC! It wants me to spend 20 minutes there, after spending an extra 20 minutes driving to it. At that point I checked and it said I'd have 4% left if I just went home without charging. Since that calculation always overestimates usage, I did that. (Got home with 7%.)

Why on Earth would it take me through a whole city to an urban SC? I checked on ABRP when I got home, which suggested Falls Church, a v3 SC about that adds about 1 mile to the direct route. Vienna would also have worked. So of three options, Tesla picked the worst by a factor of like 5.

In the meantime, I highly (I mean highly) recommend using ABRP for planning the trip, and the car's navigation just to get to the next stop. While you are charging, get ABRP to reevaluate the remaining portion of your trip. Even then it's not great but at least you will not get big issues like this.
Reactions: Krock65 and Johnny Vector
•••

GtiMart said:
In the meantime, I highly (I mean highly) recommend using ABRP for planning the trip, and the car's navigation just to get to the next stop. While you are charging, get ABRP to reevaluate the remaining portion of your trip. Even then it's not great but at least you will not get big issues like this.
Click to expand...

Agreed. Sure would be nice if it were easier to navigate directly to a supercharger, though. Like, how do I remember that Joyce Kilmer rest area is in East Brunswick? I don't know that! And I've had very poor luck just touching the supercharger icon on the screen to navigate there. C'mon Tesla, make this easier!
Reactions: CapsEngineer and GeezerSquid
•••

Range Anxiety Woes (or, how do we do some of this with the navigation?)