Intro:
Being told by the service center this is normal, but I’ve experienced otherwise via a loaner and a friend’s Tesla model 3. Since my sample size is a bit small it would be great if I can get confirmation from a larger community. Sorry, if this has been discussed already, I’ve searched but didn’t seem to hit on the keywords to find it.

Question:
Is a Model 3 or any Tesla vehicle requiring the driver’s seatbelt to be engaged to stay in drive normal? Can’t find this stated in the manual. Behavior recreate: 1. Press down brake, 2. shift into drive from park, 3. release brake, car automatically shifts into park (with “to prevent rollaway, seatbelt or close door” message etc).

Additional background:
I’m not exactly trying to drive without the seatbelt, but over the years of driving other cars I’ve become accustomed to doing the initial roll out of the driveway without it and then engaging the seatbelt once the car is in motion. I’ve mostly adapted due to my Tesla’s behavior but the few times you forget can be jarring when the car drops into park at 1-2mph. From testing I’ve found that it seems you can actually drive without the seatbelt the whole drive if you’re quick and hard about getting on the accelerator after the brake release and whether or not it’s dropped into park at the next “hold”/stop state seems to be random, so I’m not understanding the intended behavior.

I also have the Bluetooth not connecting automatically and from what I’ve read online and some troubleshooting this added up to be a classic occupancy senor issue. Also, if I do drive outright without the seatbelt the warnings on the screen and dings do not trigger. So, I took the car in to the Tesla Service Center expecting a simple fix or at least for them to at least look at the driver’s seat occupancy senor. However, when I did take it in, I was met with hostile dismissiveness from the staff that very much insisted this (car being dropped into park) is a non-issue and the Bluetooth issue must be my android phone. Customer service issues aside I’m just hoping to understand and confirm the normal behavior from a group that isn’t otherwise incentivized to do a “driver education” fix.

(Can’t wait until other EV makers get their act together.)
•••
G

You are not forced to use your seatbelt. The car will only stop and shift to park when you are driving very slowly. It happens to me in particular when I reverse in my driveway. I typically turn my head and shift my weight on the seat, and I'm not going very fast. I find it annoying too, but now I understand why it happens and when.

I've since changed my routine to press the brake immediately when I enter the car, and start putting my seatbelt sooner. I prefer to reverse without the seatbelt (because I prefer turning my head than using the reverse camera only) but decided it'S easier to change my behavior than to change the car
•••
R

I have not experienced this problem backing out of our garage to wash the car without wearing a seatbelt. 2021 Model Y. When driving, I have always fastened the seatbelt before starting the car. Although with the Model Y I press the brake to start the car while I'm fastening the seatbelt, because it needs a second or two to boot up before I can shift into drive or reverse.
•••
G

It really happens when you're going very slowly. I sometimes stop to pickup the mail a couple hundred feet from my house. Sometimes I'll drive that last couple hundred feet without buckling up. The car never auto-parks in that situation, I'm going fast enough... EDIT: it beeps at me though
••• 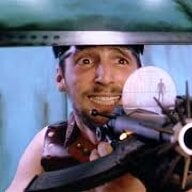 I have a manual garage door and gate; every time I leave the house, I open both and drive to a point just outside the gate without fastening my seatbelt for the 5mph short trip. I put the car in park at that point by stopping and opening the door to walk back & close the garage & gate. No issues doing this, the car doesn’t go into park until I open the door while stopped outside the gate.
••• 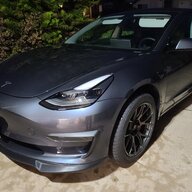 If you lift your butt off the seat and you're going slow, it will park it for ya.
this happens to me quite often in drive-thru's.

maybe when you turn around (to reverse?) your body pivots the weight to a part of the seat that is not felt by the sensor.
since it thinks you got up, it puts it in park.
•••
E

Ren.OG said:
If you lift your butt off the seat and you're going slow, it will park it for ya.
this happens to me quite often in drive-thru's.

maybe when you turn around (to reverse?) your body pivots the weight to a part of the seat that is not felt by the sensor.
since it thinks you got up, it puts it in park.
Click to expand...

Are you wearing your seatbelt for this?

What made me this think there's an issue for me is no one is saying the car instantly drops you into park when you let off the brake. I've tested the weight angle everyone is mentioning and it's not a factor for me, it's always almost instant. Basically can't sit in the car with the seatbelt off and the car in drive in any way. If the wright is a factor then my car seems to think there's never anyone in the driver's seat.

Thank you everyone for the input so far.

Ev_driver867 said:
Are you wearing your seatbelt for this?
Click to expand...

No that happens when my seatbelt is off.
I can drive with my seatbelt off just fine but if i'm under 5mph or just rolling along in a drive-thru and lift my butt off the seat the car goes into park.
•••
J

My driveway is 1000' long. I use my car to carry my trash cans to the road and never have any issues when not wearing a seatbelt (except for the annoying beeping).
•••

L
Steering Issue with Model 3...autopilot not working plus no regen braking