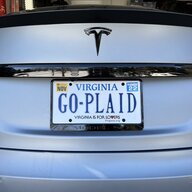 Has anyone attempted to link the front foot well lights to the ambient lights in the doors? On the Model 3, I noticed that the foot well lights are on at night. On the Model S, the foot wells are pitch black at night, and I thought it would be nice to have it linked to the ambient light setting. I know it could/should be controlled via software, but the likelihood of having that feature added is probably very low, So before I go and tear apart the door to figure out the wiring harness, I was wondering if anyone has figured this out already.

I have the upgraded extra bright LED foot well lights, I'll likely cut an extra hole in the liner and install the original lights as secondary ambient lights. I guess I could just add the secondary lights and have them wired to a switched 12V source, so they would be on anytime the car is on, but I thought it would be clever to link it to the ambient light toggle.
••• 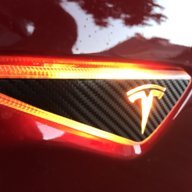 Supposed to be added to the model S and X in a firmware update per an Elon tweet a couple of months ago. So we'll probably get it sometime in 2020.

It's annoying that my OG infiniti Q45 has ambient footwell lights but my S doesn't.
Last edited: May 19, 2018
Reactions: Corsair
•••
R

I would love to have some lighting in the footwell area. It is so dark up front.

I am adding the light in the center console via the usb mod that was posted in another thread.

If I could have some additional footwell lighting would be great.
•••

battleroyale said:
Supposed to be added to the model S and X in a firmware update per an Elon tweet a couple of months ago. So we'll probably get it sometime in 2020.
Click to expand...

Hi! 2020 Checking in! Still not a thing! I want my ambient lights controllable on my X! CMON!
Reactions: battleroyale and MS85DAnthony
•••