Here's a video of the Model X launching a 16' fiberglass boat with my company's electric outboard motor prototype system on board: 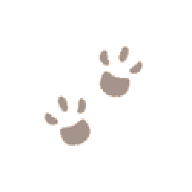 Very nice, any more details on the boat?
•••

Dang, I am searching desperately for an electric outboard for our 20' pontoon boat. I don't need anywhere near a 40HP, but please let me know if you have any smaller ones, and when they will be available. Thanks
••• 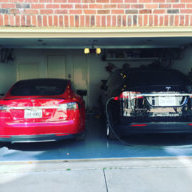 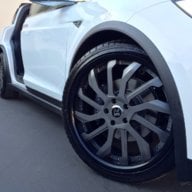 I would love a fishing boat, 18-20 feet with Tesla's battery running the outboard
•••

Outboards - Electro-motors from Torqeedo
•••
A

Our goal with the Pure Outboard was high performance. Boats are even more sensitive to weight than cars, so we set out to hit the best power density on the market. Our outboard, which weighs 91 lbs, does 20 kW continuous power, and of course, it is efficient at every power level from zero to its continuous power limit, so it works well even at slow cruising speed. It's quieter than any other electric outboard we've seen, even those with much lower power levels. (The very small trolling motors are equally quiet as ours at low speed, but they're far different animals.) Our battery packs are 6 kWh each, modular, and thermally controlled, so you'll get a lot more cycle life out of the batteries than from a non-controlled battery pack. They can be combined to achieve the range you want (with a limit, since the more battery packs, the more weight). As you can see from the video above, we can easily plane the 16' fiberglass fishing boat listed. No other electric outboard could do so. That's a result of power density.

We say it provides the same propulsion as a 40 HP gas outboard, even though it's literal HP is 26.8, because we use a propeller that gives us 30% better efficiency than a traditional one, because it is larger diameter (16") and slower RPM (1500). Gas outboards don't do that because they have no torque at idle and would stall out with such a large prop. When we race boats with 30-35 HP gas outboards, fitted properly to an identical hull, we beat them, especially from a dead stop.

You can get more info from our web site:

For a fisherman, it should make a big difference, as the noise created by an outboard motor underwater has only gotten worse as they've tried to make them quieter for the operator (mostly by sending the exhaust underwater). Here's an academic study about how stunned fish are by underwater engine noise:

Torqeedo makes very good outboards: 1, 2, and 4 kW, along with good battery packs to go with them. The battery packs are not thermally controlled, but the discharge rates are low. But for a 20' pontoon boat, I've been told that even the 4 kW Torqeedo feels very underpowered. They have their purpose, though, and do a good job at it.
Reactions: 808?
•••
S

Just a warning: water damage is possible if the motor or battery pack of the Tesla touch the water. Threads here on TMC have revealed that (see the Repairing a Flooded Model S thread such as Repairing a Flooded Tesla Model S : HOW-TO ). I wonder if it's possible for you to launch without the X touching the water (other than maybe the tires).
Last edited: Jul 29, 2016
•••