Toronto Hydro seems to have quietly added an EV option to their "Home Assessment".

If you go in and tell them you have an EV, how many km you drive and what portion of your charging is at home then they will adjust the reporting in PowerLens to include the EV as part of your projected usage. 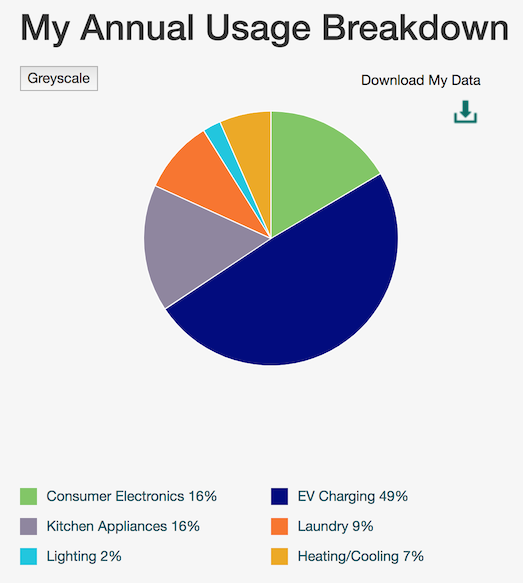 Do you have to call them or is there somewhere in their portal to specify ev?
•••
T

thesteve said:
Do you have to call them or is there somewhere in their portal to specify ev?
Click to expand...

It was in the portal. I went in and re-did my "assessment". 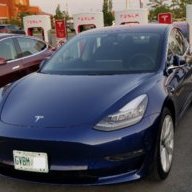 TOFLYIN said:
Holy crap! How much are you driving that your EV is 49% or your hydro bill?
Click to expand...

We drive about 25,000 km per year and we've driven BEV for 5 years. We do predominately drive the Smart, which is about 17-20% more efficient than our Model 3.

I personally think the 49% is too high, even though it's an estimate. My own numbers show us at about 35% of our electricity as EV direct.

For what it's worth, pre-EV we were always in the lowest 10% of electricity users for what hydro considered "similar" houses. We only have one TV, we have an induction range, 100% LED lights etc.

That said, my wife charges the Smart at work to get home so about 40% of the power for that car comes from her office.
•••
B

We use most of our daily electricity charging EV’s from midnight to 6AM as I’ve tracked in my Powerstream csv export of one years usage.

Cheaper than gas by 4x.

Workplace charging and a supercharger at the local mall are new for 2018 and have reduced our home charging a bit.
Reactions: darkenergy
•••
T

darkenergy said:
It was in the portal. I went in and re-did my "assessment".

Thanks! I didn't think to change it after getting the Tesla. 50% of your energy consumption isn't that bizarre although it's unclear quantitatively - maybe you don't use a lot of energy at home.
•••
T

I have been driving an EV for 8 years now (Chevy Volt was my first). As I was one of the first to have an EV and charger in a condo in Downtown Toronto, Toronto Hydro and Ontario Hydro paid for part of the install in exchange for sharing of the charging data so they could determine the effect on the system once adoption increased. For the 3 years (2013 - 2016) my Volt used an average of $24.79 in hydro a month while driving 20,000 a year. That was with time of use rates, almost always on the non peak rate. Now some of the driving was obviously on gas when I took longer trips, and I got partial charging at work, but I get partial charging away from home now. I have just installed a charger in my new condo, hydro will be charged at 11 cents per kW (bulk rate in my building, no time of use), and i anticipate using less than $50 a month for my M3. FYI
Reactions: SmartElectric
•••

I can't isolate my EV usage, but I can compare Year over Year, although it is not 100% accurate