Predictions Competition Poll #3: What will be the EPA rated range of the longest range Model 3?

Hi, everybody. This poll is part of the Tesla Predictions Competition. Check out the competition rules there if you want.

1. Once you submit your vote, you can't change it.

2. Scoring will be as follows:
3. This poll is about the EPA rated range as advertised by Tesla in the design studio or elsewhere. Sometimes Tesla publishes range numbers at 65 mph instead of EPA rated range. In that case, the poll will be considered closed immediately but scoring will be postponed until the EPA rated range is available. Sometimes Tesla initially publishes an estimated EPA rated range. In that case, we will accept that number as the correct answer. Even if Tesla or EPA publish a different number later, this will be ignored and the initial number will be used for scoring.

4. Tesla is expected to start production of AWD versions in early 2018. They might not release the AWD range numbers until then. For example, imagine Tesla starts production of a Model 3 90 (this is a fictional example) and they release the range number for that but not the number for the Model 3 90D. In that case, this poll will be considered closed immediately and we will wait for Model 3 90D EPA rated range or estimated EPA rated range.

5. When the answer is published by Tesla, leaked by other sources or tweeted by Elon the poll will be considered closed. You may still be able to vote after that but your votes won't count towards your score in the Tesla Predictions Competition. In other words, after the answer is already known, you can't use that information to answer this poll and even if you do, your answer won't count. 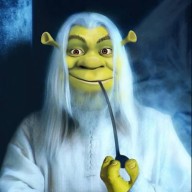 Hi. This poll will be considered closed in a few hours. Look at the opening message here to find out how much time is left. Technically, you will still be able to vote because it doesn't have an end date but the votes won't count towards the Predictions Competition score.
•••
Z

With all the info leaks, the smart thing to do would be to wait until last minute to vote.
•••

Hi. This poll is now considered closed. I have copied the usernames. New votes won't count towards the Predictions Competition.
Reactions: ikjadoon
•••

What level of issues with Model 3 [poll]

Model S: Battery & Charging Aug 17, 2021
Blind Pew
B
E
Any Hardcore Car Enthusiast Out Here? I Have Questions About Going to Model 3