Should I display range, or percent? 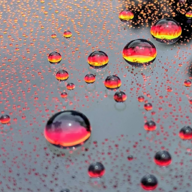 jjrandorin said:
Thats how you and I and people who prefer miles see it. In fact, for "me" percent would require more mental gymnastic calculation rather than miles. "it says I have 40%... I need to go 70 miles... what is that, exactly? /e scratches head".

People who prefer percent, though, seem to look at it like an analog fuel gauge and say "it says 50% and I need to go 50 miles, its fine, the car will tell me if I cant make it" (which it does for miles to).

I see this as one of those "is the dress blue and black or white and gold" type things, where people see the same thing in different ways.

I am glad we have choice though, so both those who prefer miles and those who prefer percent can look at what makes sense to them. Its my belief that tesla does not do both on the screen at the same time, as the nature of the user base (many highly technical people) would have them flooded with complaints about how "it says 48% but so and so miles and those two things dont match because... "see this formula here where I have calculated......:"

Right, that is why I use both. On my daily commute I know I can get home and back without issue, but what I am curious about is what percentage of the battery gets consumed by sentry mode and cabin overheat protection, and vampire drain during the day. So I use percentage as measuring drain in miles is confusing. But if I'm out on a trip and worried about getting to the next supercharger, or want to make a detour, then it makes more sense to use miles.

It's as arguable as using creep or not. I don't use creep anymore, but it certainly has it's place. (pulling into a tight parking space is easier with creep than trying to feather the pedal). Or possibly in real bad stop and go traffic too, but I use AP for that...
Reactions: Rocky_H and jjrandorin

Still not sure about battery display!