A couple weeks ago while on our way out for dinner a warning message pops up: “Front passenger safety restraint system fault” when my wife clicks her seat belt in. An airbag symbol also appears at the top of the display. A reboot doesn’t clear it nor does the car sleeping over dinner.

So I called Tesla roadside assistance and they verify they can see the error message and said they added us the the service queue. A couple days later we get the following email:

“We have to order the part to resolve the issue with passenger restraint failure. It will take some time for the part to come in. At this time I will unscheduled the appointment. Someone will reach out to you to schedule a new appointment when the part comes in.”

Weird thing is we have never seen that warning again since we called Tesla. I wondered if they cleared the error remotely, or if it really was just a one time transient fault? Anyone else seen this?

It was cool that they were being proactive and my mobile appointment is scheduled for this Friday now that the part is finally in. The funny thing about this message that I have had it a couple of times is that after a software update the message appears more and then tends to go away until the next update. Hopefully, this will be the last time I see this error after Friday. I will report back.
••• 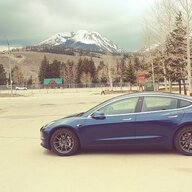 I had the, “Front passenger safety restraint system fault” one morning when the seat got soaked due to an open window. Took a couple days, but error went away after the seat dried out. 6 months it has not returned.
••• 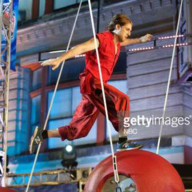 Yup, mine went off every so often for a month. Set up an appointment and they "fixed" whatever the hell it was.
••• 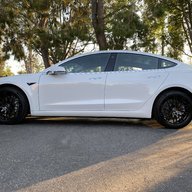 I got the issue and after some googling it seems others have had the issue as well so it's not an isolated incident in my case (as with others), there's a electrical cable harness in the rocker panel area just below the driver and passenger side door. For me it was the driver side.

No amount of resetting would make the error go away. According to the tech, this harness was registering a short, thus causing the error message. The fix is for service to swap out the electrical cable harness which can be done at a service center.

At first when I made the appointment, they said it could be done via mobile service, a day prior to the mobile appointment, I got notification that it needed to be brought into an actual service center and that the next available date was 10 days out. I was kinda peeved since they were the ones that suggested mobile service in the first place and the app doesn't get to let you choose. This was at the Costa Mesa service center.

For those of you that are saying it went away by itself, the cable is probably having an intermittent short and based on movement it could show, or go away. Kinda like wiggling a bad cable, sometimes you'll make an adequate connection, other times you won't.
•••
D

Just had this pop up a few days ago, moved the seat back and forth, hasn't gone off. Called service (KC), they said a new occupancy sensor was ordered (2-3 weeks), but that there is no danger in using the seat. With the Air bag alert on, I kinda wonder if it is really functional?
••• 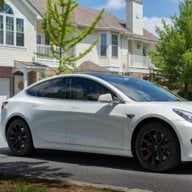 My message was different than yours, "Front passenger safety restraint system fault", but it has now disappeared following the SC call. Perhaps the two week part wait is designed to buffer the chance of the issue going away. Although I am 2.5 hrs from SC, they suggested it would be a mobile repair (I guess, if needed.)
•••
T

So a couple weeks go by then Tesla service says they have the part. Mobile service has it fixed in 20 min. From what I can tell it was just an extension and some clips that keep a seat sensor wire out of the way. Then he ran a few diagnostics and left. Pretty painless in the end.
•••
S

I had a similar message pop up, but mine was the drivers side. It happened whenever my seat moved back to the easy entry setting. Made an appointment and they ended up replacing the wiring harness. Haven't had an issue since. Not sure if your error only shows up when you move the passenger seat as well.
•••
W

This actually happened on my delivery day ‍

I got there an hour early after taking off the day from work only to find out that the message was on...they couldn’t fix it that day but they delivered the car to my work the next day, still it was kind of disappointing. The message hasn’t been on since and I’ve had the car about 6 months.
•••