Car alarm going off randomly even when driving!! 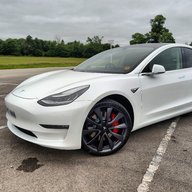 No idea what's going on but car alarm randomly was going off last night and really irritating the neighbours. Checked the car for water bottles and bugs and all clear. Went off again this morning and no matter what I did I couldn't get it to turn off, even unlocking the car via app did nothing. Then as I got in the car still didn't turn off......started driving for a few miles and it was still going off continuously!!

. After driving for a while it stopped, then happened again an hour later!

no option to turn off the security alarm either, seems to be going off no matter what settings I toggle. The crazy thing is that the screen or app had no notifications that the alarm was going off at all.....no alert logs either.

Phoned Tesla and someone is going to check it remotely for me, so let's see, will post an update shortly. Anyone else had this issue??
Reactions: VivekDr

My guess is that there is a car that looks identical to yours parked in the spot right next to where you parked at the grocery store yesterday.
Reactions: 21grey and pnwadventures 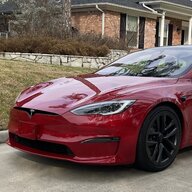 That is a nightmare problem to have. Did you try a reboot?
J

Any feedback from Tesla on the issue? 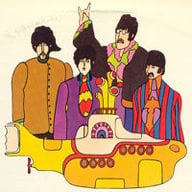 If it continues, I would just drop it off at the SC. This is not a safe way to drive. I'd sh*t my pants if this happened to me while driving.

I
Sentry alarm in dog mode