Change my lease to finance on model Y

Hi,
I took delivery of my Model Y on Tuesday and signed the lease agreements and took the car. On Tuesday night I decided that I want to change to finance and but the car. Tried to contact dealership and Tesla finance and they are saying there is nothing that can be done.
does anybody know if they can help me do this? I know they don’t allow purchase at the end of the lease, but I am talking one day after. This must be better for them for me to buy the car.
Any help please?
J

In CA there is no "cooling off period" when you make a car deal. Once you sign it, thats it, unless they "dealer" allows you to unwind the deal. NJ may be the same. "This must be better for them for me to buy the car", is not necessarily true.

If tesla will not unwind the deal (which is what that is called), you are basically stuck with either just moving forward with it as a lease and returning it after 3 years, or having someone take over your lease.

They dont "have" to do anything. If they wont unwind it, you likely should just move forward with it as a lease, forget about your change of mind, and move forward.

BTW, this is not a "tesla" thing. Most car dealers would not unwind a deal like this for you, once you sign it and drive it home, unless the terms were very favorable to them (meaning they ensured they made more money on the purchase than they would have on the lease). There is more that gets unwound than just documents, there has likely already been money changing hands between the finance company and tesla, etc. 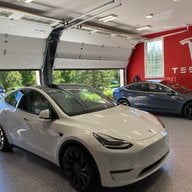 I would lease it. Dont you want the new batteries? 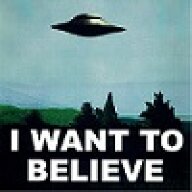 As others have mentioned, there is pretty much nothing you can do even though its only been one day. And no it is not in their best interest to convert a lease to a sale.
N

I got out of a BMW lease once by trading it in for something else. The trade offer was more than the lease buy-out (remaining payments + option to buy at end of lease (I think)). Is this not possible with Tesla leases? Not saying it;s a good idea, but it could be a way to get out of the lease.
G

Leasing is far more profitable for dealers 98% of the time. I ran the numbers on leasing a model Y and switched to a purchase as I felt in 3 years I would be well ahead based on strong resale values. I think your stuck at this point. Unwinding the deal would be complicated. 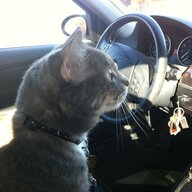 GeorgeC1 said:
Leasing is far more profitable for dealers 98% of the time. I ran the numbers on leasing a model Y and switched to a purchase as I felt in 3 years I would be well ahead based on strong resale values. I think your stuck at this point. Unwinding the deal would be complicated.
Click to expand...

I am trying to plan for a Q4 MY, and considering lease versus purchase. As of now, the resale value of Teslas are very high, and the residual on the lease seems to be arbitrarily low. With more EVs hitting the market, and the increased MY production on the horizon, I don't know where we will be in three years.

My gut instinct right now is to purchase instead of lease. Folks who wish to comment, I will read your responses with interest.

Leased MY LR upgrade to Performance?

P
Changing from finance to lease?

Model 3 - Makes more sense to Lease vs Finance...here's the numbers

not sure about this tesla loan term