Chicago to Portland, OR road trip via superchargers starts June 26 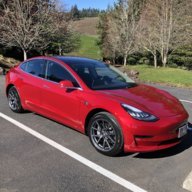 I've been planning this road trip in detail for months, and it's about to start. If you're interested in updates and photos, follow @davidzygmont on Twitter. I decided Twitter is the best place to post updates as I'll need to be brief by necessity.

I'll be leaving Chicago area on June 26, and will be arriving in Portland, OR area on July 5. I'll be following the supercharger route, so I posted this in North America since my trip spans multiple sub-forums.

I have to admit to being a little concerned about the car. It either a) doesn't want to go or b) is getting all of its small issues out of the way before the trip. Last Monday I had a failed cooling pump, but was able to delay that till the annual service I had already scheduled on Wednesday (in which the drive unit was also replaced). Then after the annual service the Tire Pressure Monitoring System warning came back. I hadn't had that since my car was brand new in April 2013. That's going to get fixed tomorrow. Hopefully I won't see any more issues, but I've never had a 7,000 mile streak without the need for one or more stops at a service center.

So... it could get interesting if I have an issue along the way. And if I don't, even better... I can stick to posting updates about the beautiful places I plan to visit: Wind Cave NP, New Belgium Brewing, Denver, Arches NP, Las Vegas, Yosemite NP, Napa Valley, and Crater Lake NP. 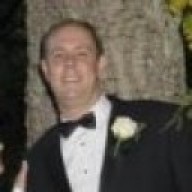 I looked quickly at your twitter feed. Thanks. How did you find crossing northern route from Chicago to Rapid City? I did a 6000+ mile round-trip from DC to Utah and Wyoming (saw the Arches, Tetons, etc. -- great) in August and saw only a couple of Teslas during the entire trip. What was your ideal speed? I found that 65 mph was usually optimal for the MS85, and a bit faster coming downhill back from Rapid City to Chicago. We were carrying 5 passengers and lots of luggage.
•••

Western Road Trip in a Model 3