Financing limitations on a solar glass roof for new construction 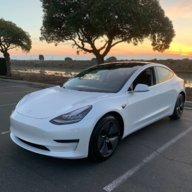 I'm in the early planning stages of a house rebuild and we're considering a solar glass roof right from the get go. Our objective is to cover the cost of construction through a construction-to-permanent loan, where when the construction is done, this loan rolls over into a traditional mortgage without one having to go through another closing. This usually involves a general contractor paying for the materials and labor of every phase of construction, and drawing from the loan for only completed/inspected work through a series of small installments.

The problem is, Tesla requires their solar roof contracts to be made directly with the client/homeowner; they can't move forward with a contract from another company such as a home builder or general contractor. How have other new builds installed solar glass then? According to the agent I've been speaking with, Tesla has mostly worked with builders who own the land, so the Tesla-to-owner agreement is still distinct. The builder will then transfer ownership of the home and the solar roof contract once someone purchases the home. There is no option for Tesla to offer a quote rolled into our full build cost. It will always remain on its own contract paid directly to Tesla.

Just in case, I asked the agent to forward my case up the chain of support. The answer was still the same. They apparently had a similar request previously and their legal team determined that there was no option to proceed without a "distinct contract to Tesla."

I then proceeded to ask, out of curiosity mostly, if I could finance the roof separately. Of course their lender could qualify me if the project was for a remodel or addition to an existing home, but their lender does not approve loans on brand new construction projects.

It's clear that Tesla is still ramping up their support for new construction. If you say "Yes" to the form that asks "Are you building a new home at this address?", the web site still asks you to upload pictures of your house for assessment. They told me their small team has only been working on new construction projects for a few months, and while the installation is similar to a roof-replacement, the contract process is quite different. It's a bit hard to believe that my only choice is to pay in cash or potentially risk my primary loan by taking out yet a 2nd smaller loan. Is it possible I've been asking the wrong questions? Maybe I've been talking to the wrong person? Has anybody had any experience with this process for a new build?
•••
W

That is really unfortunate, but it also does not shock me. I think the recent discussions here have all been around finding Tesla does not do new construction, period. What you have been told is pretty consistent with that - it sounds like they are just dipping their toes into that market, so you may find very few people who have even started such a project (and perhaps none complete.)

You might have some luck trying to write a letter to Tesla, explaining the issue (again) and why it is in Tesla's interest to support this kind of arrangement. That said, it seems like when Tesla has been saying "no", they really mean it, and at best your letter might get them to change things for the future. If their lawyers have said no, there is probably a good deal of work on their end to address whatever concerns they have with the arrangement - I'm not sure if they have a concern over non-payment if the contract is not with you, though it seems like they should still be able to take out a lien on the property, if nothing else. I wouldn't think this arrangement impacts the 26% ITC eligibility, anyway (no idea about other incentives that might vary by state.)

Since new construction is absolutely the time to put up a solar roof, your best bet will probably be to find another way to finance it, as you were mentioning - is your construction loan with a company that could work with you to find a creative solution? Some banks/credit unions are much more willing to work with you than others. The last, most extreme suggestion would be to look at putting some or all of it on a credit card. I know this sounds crazy, but Tesla does allow it, and if you could get one with a 0% interest deal, that might buy you some time. You would still need to figure out how you can roll the roof into the loan - I honestly don't know if there is any way to make that work, but just noting that it is something Tesla has allowed so far as a payment method.
••• 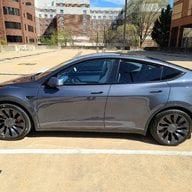 We are doing a new construction with a Tesla Solar Glass Roof. We are just paying cash for the Tesla roof portion of project. We are doing an 18.07kw system with 4 PW2s.

Maybe you can do the same thing and get cash from a HELOC or another form of loan? I know Green Skys does solar loans.