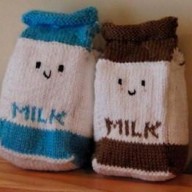 I bought a PPF pre-cut kit for the Model 3, but changed my mind on doing the work myself and now I'm stuck with this kit I won't use and can't return.

I'd rather not have to ship it so I'm asking here to see if anyone in Dallas, TX would be interested in buying it off me. I'll be able to bring it almost anywhere in Dallas. If I don't have any takers in the Dallas area, I'm open to takers from Austin or Houston as I periodically go to each of those cities.

The film is 3M Scotchguard Pro for most pieces. A couple pieces might just be regular Scotchguard from RPM Tesla, but most should be Pro.

I have the following pieces. 1 through 6 are part of a kit that can't be separated.
I have attached screenshots of the original prices I paid for these items below. I don't have a set price for any items and would entertain reasonable offers. I think I would be willing to part with everything above for $600. $550 for just items 1 through 6.

I also have an unused CQuartz UK and Random Dual Action Orbital Polisher if anyone would be interested in those too. I'll throw in some polish and Eraser if both are purchased for $180.