We woke up yesterday morning to find this window shattered with glass everywhere on our Sept 16 X. The strange thing is that our cars are in a locked garage that has a burglar alarm that had been armed that night. There was zero of any entry, the garage door was closed, the side door was locked from the inside and the alarm did not sound. In other words, the shattered window wasn’t caused by a robber. Has anyone seen anything like this before?

Thinking back, we remember that when opening and closing that window (and the driver side as well), it would make a scraping sound that didn’t sound good but hadn’t concerned us enough to take the car in. Our X is now at Tesla. Initially they were treating this as a warranty issue, but I’ve just been told that they’re going to bill us. I have no problem paying if it’s something we’ve done, but in this case it doesn’t seem right to me. I don’t see anything online regarding Tesla windows and spontaneous shatter but I did see that owners of a Ford pickup have been complaining about the issue. 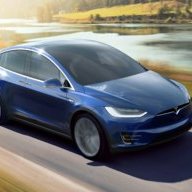 Ask them to explain the glass on the floor. I've seen this before on a Holden (Aussie car) - the glass just reached a point and couldn't handle the pressure caused by a faulty window winder mechanism.
••• 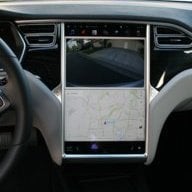 Ask them also, how they explain numerous windshields that self cracked on the S & X.
Stress crack on X windshield

Just an update. The Portland Service Center reluctantly agreed to cover my shattered window as a one time courtesy. I appreciate that they did this and understand their hesitance. My service tech said they didn’t really have an explanation for what happened though he did reveal that one of their loaner S’s had the same thing happen.
Reactions: dogldogl, Icey and (deleted member)
•••