Am going to journal my experience with our Solar Roof install in this thread. Context: Ordered back in Feb 2020. Then Covid hit and the permitting process with the city went dark. Eventually around September the permits came through and Tesla scheduled the install start date for 11/5/2020. That was yesterday.

I got a call late in the day yesterday from scheduling that due to supply and crew shortage my install date had to be pushed back. A little earlier notification than the day of the install would have been courteous, but alas did not happen. In the background, I had pushed and closed on a second loan on the house to fund this endeavor. Everyday that the delay happens I am paying interest for nothing at this point, but not a huge issue so far.

The scheduling call did not mention a new install date, but I checked my Tesla account and a new install date of 11/9/2020 was being displayed. Wasn't sure if that's just a place holder or any more real than the previous (missed) date.

Low and behold, the bell rang today and a delivery of parts for the roof has now arrived. So I am thinking that the new date is real. Looks to be mostly roof material and no powerwalls at this stage. The pallets are marked as phase 1 and phase 2 though not sure what that refers to at the moment.

Will update as next steps happen. 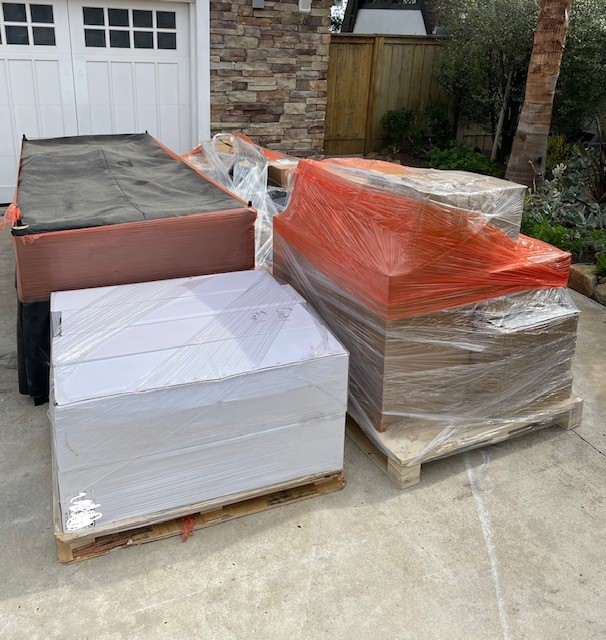 How exciting! Look forward to seeing it go up in photos.
W

Nice that it is finally starting to happen - do you know if 11/9 is when Tesla is starting its install work or when teardown of your old roof will begin? They have us the Tesla start date but later asked if the subcontractor tearing off the old roof could come early (including weekend work) so it was actually ready for Tesla to begin installing on the start date.

It looks like a lot of what they delivered is probably the fractional-size pieces they use to even out the rows and some of the flashing and other miscellaneous hardware.

As far as the PWs, I would expect the lead to have more info when the Tesla crew shows up, but that install and the electrical work probably will happen somewhere in the middle of the project, and, at least in my experience, they did not bring the PWs until the day they were installing them, which I would guess is partly being a different group than the solar but also because they probably don't want to leave those unsecured (even if they would be really heavy to try and steal.) The one thing I would check with the lead on if it isn't already crystal clear is the location of any conduit from the roof to the inverters as well as confirming the planned location of the inverters, PWs, Energy Gateway, and any other equipment.
Reactions: heems and jjrandorin

Honestly not sure about the steps or the division of labor. I am guessing Monday is the start of tear down. No one has reached out about the tear down this weekend. Will update Monday if they show up as planned.
J

We documented our install here. Looking forward to reading how yours goes.

FWIW, unlike the roofing material, none of the PowerWalls or Gateways were delivered to the site ahead of time. The electricians brought them with them and installed them over 2 days.
Reactions: heems and chrstna4

Update: 11/9 came and went and nothing transpired. I contacted scheduling and they provided me with 3 new dates (tear off, install, and powerwall hook up) later in the day. Tear off got scheduled for 11/10 the next day. Alas the only thing that happened on 11/10 is a port-a-potty was dropped off. Not the start I was thinking but a foretelling that it wasn't going to be too far perhaps. Today, the tear off crew showed up and now it has begun! To the lead's credit before starting he did another inspection of the roof to alert me to any possible issues that may come up once the old roof is removed. Better to set expectations up front than later and be left with no roof and no prospect to install the new one either. And in fact he noticed some potential water damage that he said might mean more repairs once he can inspect under the shingles. He asked for permission to proceed given that caveat which I very much appreciated. 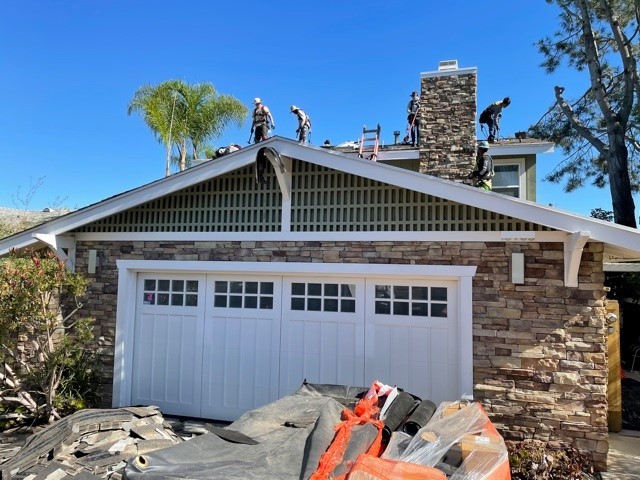 Update: Day 2 the underlayment process got underway. Didn't get to quite finish the whole roof so the effort will continue today. Will see if the glass tiles will get here today or not. 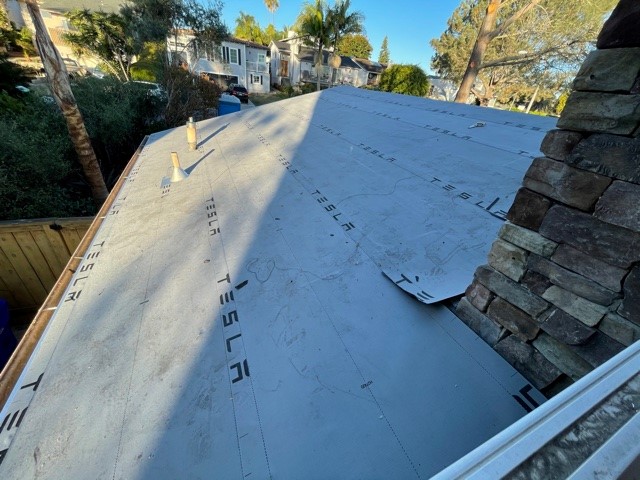 Update day 3: the underpayment process continued. Done except for the chimney work. Crew scheduled to be back on Monday to wrap up. Was told tile should be going up Tuesday and hopefully done by Wednesday. 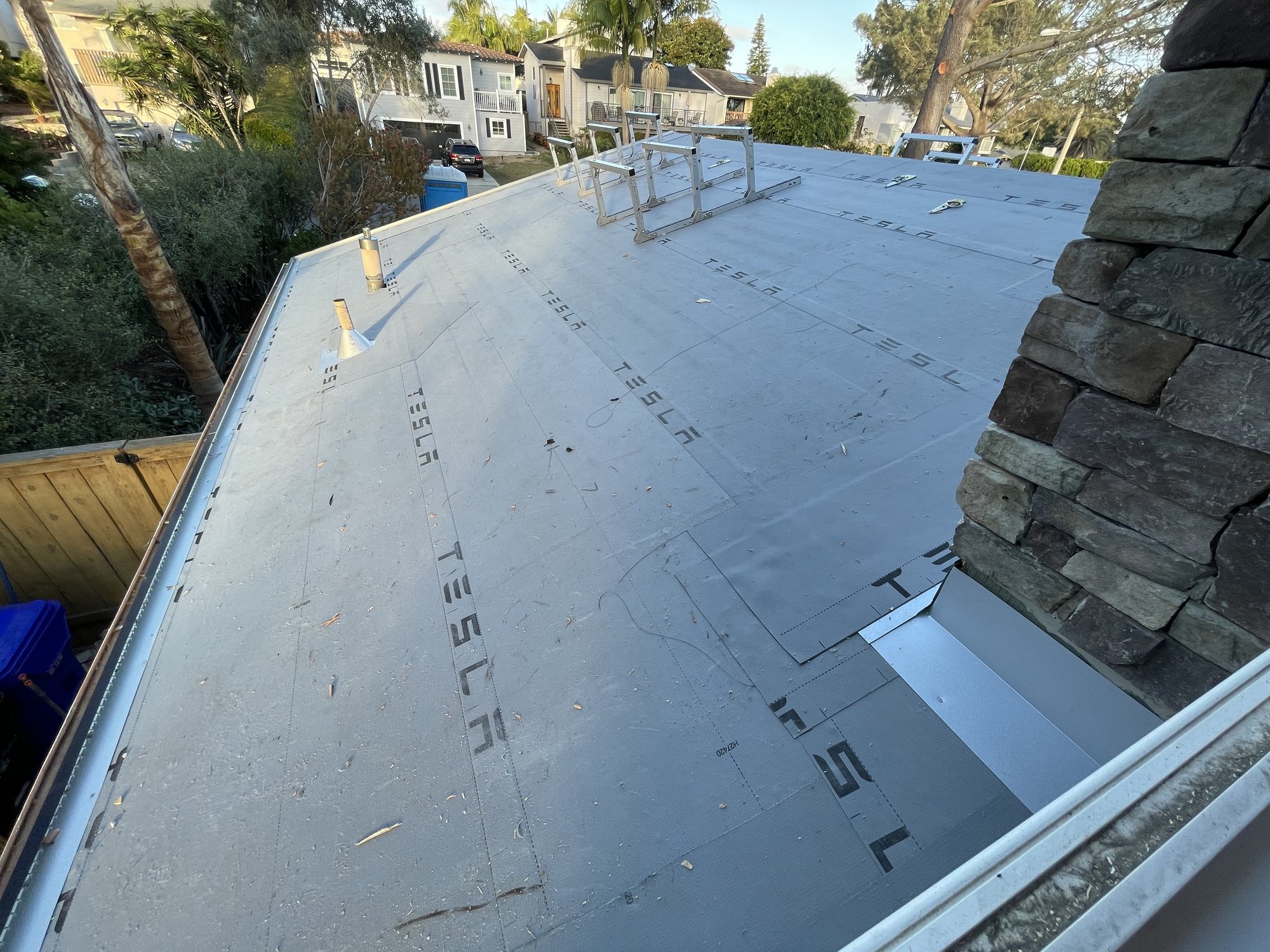 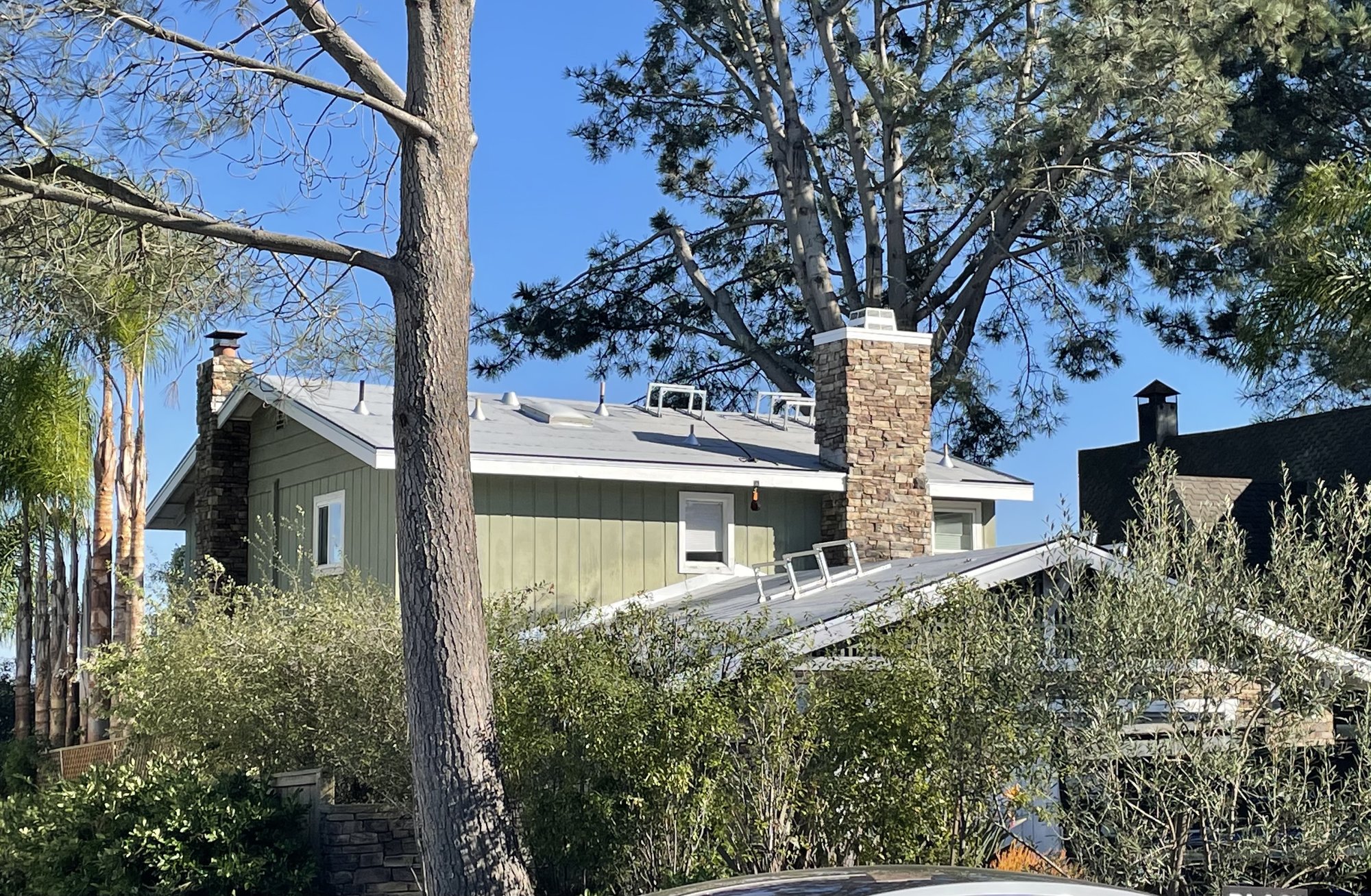 heems said:
Was told tile should be going up Tuesday and hopefully done by Wednesday.
Click to expand...

That's exciting! Completing the tile install in two days is much faster than I expected. How big are the crews (tear-down and install)?

trautmane2 said:
That's exciting! Completing the tile install in two days is much faster than I expected. How big are the crews (tear-down and install)?
Click to expand...

Large crew. About a dozen.

Update day 4: Slow day today. A small crew (3 people) showed up and did further preparation. The glass tiles did not arrive today, now scheduled for tomorrow. If that goes as planned, the crew is shooting for a single day install. 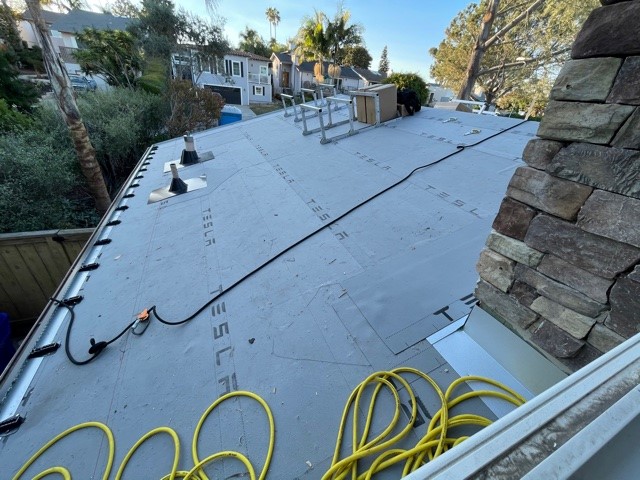 Update day 5: The install began in earnest today. The tiles showed up a little late (10AM) so the roofing crew was idle a bit. Was cool to see the crane/conveyor belt system load up the tiles onto the roof. The electrician showed up today as well and reviewed the inverter placement as well as how to get the cables down to the inverters. They ran the conduit from the roof and mounted the inverters. By the end of the day the were apparently at 80% completion with the roof. It's taking shape and I must say I really like the look. Upscaled the house by having a tile look. 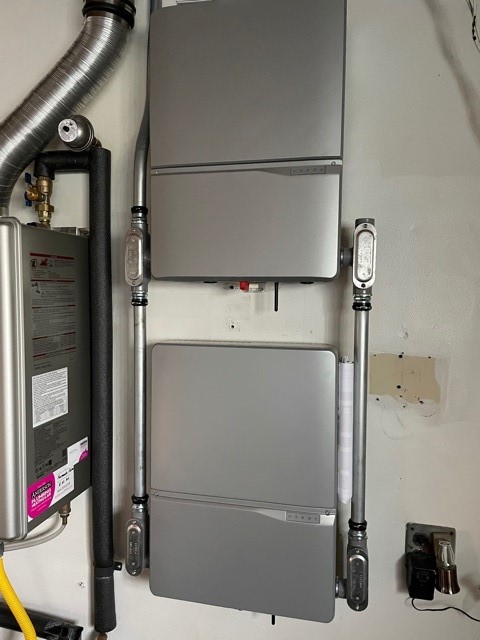 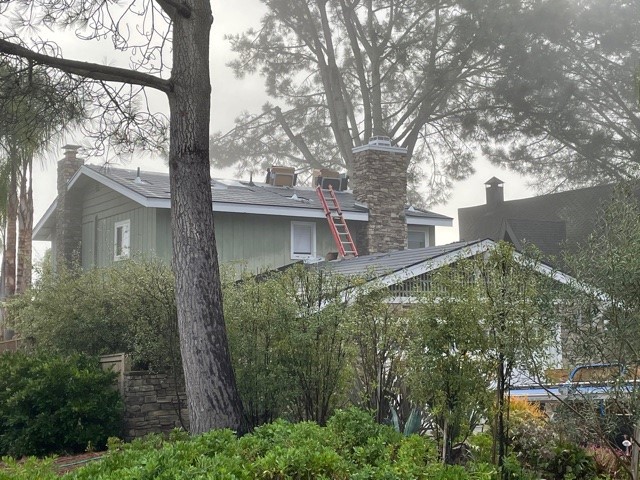 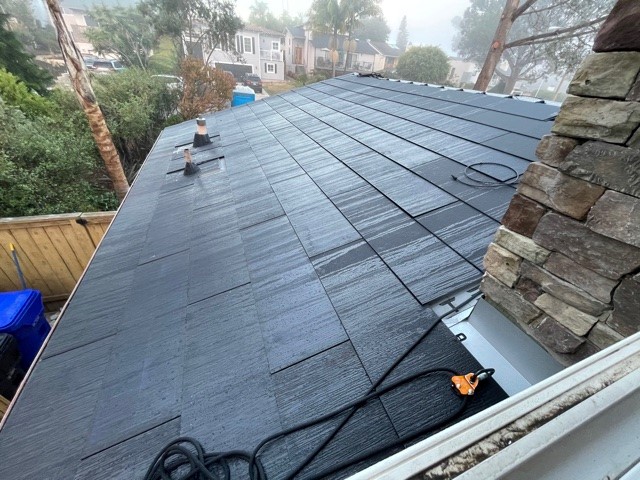 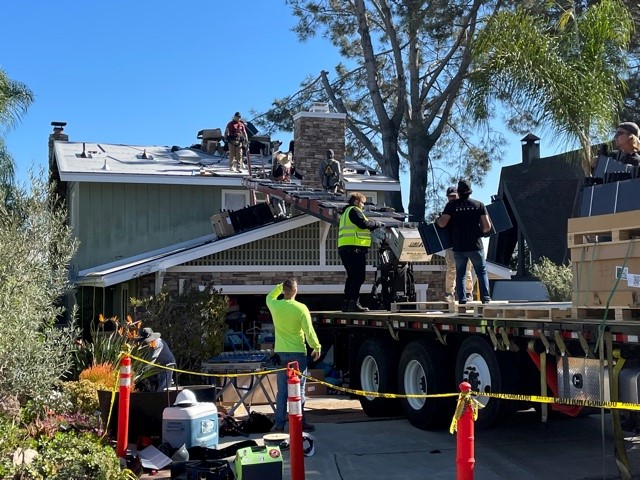 I know they have a big crew, but I am really impressed they are moving that quickly - looks very nice after one day. Took our team of 4-5 two weeks (I think about 11 actual working days) for a smaller (~1600 sq. ft.) roof. Just the detail work like what will be needed around your chimneys and where your garage roof meets your main roof are what took most of the time to get the flashing properly cut and installed. If they have improved that somehow, that would be the real improvement for Tesla.

Update day 6: The crew finished laying all the PV tiles and continue working on the details and trim pieces around sky lights, chimney, etc. The electricians continued pulling wires to the inverters. Neither quite finished so they will be back for a half-day to wrap everything up. The power walls aren't scheduled to arrive until next week. 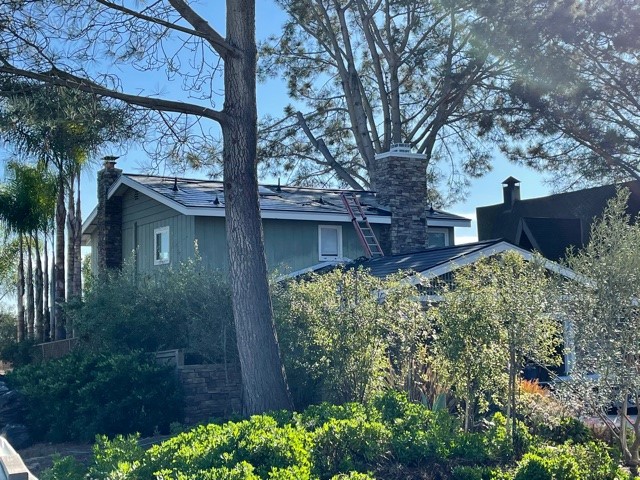 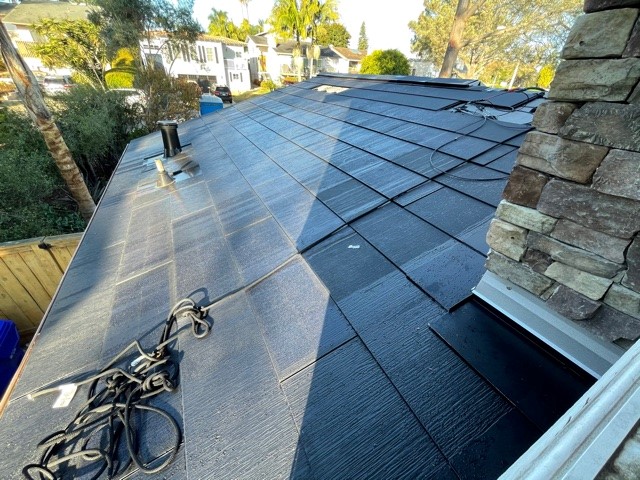 Wow. This is super fast. It was mentioned to me that the latter parts (detail work) seems to feel slower as you get towards the end. That was our experience as well.
J

MXDogCrate said:
Wow. This is super fast. It was mentioned to me that the latter parts (detail work) seems to feel slower as you get towards the end. That was our experience as well.
Click to expand...

Agreed. Ours dragged while they did the fiddle parts of fitting the sheet metal. One poor soul spent the better part of a day cutting and bending metal to fill a gap on the roof that was not square. He had to hand trim the metal around each undulation.

Update day 7: The roof is finished. 99.9% anyway. Our chimney has stone façade that earlier they had removed some lower portions to install "crickets" (?). Apparently a specialist person Tesla has on hand has to come and put the stones back on. A small crew of 3 showed up today to finish the details for a half-day visit. The electrician was also here wrapping up PV wire connections to the inverter. The system could not be tested because they now think the Powerwall crew will bring a "control box". The inverters will supposedly go to that box. Initially I think they were planning to go to the panel directly. The Powerwall installer called and is coming to do an onsite visit in anticipation of the planned install on Wednesday next week. 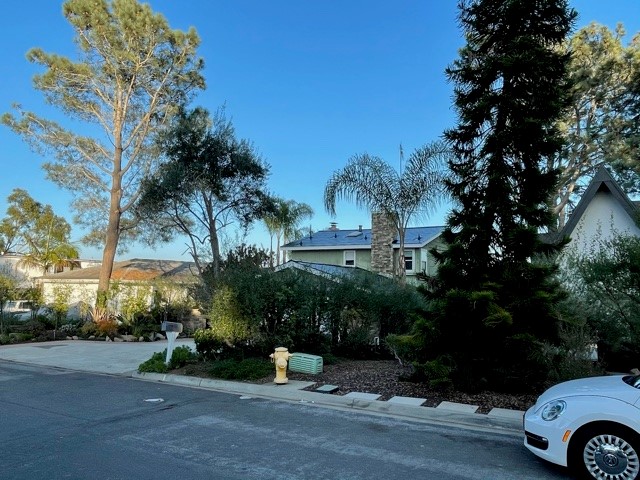 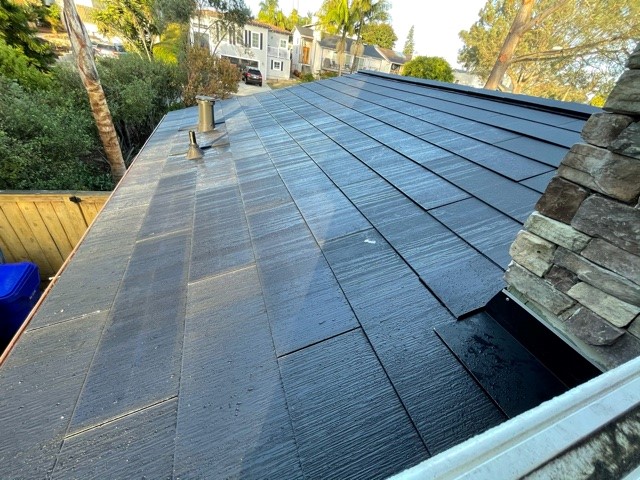 I googled for an image of one (powerwall gateway 2) and found this one. This isnt me, just an image I found online: 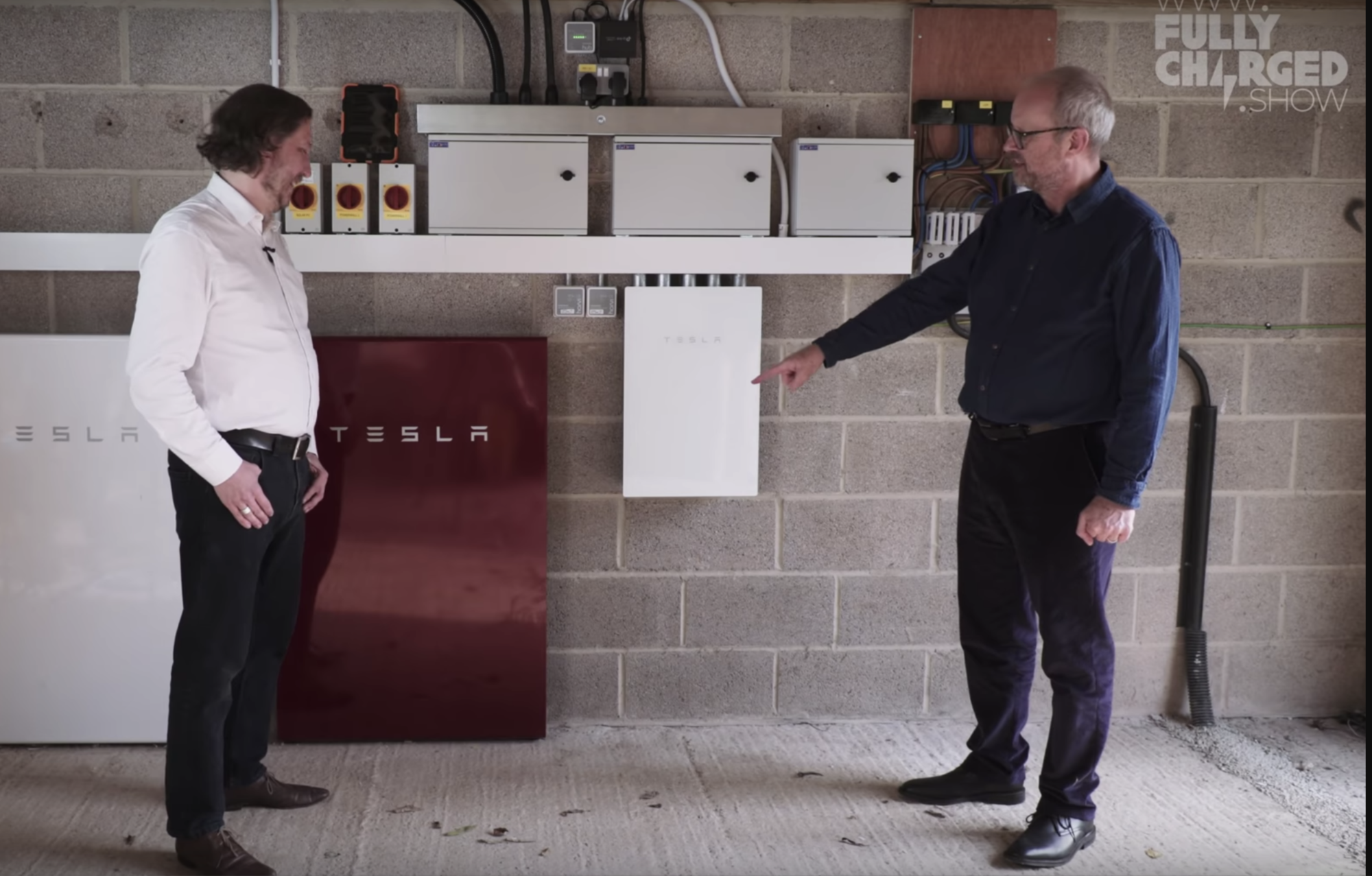 Congrats - looks like they did a nice job, and I am impressed with the speed. My one comment is that when they do the PW install next week, make sure before they leave that they do a test and you can see through the app power flow for solar, PW, home, and grid. It will save headaches if any issues are found while they are still on site.
Reactions: heems
S

OP you have a great looking house there! I love the brickwork and the house colors really compliment the black solar tiles. Very sharp. If our cement roof tiles didn't have such a long life (only half way thru I think) I would have held out for the solar tile roof. Kind of jealous as I prefer the uniform look over the panels. PSPS here forced the jump to panels. Sounds like the solar tile install teams are hitting their groove after installing a number of them for the first time.

As for the one guy sent out to do the stone work at the chimney, we had equipment moved on our interior garage wall where there were cutouts left and they had one guy who did the drywall work—affectionately called Picasso Joe by team—and he did a great job. So Tesla does have “specialists” that will come back out for certain work.