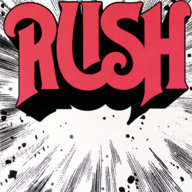 I'm curious to get feedback on the ride performance on the new P90Ds. I still love the way the late 2014 P85+ cars were connected to the road. I had a couple of these loaners and loved the way they drove. Understand the new cars now have staggered PSs, modified bushings, and dampers. Will be driving one this week. Other than the speed differential, I hope there is a suspension advantage vs the 90D.

I own a P85+ and test drove a P90DL yesterday. Both on staggered 21" PS2.
Yes, the low-speed acceleration of the P90DL is ahead of the P85+, but the suspension is nowhere near the +-suspension. Floatier. I was also amazed of how much better steering feel the P85+ has compared to P90DL (or all AWD cars actually). High speed acceleration is about the same, didn´t feel any difference.
So for me, the P90DL is one step forward and two steps back.

I have previously driven P85D and 85D and I would say there is no major difference in suspension on these compared to P90D. The P85+ suspension is still preferred by me by quite a big margin.
•••
A

85D handles better than the P90D with the same non-staggered 21's and tires because of the weight difference n the rear, IMHO. But Tesla seems to put whatever part they want in the car, so it's going to be luck of the draw for whatever I/you get, I think.
•••

Need to have Lolachamp gives us his feedback on the driving the P90D. I'll be at the mothership tomorrow. Hope to drive a P85+ CPO and then a P90D. I don't know if it is worth the extra $ for Ludicrous w/out + drive...
•••

Has anyone recently done a retrofit of the + suspension to any P-D cars? I wonder if that's an option, and if so, how much it would be.

I'm not sure I'd buy another Model S without the + suspension.
•••

I LOVE the feel and handling of my now obsolete (sad-kind of) P85+. I wouldn't trade it for anything. I really love that I can hang out the rear when I want to.

The pre April p85d have the plus suspension and awd.
•••

CHG-ON said:
I LOVE the feel and handling of my now obsolete (sad-kind of) P85+. I wouldn't trade it for anything. I really love that I can hang out the rear when I want to.

From a couple week old look at the parts list, I can also share here that:
-the coil P85D has differenct springs in back, than the coil 85D.
P85D SAS:
-26/21mm pre-April SAS sway bars, front and back
-24/20mm post-April SAS sway bars, front and back
-24/20mm coil bars, all coil P85D
-The above sway bar diameters confirmed caliper measurements folks have provided.
-P85+ uses entirely different front/back air units, than any P85D.

The above means people describing "The +" suspension are actually descrbing two different suspensions (P85+ vs. early P85D). P85+ sway diameters are curiously not listed next to their part description.

[EDITORIALIZING] Saying cars with equal front/back weight "handle better" doesn't make them fun to drive. There is such a thing as fast, safe and relatively boring. It's also harder to point a car with equal front/back power. Other makers of performance AWD don't equip the front and back with nearly equal power (the Porsche 918 has "Volt" power, up front). Actually, I'm not sure we know if 85D has equal power either. Motor size doesn't have to correlate to output. Tesla could go ubber safe, and lean toward FWD. Whatever, I think they mostly focuses on range.
•••

OK.... I was able to drive both a late model P85+ and a brand new P90DL. Both on 21" staggered PSs. Coming from a P85, I have to say that I love the AWD. Never thought I would say that, the P85+ was great to drive, but I don't have that same feeling when I drove it six months ago. The P90D is so much more refined, the pull through the turns and acceleration really offsets any lack of + suspension (IMO).

Placed an order for a P90DL and requested an April 2016 delivery. I'm predicting/guessing a refresh announcement in February. Maybe we get some + mods w/ the announcements. Either way, since I no longer have the P85, I really do miss driving these cars...
•••