Picking up Model 3 tomorrow - what to look out for?

Forgive me if this thread has been done before I couldn't find anything in the first 3 pages on this.

I'm picking up my model 3 LR from park royal tomorrow morning. Just wondering what kind of things I should look out for in terms of the car and the process?

Any common faults in the car I need to look out for? (I know panel gaps can be an issue)
Any specific things I should ask about when it comes to the hand off?
I know Tesla does things its own way but does contactless really mean I won't have anyone showing me my car properly?

Might be an idea to read these recent threads:

So.... I rejected my collection car today :(

ah cheers will have a read of those. appreciate it. 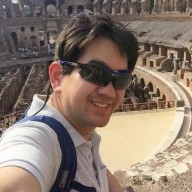 I’ll drop my thread in here too, I hope it helps.

Car needing repairs before collection? (Cancelled on Teslas' side)
T

can one of you lads point me towards the checklist that's mentioned in the threads above?

tabpharmer said:
can one of you lads point me towards the checklist that's mentioned in the threads above?
Click to expand...

Give this a shot:

tabpharmer said:
can one of you lads point me towards the checklist that's mentioned in the threads above?
Click to expand...

I used this one:
Tesla Model 3 UK RHD - Delivery Checklist

I made a duplicate of it and then deleted some of the items that are no longer required for testing and/or specific to non-UK collections. As it turned out, I didn't even make it off the first page before rejecting my car
Reactions: OneTinyFish
T

thanks for the help lads

thanks for the full write up on your nightmare JS. Hope you get sorted soon.
Reactions: OneTinyFish 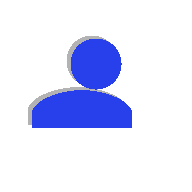 Not sure how you'd do so (not what to do about it if it is a problem), but might be worth checking that it's not suffering from the ongoing won't-wake-up-from-the-app bug...

Deffo make sure it has a steering wheel and pedals. These are essential.

Top tip of the day.

Cwmwd said:
Not sure how you'd do so (not what to do about it if it is a problem), but might be worth checking that it's not suffering from the ongoing won't-wake-up-from-the-app bug...
Click to expand...

No realistically possible to actually test since you need the car to be fully asleep. It's certainly worth asking the question of the Tesla staff though.

I believe there is now enough evidence to state, with a degree of confidence, that it's only cars that have the Telefonica/Movistar eSIM fitted that seem to have this problem with the app. That was pretty much confirmed to me this morning by Tesla (see the other thread). It should be possible to determine which of the two eSIMs are installed, as it seems the adverts in some apps in the car are a giveaway; if they are in Dutch then the car doesn't have the Telefonica SIM, if they are in Spanish then it does. 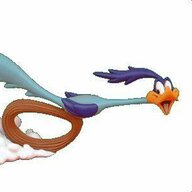 Anyone have a link to an updated Model S checklist, i'm sure there was one on here somewhere but I can't seem to find it.
Just had a call, collecting it on Tuesday.
Reactions: VanillaAir_UK

Test Drive tomorrow - what to look out for?

The UK and Ireland Jun 5, 2021
Irata
I
H
Can I head to service center and pick up w/out appt