Thanks to Nikxice for recommending this thread. Post your own SpaceX images and artwork to share with the rest of us who are also inspired by SpaceX and what they are doing. Just to throw something out, here is an amazing picture (not mine) of a recent launch: 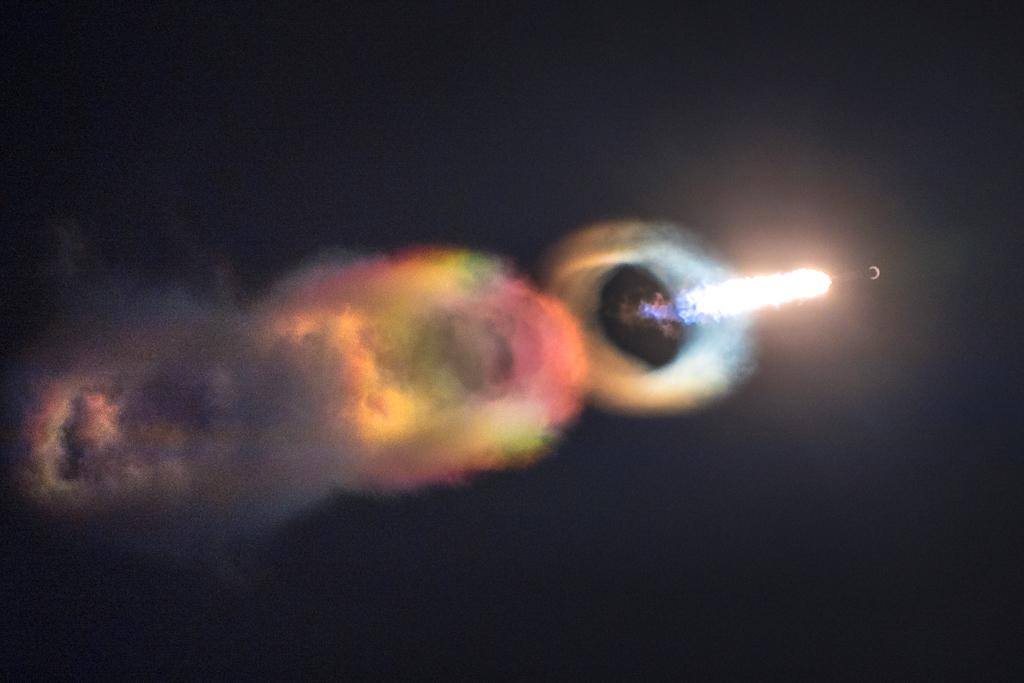 Reaching another Commercial Crew objective this August, SpaceX raised and installed the Crew Access Arm. With the addition of this enclosed futuristic walkway, Pad 39A is looking more like the familiar past. 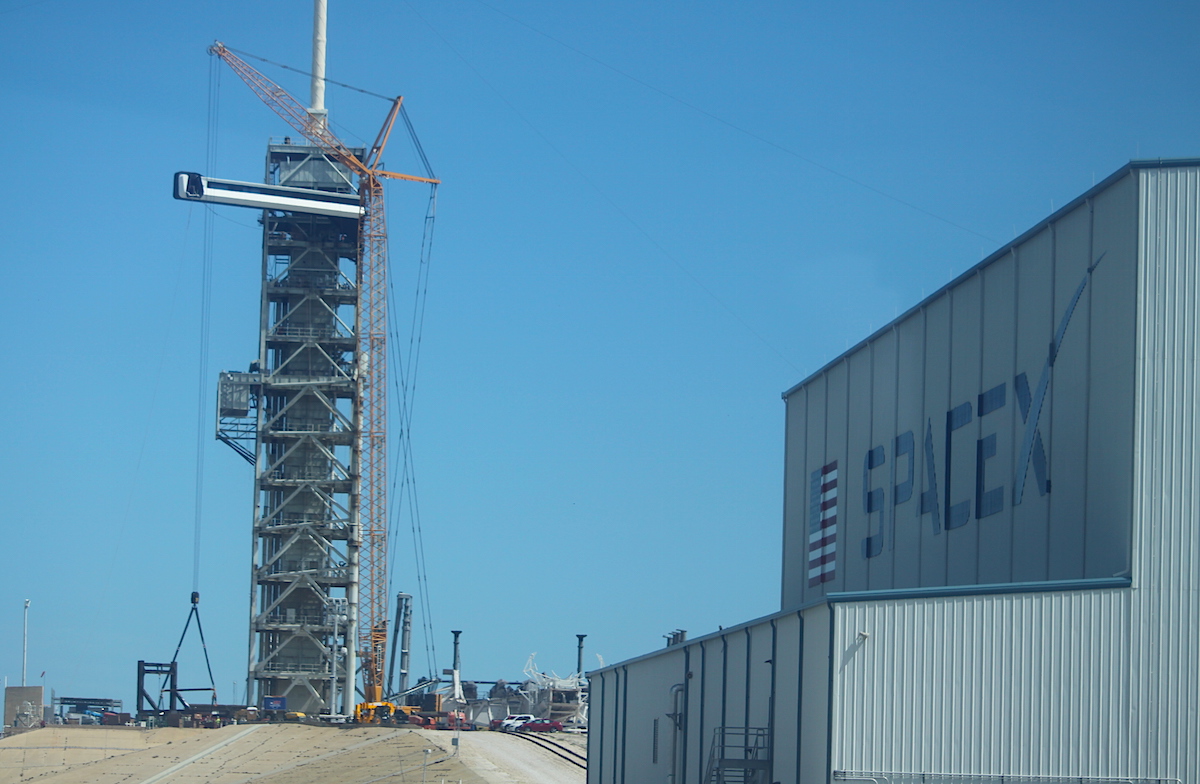 Near term the moon is back in focus for SpaceX. This past July Israel announced a contract with SpaceX to launch a lunar landing craft as a secondary payload in early 2019. This week a Japanese startup also signed on for two unmanned lunar missions, again as secondary F9 payloads in 2021 and 2022. The first spacecraft will enter lunar orbit, followed by a later mission to land and then release one or more rovers. Stealing the spotlight this September is the projected Dear Moon BFR mission in 2023. Yusaku Maezawa and 6 to 8 astro artists will strive to inspire all of us earthlings.

This rendering was captured from the recently released SpaceX BFR video. Taking some artistic license here, during a quick flyby I think the BFS would more likely be inverted relative to lunar surface.

Over forty years ago I purchased several prints from Robert McCall (Perhaps best known for 2001: A Space Odyssey artwork and the wall mural inside the NASM). As we approach the 50th anniversary of humans first reaching the moon, this SpaceX scene is reminiscent of McCall's "Coming Home".
Apollo 8 " Coming Home " Robert McCall artist (1969)
Reactions: gillfoto, Mike1080i and Grendal
•••

September 28th, 2008 was the 10th anniversary of the first successful launch of an orbital rocket by a private company. Here is a photograph to commemorate the day with all the SpaceX employees who worked for the company at that time. That is a Falcon 1 booster behind the people.

Great photo, thanks for posting! I don’t see Elon or Gywnne in that photo. But perhaps they did not want to steal the spotlight from that veteran group of hard-working SpaceXers.

The single engine stage section just behind the employees; is that an F9 2nd stage or it it a prototype/mockup F1 first stage? Looks too small a diameter for an F9.
Reactions: Grendal
•••

Joshua Tree National Park on the evening of 10/07/18. The launch of SAOCOM 1A coloring the western sky. The uninformed might have thought they were watching a ghostly UFO. Shining some sunlight on the most distracting acronym of October '18, most eyewitnesses were in awe of the icy plume produced from SpaceX Extraterrestrial Condensation.
Credit @seanparkerphoto. 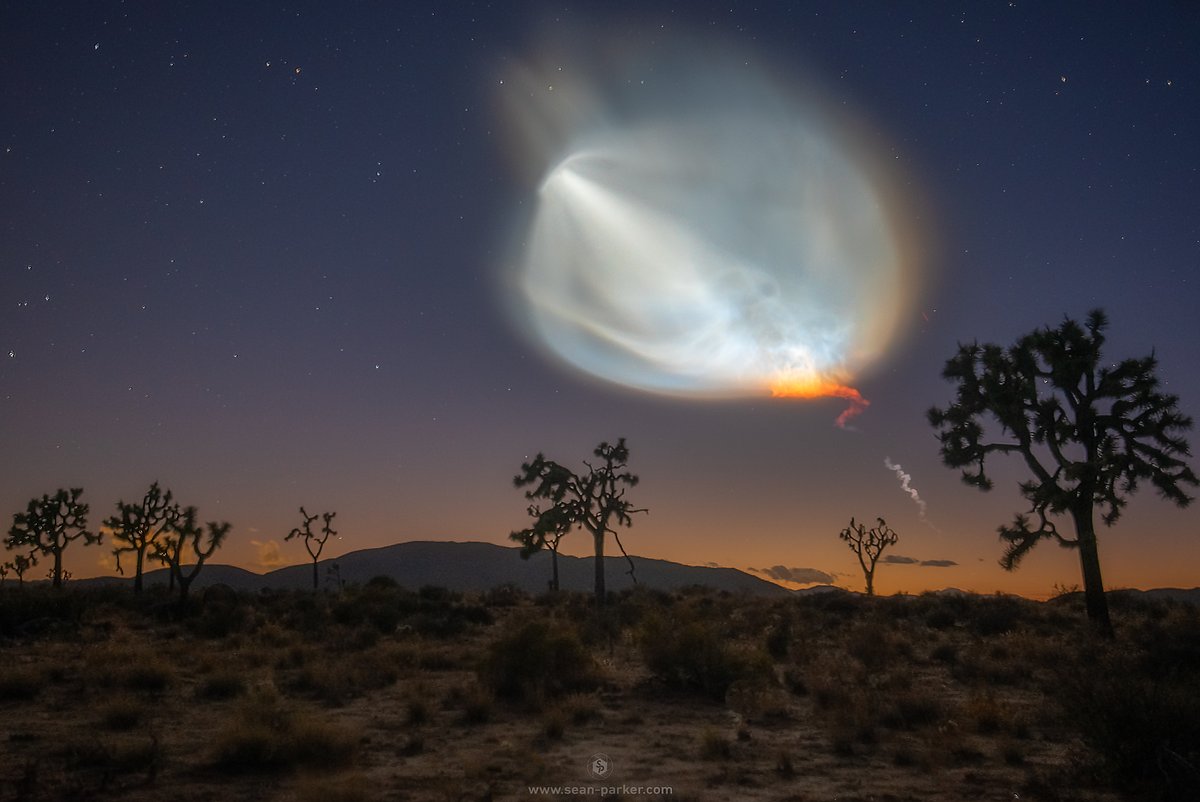 ecarfan said:
Great photo, thanks for posting! I don’t see Elon or Gywnne in that photo. But perhaps they did not want to steal the spotlight from that veteran group of hard-working SpaceXers.

The single engine stage section just behind the employees; is that an F9 2nd stage or it it a prototype/mockup F1 first stage? Looks too small a diameter for an F9.
Click to expand...

Oops. I missed your question. That is a Falcon 1 first or second stage.
•••

Grendal said:
Oops. I missed your question. That is a Falcon 1 first or second stage.
Click to expand...

Thanks, and my apologies. I see now that in your post #4 you in fact stated “That is a Falcon 1 booster behind the people”. I missed it.
•••

I'll put this here. It's a time lapse video of a Progress launch to orbit from the ISS.

The planned launch of SpaceX's SSO-A rideshare mission on 12/2/18 will include an interesting piece of Space art. One of the satellites to be released is called the "Orbital Reflector", sponsored by the Nevada Museum of Art. The written and spoken controversy surrounding this satellite has created a healthy dialogue. Critics refer to it as nonfunctional piece of space junk that only spoils the natural beauty of the night sky. Others argue that it will get people to look up and wonder about our place in the universe. The shoe box sized satellite is designed to inflate a Mylar balloon out to 30 meters, in the shape of an elongated diamond. It will be visible at variable times worldwide before sunrise or after sunset. It will eventually reenter and burn in the atmosphere after a minimum display period of two months. For more info, including video.
Orbital Reflector - Nevada Museum of Art
Reactions: Grendal
•••

Wow, that’s wild. And pretty cool. I hope that web page provides information about where to look for the Orbital Reflector once it is operational.
•••

ecarfan said:
Wow, that’s wild. And pretty cool. I hope that web page provides information about where to look for the Orbital Reflector once it is operational.
Click to expand...

Yes, it looks as though an Orbital Reflector tracker will soon be available. I just checked back on the Nevada Museum website linked above. They claim they'll have this feature up in the next 72 hours.
••• 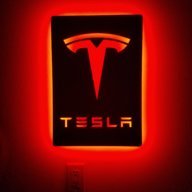 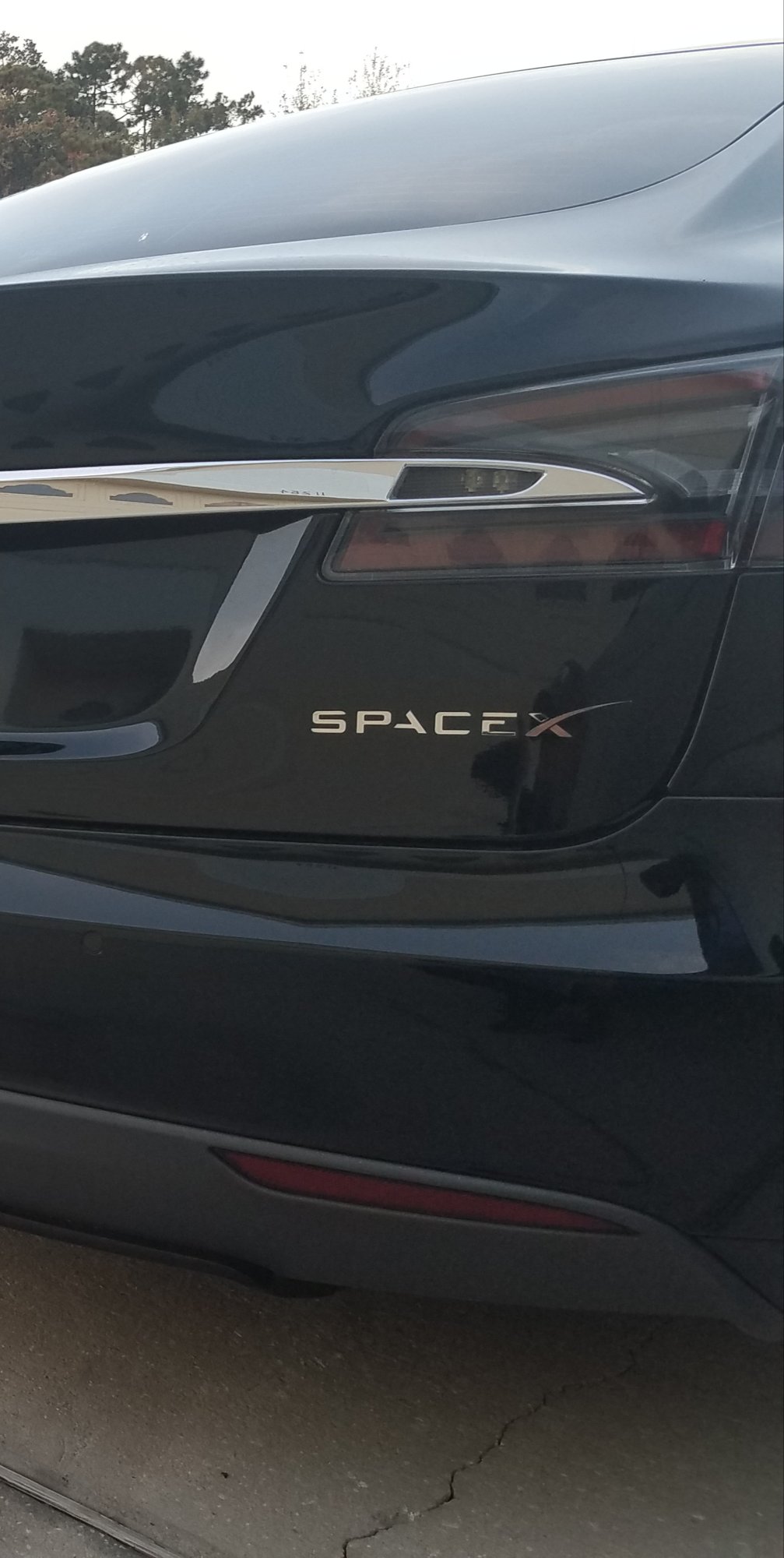 I ordered one of those emblems a few weeks ago, it’s on the way to me, and I plan to mount it to the left of my Model 3 rear license plate, since to the right of the plate the space is taken up by the DUAL MOTOR emblem.

Thanks for posting. There is a nice closeup in that video of a drone ship booster landing that I had not seen before! 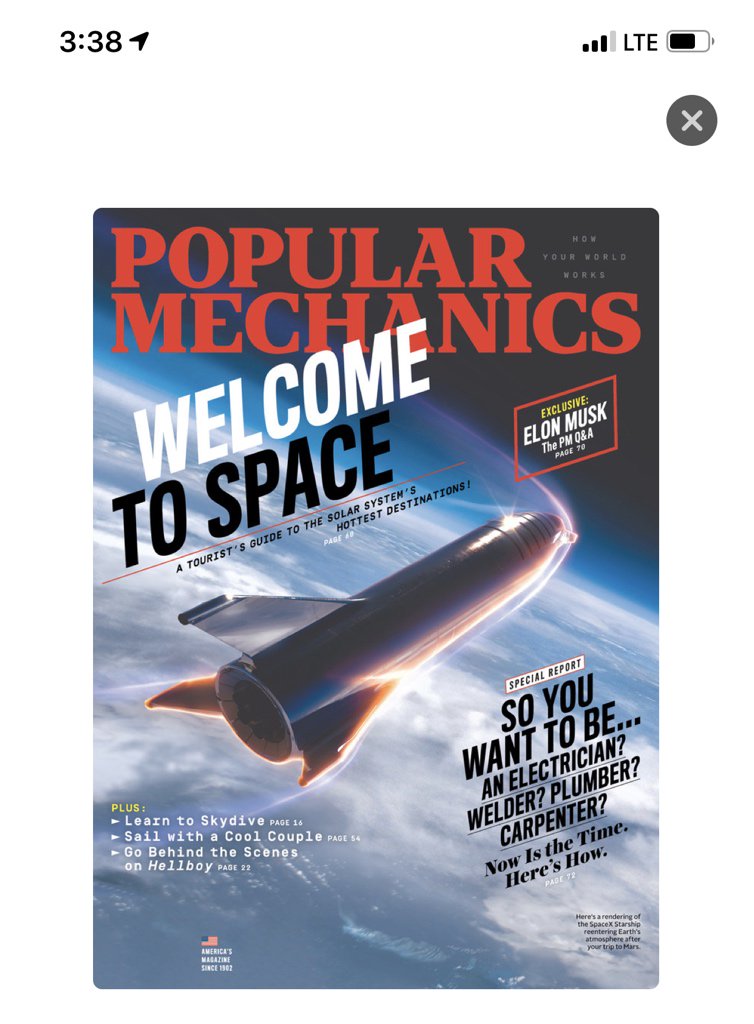 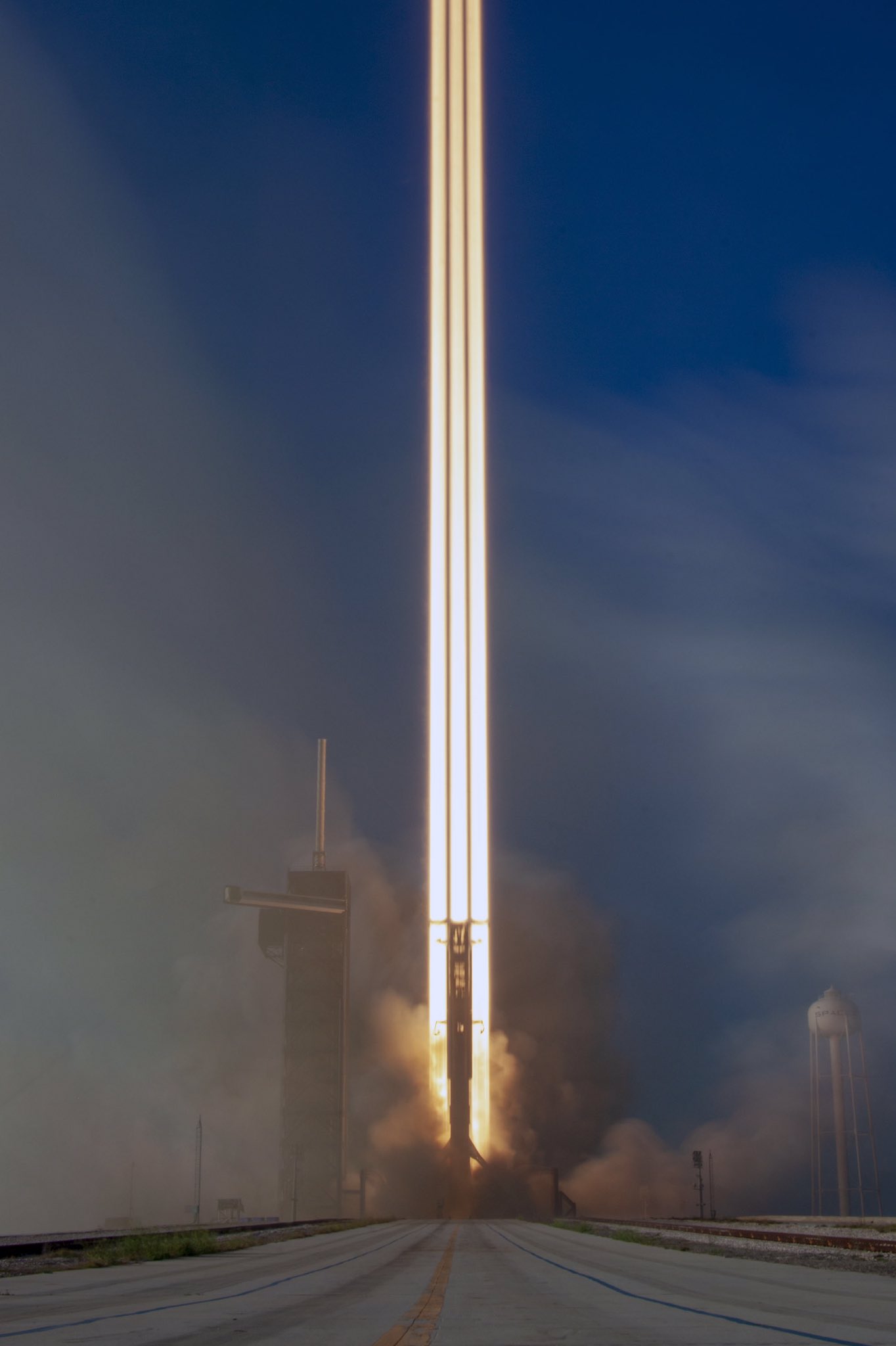