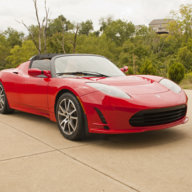 I recently purchased a bright red Roadster without the carbon fiber hood louvers. It's beautiful as is, but I started thinking today about the last red sports car I owned when I was much younger. I had added custom gold/black racing stripes and they looked perfect (see below), and I wondered if something similar would look good on a Roadster or if it wouldn't work nearly as well given its wildly different design. 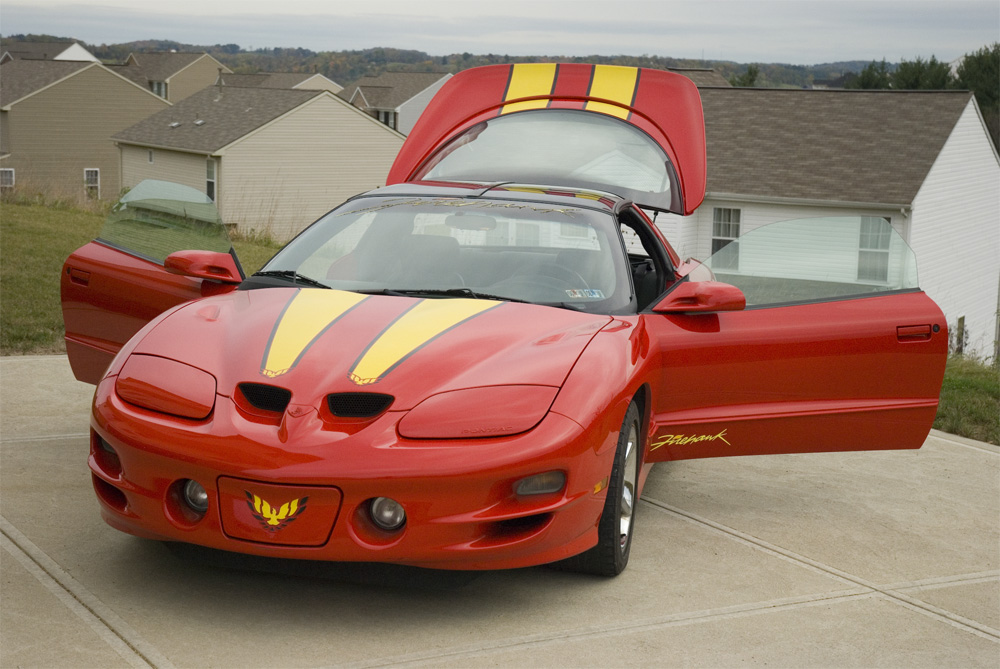 Has anyone done any fun exterior modifications like racing stripes, pin striping, or anything similar that they can share pictures of? I'd love to see how it ended up looking. I saw one photo of racing stripes in the custom license plate thread but the color scheme was very different from my car and I only saw the back. It looks like the rear deck is perfectly designed for them though.

There's been a few including Martin's below. You can google to find more: roadster stripes tesla - Google Search 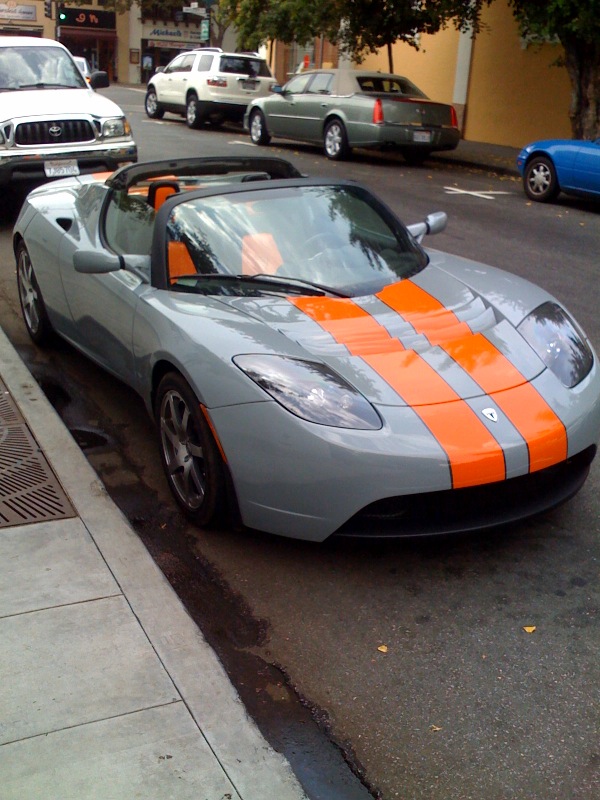 I honestly wouldn't go that route unless its painted on, otherwise feel its taking away from the look and quality the Roadster deserves. I also feel anything that makes your car stand out color-wise or accent wise attracts cops like a magnet. But if you don't plan on driving quick/fast, then its a moot point. One advantage of driving an electric sport car is that we don't attract unnecessary attention from an ICE engine noise during times we want / need to get-up and go. I've snaked passed a few cops that way and they never heard (nor seen, since I'm lower) me whiZzz past them. And when a couple did it was too late and I saw them and had decelerated in time that they couldn't get anything on me.
Last edited: Aug 24, 2015
••• 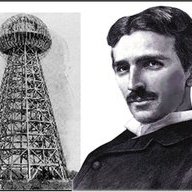 wiztecy said:
I honestly wouldn't go that route unless its painted on, otherwise feel its taking away from the look and quality the Roadster deserves. I also feel anything that makes your car stand out color-wise or accent wise attracts cops like a magnet.
Click to expand...

1) I prefer removable paint and decals as they do not destroy the value of the car or harm the painted surfaces. They allow removal so they allow for correction of a mistake.

2) I AGREE!!! Anything that looks flashy will attract flashing lights.

I like the look of the stripes on the "final edition" Roadsters. (Do a google search for pictures). I have the clear coat exterior carbon fiber accents, so I don't think the stripes would look good on top of that. But if I had an all red one, I would do some stripes using Plasti-dip. I did some wheels and emblems on my Audi and it looks great. Best part is, if you mess it up, or don't like how it looks, it peals right off. There is someone on here selling vinyl stickers that say Tesla, that go on the lower side of the car. I put a carbon fiber "T" logo sticker on my front fender (ala Ferraris prancing horse). My car is Thunder Grey so it's fairly subtle. Bottom line is: "to each their own"

I disagree with the others; the car attracts a lot of attention already. It looks like nothing else on the road. Adding stripes or a coffee table sized wing isn't going to make that much difference. And since there are only 1500 in NA, most people have probably never seen one (including police). I say go for it.
•••

The Next Gen Roadster - Stuff We Think We Know.