I've ordered a Solar system (jumped over from Solar Roof after all the price shenanigans). Came across something interesting on reddit: https://www.reddit.com/r/TeslaSolar/comments/mblgll
Sounds like there is a relatively new change in behavior when operating in backup (read: off grid) mode. Previously, solar would be shut off if the Powerwalls + House load were unable to soak up all the power produced. Now it appears that the Tesla Inverter can intelligently adjust power production to house load (to avoid shutting off solar).

Curious if anybody could shed some additional details here. Have you seen this behavior? This sounds like a fantastic improvement over the status quo. 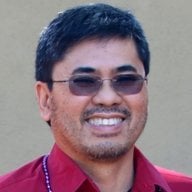 It sounds like the inverters adjust their output down as the frequency rises versus just cutting out. This is obviously better just turning off. There are other (non-Tesla) inverters that ramp their output based on the AC frequency.
Reactions: nwdiver and preilly44
•••
W

There was some previous discussion of this in other threads, and it does seem this is a feature of the new Tesla inverters. (Other inverters also can do this, but I do not believe Tesla previously supported it in its installs.) It does seem like an improvement, and I think the best part would be if the communication that handles this avoids the need to raise the house frequency and the nuisances that come with that. It would also be interesting to know if there is any reason this is better (or worse) for the system components.

But I would note that in terms of maximizing production when off-grid, it is only a small benefit. The past behavior was to stop solar at ~98% and then enable it again when it drops a bit, say ~93% (numbers are in the range of what I found in my testing, but it does vary by system.) The new behavior apparently is to maintain at ~98%. But, in both cases, you are losing solar production when you hit 98%, because there is no place to use/store that solar. Meaning, the only real difference is that at the end of the day (or, when your home load exceeds solar production) your battery, which would have been in the 93-98% range, is now at 98% all the time. While not nothing, this works out to about a third of a kWh of stored energy lost per PW. (And, as long as you can still make it through the night, you would make that amount up the next day, so the loss is not cumulative.)
•••
J

arnolddeleon said:
It sounds like the inverters adjust their output down as the frequency rises versus just cutting out. This is obviously better just turning off. There are other (non-Tesla) inverters that ramp their output based on the AC frequency.
Click to expand...

Sounds much better to me also. The increasing frequency to take tip the inverter offline is not a very elegant solution.
•••
G

This is called "Power Frequency" in SolarEdge inverters (https://www.solaredge.com/sites/default/files/application_note_power_control_configuration.pdf, page 6) and "AC Frequency / Watt" or "Over Frequency Power Limit" in Enphase inverters (https://enphase.com/sites/default/f...Considerations-AC-Coupling-Micros-Battery.pdf, page 6). I have my Enphase IQ6 inverters configured in this way and it's great during an outage.

In my testing I found that the frequency that the Powerwall provides is NOT binary (ie 60hz at low battery state or 65hz at high battery state) but rather is a function of battery charge and (very slightly) load. I have newer data but haven't posted it yet (it's not much different) but here is a link to a previous post I made: Utility outage simulation data dump

As an example (your settings/setup may be different): 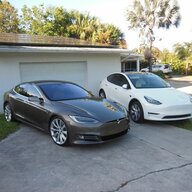 Yes, I believe this was an added/optional feature of UL 1741 SA called SA13, or "Volt/VAR mode". I recently emailed my project manager because:
a) I recently changed my inverter from a 10-year-old SMA SB7000 to a new Fronius Primo 11.4, which I believe may support SA13, and
b) I figured out that the 3 Powerwalls that they finally installed after 14 months were all Powerwall+ units.
So, I asked them if there is something that needs to be changed in my Gateway/Powerwall configuration to let it know that it may now have the ability to throttle the solar production during an outage.
No response back so far. I will keep bugging them.
•••

A
New 26kw system - some weird usage results after a month of use.