It seems that release of this have been put on hold. There was a surge in Nov 1 & 2 but not much since. Does anybody have an idea what is going on? 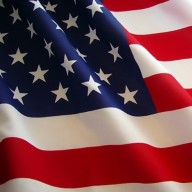 yes, there were some posts up on Reddit about a couple of significant bugs in the release. One was that when the car was in the new one-pedal driving mode, when backing up on an incline, the car might go forwards instead of backwards. The other issue I saw was some guy who enabled the scheduled departure feature, but didn’t enable climate control for it, and when he went out to his car to depart, it had run the A/C for so long that the car was actually icing up.

So what is the "new one-pedal driving mode"? never heard of that.

It allows regenerative braking below 5mph and as you slow seamlessly transitions to brakes to stop and hold the car. This allows you to spend much more time just using the accelerator pedal and you rarely need to use the brake pedal.

it is only available on cars that have the newer motors that use permanent magnets - this is all Model 3 and some Model S and X. You can see which cars get this feature using the graphic attached to this post:

Note that this sort of pattern (a release with a new week indicator appearing, being rolled out to a few dozen or hundred cars [as measured on TeslaFi], a delay of a few days, another release, and so on, until there's a flood and most people get a version with that week code and a higher version number after that) is common. This is not to contradict anything that @motocoder has written, of course; it's just to point out that Tesla releases big updates to just a few cars so as to help work out last-minute bugs before letting everybody get the software. I have no idea if the severity of problems that @motocoder has identified are typical, but those sorts of problems illustrate why Tesla does it this way -- it's much better to have a few cars experiencing major problems than to be flooded with complaints (and maybe even accidents) because of a bug.

How does Tesla find out about software issues

The UK and Ireland Monday at 1:37 AM
NewbieT
N

What is included in the latest software for 2016 AP1/MCU1 cars?