40K Owners, are you upgrading?

Will you be upgrading?

Waiting/hoping for a better discount?

I'm still on the fence, but may pull the trigger. 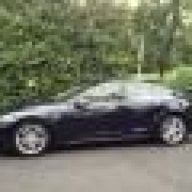 I originally ordered a 40 when I put down my deposit in November, but when they discontinued theactual 40 for the sofware limited 60, I did upgrade. Mostly because it would be $1500 cheaper to upgrade now rather than doing it anytime after delivery, so I guess they got me. But what I figured was since I was getting such a low interest loan (1.25% over 5 years) it would be better to pay this extra $12k over time rather than upgrading later (which I would probably do eventually, once the superchargers were more prevalent). I have been very happy with the range of the 60, and though I only got to use a supercharger twice it is nice having the flexibility for long distance travel 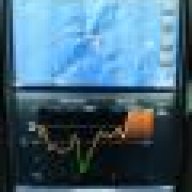 Nope. 40 KWh is just fine for my daily driving and weekend errands. With the announcement of the battery swapping I can see the day when I will drop my 40 off at the first swap, pick up an 85 or two along the road trip, and pick up my 40 on the way home. Perfect!
B

No upgrade for me either. Range is plenty for me
B

Yeah, no need for me. I've never dropped below 70 rated range after a full day of driving.

Vendor 10% Off Lighting Upgrades for your Tesla

C
Confusion about EAP vs AP on a HW2 Model S

Did you get the Auto pilot HW3 upgrade and do you see Cones?