LR,AWD, 19" gemini.
First electric car for us so range anxiety is still a thing we are trying to get used to.
My wife took her car on it first road trip without me which was painful in itself and it didn't quite turn out how I expected and left me with some questions.
To be fair, the navigation unit in the car called it out exactly right but I thought it was wrong (thought it included the ferry ride as part of the drive distance), total driving distance was only 390km, trip planner said it could do the trip with 2% to spare and it left me wondering how the consumption is measured.

So road trip from Coquitlam B.C. to Port Renfrew B.C. Took the Tswassen to Duke point ferry.
Google maps calls it out as a 265km trip (going the weird way the tesla map guided her) but that includes the ferry ride, actual driving distances are 58km to the ferry, and 137km to Port Renfrew so 195km of actual driving.
Car started out at 95% battery, charge finished 30 minutes before the trip started. It was raining, first half of the trip was in daylight, after the ferry ride it was dark. Temperature was pretty mild, cabin temp was set to 21 C and outside temp was about 18C.

On the consumption graph screen the parameters are set to measure average over 50km. The dotted line is partially visible under the solid grey line and the average watt/km is 154. I had them send me screen shots every 50km or so (my attempt at being included in the road trip), and it always seemed to be averaging between 153-155 w/km. This gives me the illusion she would be able to get pretty close to the rated range.

Here is where I get lost.
Battery is 74,000w minus 3700w because I only charged to 95% and minus 1480w because they used 2% watching netflix sitting in the ferry lineup

Theoretically it should be fine for a round trip total of 390km with no charging and the math say she should have 10% left when she gets back from the trip (assuming same driving conditions).

What really happened is the car used up 51% of what she started with and left her arriving with only 44% left and probably not enough to get home in 4 days.

The only thing I can think of is the HVAC/Lights/wipers/LTE connection dont get included in the battery drain on the consumption graph and those items consumed another 5000 watts in 3 hours of driving extra (12.8w/km). Does anyone know if this is true? Seems pretty high but that would put her pretty much exactly at the rated range if this was the case.

She wasnt able to charge with the mobile charger because the house she is at would blow the breaker until we turned the charging down to 5 amps, then the car would do nothing, no charging at all, just say it is charging and says it will be done in 5 minutes (from 44%). Seems it takes 5 amps just to turn the charger on.
Which led to her first attempt at using a public charger. She found a free one that uses the J17772 adapter (no super chargers even remotely close) but couldn't get it to work. It has a key pad and a display and seems like it wanted a code to start it but no where could we find a code and it was supposed to be a free charger. Panic set in for a good 20 minutes while I scramble to figure out a code for this thing until she realized it was just not plugged in tight. She got it to work and went shopping while it charged up to 80%.

All is good now for the trip home but her road trip friend who was also interested in an electric car is now completely scared of getting one,, I should have planned that better.
Reactions: kevin1
U

Your fixation on numbers and calculations seems unhealthy.
M

The "a better route planner" tool, a.k.a. ABRP is a really good tool. You can plug in different scenarios on your route, including different temp, rain, wind... and see an estimated state of charge at each stop.

Wind makes a big difference, even a 5 MPH breeze.
A

If you are number crunching, then that means you have to drive how the epa drives. So that means 48 mph basically for the whole trip. You will absolutely get 300 miles at that rate. 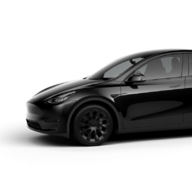 Just like an ICE vehicle or your smartphone, driving range is just an estimate assuming you use a specific amount of energy per mile, and not accounting for battery drain while parked.