I should have gotten air suspension, but I didn't. Now what? 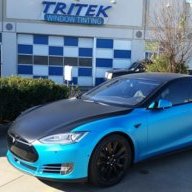 I spent a long time going back and forth on air vs coil suspension and I ended up with coil. I made a mistake. I did not realize that my own driveway (for the next 10 months) and my work driveway (also for the next ~year) are unfriendly to the car.

I'm able to get into my garage at home ONLY if everyone else gets out of the car first, and I take it at an angle (Thankfully I'm the only car parking in a 2 car garage) and go about 1mph. If I do any of that wrong, it will scrape. At work, if I go very slow and come out at an angle (blocking the entry ramp for anyone coming in) I can do it. I haven't gotten honked at yet, but I imagine over time I'll inconvenience a few other people. If I attempt to leave with passengers and go straight out, it scrapes.

So bottom line, I constantly live in fear because my daily 2 parking spots will cause scraping if I don't take them sideways and incredibly slow and with no one else in the car. My home garage seems to be the larger issue of the two.

So what are my options now? Is there such a thing as "shaving down" some concrete at my house? Where the driveway meets my garage..it's a little steep so the car is trying to hit the concrete of the garage floor. What about getting the car "lifted" slightly? I have no idea if something like that is possible or costly.

Both driveway situations WILL be changing by the end of 2016, but I'll probably put 8000 miles on the car before then and park in those situations several hundred more times. What are my options?
T

Start now with Tesla and see what they can do for you with a re-order ASAP.

Obviously, your value will drop by at least the $7.5k from the Fed Tax Credit not available to the next buyer (but available to you as you do NOT have to still own the car to claim the tax credit), and "it bit more" for Tesla's take.

The problem will probably be the "bit more" that Tesla will taking from you, but time if of the essence! 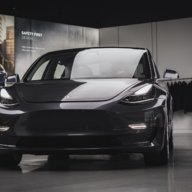 Any concrete contractor should be able to re-grind and shape your driveway.

You can also just install a lift kit on your Model S. This company has them for Model S with up to 1.89 additional clearance, there may be other options out there. Parts are $1500 and labor will be 1-2x that probably.
Suspension Lift Kits: SPACCER International
Last edited: Jan 6, 2016

I don't know much about them, but since it sounds temporary (under a year), would coil spring risers help? I understand they're probably not an elegant solution, and maybe just an overall bad idea. Just throwing it out there. Someone else might chime in on whether it's a reasonable temporary solution.

I am not sure of your exact situation, but perhaps something like this will help?

Those curb bridges sound interesting, trying to decide if they'll actually solve the issue since it isn't my nose dragging. It's actually the middle of the car, somewhere under the passenger area, that will hit the corner of the garage floor as the car tilts forward. The back tires are still on the driveway and the front tires are leveling out into the garage when the bottom has hit.


dbfish said:
You can also just install a lift kit on your Model S. This company has them for Model S with up to 1.89 additional clearance, there may be other options out there. Parts are $1500 and labor will be 1-2x that probably.
Suspension Lift Kits: SPACCER International
Click to expand...

Oh that sounds like a great option. Thanks!
S

I absolutely love the coil suspension, but yeah ramps with significant vertical change are evil to a car this long.

I've had my 70D with Coil suspension for 6 months and 15,000 miles and only once did I have an issue with it bottoming out. But, that happened where it was obvious it was going to hit before I even reached it because of all the other marks left on the ramp. I angled it the best I could given the tight fit, but it still scrapped a bit. Thankfully that was a hotel so I simply opted not to do business with them again. It was obvious from the marks on the ramp that cars were hitting every day, and they knew it was an issue.

At home I do have to angle it, and take it a bit slow but nothing as dramatic as having the passengers exit. The coil suspension isn't any lower than similar cars. My Porsche Cayman S was lower, but it wasn't nearly as long.

The curb bridge would work for my home, but that won't help on a ramp.

Some pictures of the driveway would help, any decent concrete company should be able to even it out for you though. I'd take a look at what is actually scraping, if its just the plastic aero bits than I just wouldn't worry about it. If its the battery in the center of the car, then I'd get something done.
3

S4WRXTTCS said:
I absolutely love the coil suspension, but yeah ramps with significant vertical change are evil to a car this long.
Click to expand...

Because I've had two coil cars, and they weren't the same fixed heights, I can't say how low the 70D coil car is set, but you must have quite the driveway? The coil cars have historically been set near the 'High' air setting. People generally take them down a full inch, without issue.

As with moving the circlip down on the shock housing, to lower the car, I suppose you could move one up a half inch and see if the shock piston follows that travel. That would be cheapest, as far as modifying the car goes. You could also explore going to 245/50 tires, or basically raising the side profile of 19's. 21's would be going from a 35 aspect to maybe 40.

It would be good if Tesla would let you take an air Model S to see if its 'High', or extra high, setting actually clears. Then, you'd know how much height you need.

Terrible bummer. Do you know for a fact that SAS would fix this issue? If so I'd plead with Tesla for help. It's going to cost you but maybe you can get them to at least give you the most favorable terms they can.
S

Architect here:
I'd contact a concrete cutting or concrete grinding contractor and see if they can grind down the high points. Its definitely possible, and even possible to cut out a portion of the drive and a portion of the garage concrete and repour it in a gentler transition. You could probably get that done for less than you'd loose on depreciation and reordering from Tesla. Cutting and repouring would probably look better than grinding.

I'd be wary of modifying the suspension to raise it, you'll take a slight efficiency hit and I don't know what that would do to your alignment and suspension geometry over the long run.

But, I'd probably go for the SAS equipped car if I could afford it. We have it on our car and I'm actually surprised how much more I use it than I thought I would...

So sorry to hear this. For me, it was an easy decision to get the air because so many places I go have these huge transitions. I was afraid that if I didn't get air, I'd be screwed. Not so obvious for most, I would expect. But one consolation for you is that the battery pack is built like a tank. So if you are careful, you should be OK.

I actually, like a moron, drove out of a parking lot over the damn curb. I thought it was a driveway... THUNK! as I dropped over the curb. But the car was fine, without a mark.
C 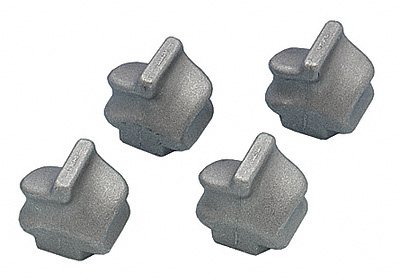 If your high centering, you may be able to address it by raising the garage floor (a few sheets of plywood or something). It would keep the center higher by raising the front until the back was nearer the top of the ridge.

Would definitely explore getting the driveway fixed first--I would expect it will be less expensive than retro-fitting or flipping the car.

C
Is there any downside to Air Suspension?

V
I have a Tesla and will be getting an additional EV from another OEM. What charger is best ?