Is it ok to use the mobile charger in the rain? 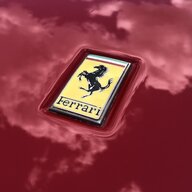 Is it ok to use the mobile charger that came with the car in the rain? I have mine plugged into a dryer plug that is outdoors. Could I leave it plugged in all the time or would rain damage it?
•••

I'm no expert on the subject, but my understanding is that any electrical gear that's used outdoors in rain or snow should have at least a NEMA 3R rating. The Wall Connector has this, according to its manual, but AFAIK, the Mobile Connector does not carry such a rating. In fact, its manual contains the following warning:

No such warning appears in the Wall Connector's manual.

I've seen reports here and there about Mobile Connectors failing after being used in bad weather for extended periods. OTOH, there are people like @tomas who do so without problems. I have no hard data on failure rates, so it's hard to judge how big an issue it is. Personally, I wouldn't leave it out in the rain or snow on a regular basis. At a minimum, I'd buy a NEMA 3R or NEMA 4 enclosure for the device, big enough to hold the main "brick," the car plug/wand end, and the cable, and designed in a way that would keep the worst of the wet off the "brick" if I needed to charge in the rain. Better would be to buy a hard-wired NEMA 3R or NEMA 4 EVSE, such as the Tesla Wall Connector.
Reactions: mswlogo
•••
U

Zorak03 said:
Is it ok to use the mobile charger that came with the car in the rain? I have mine plugged into a dryer plug that is outdoors. Could I leave it plugged in all the time or would rain damage it?
Click to expand...

It is not "rated for outdoor use" as is the HPWC, but it does seem to work for some people. I read one example of someone who said "worked for x years and then stopped". You'd want to keep it and the outlet covered in a way that cause it to heat up (a roof overhang is a good example). The plug that goes into the Tesla appears to be waterproof.

So - build a small overhang roof/shield for our outlet or get the HPWC. Also, odd that you have an "outdoors drier plug" - maybe there is already some shelter where that is installed.
••• 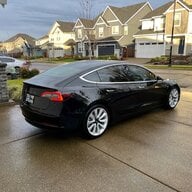 Keep the “box” inside the garage or well covered. That’s the component that is sensitive to water.
Last edited: Oct 3, 2019
•••
L

I have used many RV recepticles in the rain but they are off the ground and have the little hood thing.
Reactions: mswlogo
•••
M

I’ll bet that Dryer Outlet has no GFCI either.

It should not cost that much to wire that dryer outlet into a Wall Connector.

Keep your mobile connector, mobile (i.e. in your car) where it belongs.
•••

R
NEMA 14-50 not working with my mobile charger