A USP of the Tesla wall charger (TWC) is the button to open charge port. But how much of a benefit is this real world use. I hear people saying its great if hands are full and can't get to phone etc.

So, not sure what convenience the button has here if pressing the bottom of charge port door works too. Comments on ergonomics please.

So I then thought, what about taking the car off charge? Well...

Stop charging at any time by disconnecting the charge cable or touching Stop Charging on the touchscreen.

Note: The charge port automatically closes within approximately 10 seconds of removing the connector from the charge port.
Click to expand...

So I am guessing here, without having the button charge cable to unlock, the "unlock the vehicle by opening a door, using a key card or key fob, or touching Stop Charging on the touchscreen" is a pita?

What has the app got to do with unlocking the charge port? No mention if you can perform this via the app, say as you are about to leave the car. If it does work, can it be Siri enabled - not used Siri in anger, but may be one of those times that it may be useful. Not having car yet I have no car access via app, but seems like there may be no charge port siri command.

Appreciate knowing what people do to unlock their charge port cable.
••• 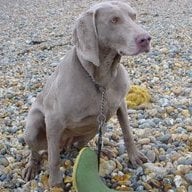 Well I've only had my car a few days but I think the TESLA charger button is great, saves effort and is just so easy - get out of the car, grab the charging lead and press the button, plug in and off you go. Walk into the house and it locks the car automatically.

Putting the cable in, to start charge, is uncomplicated in all instances so I think the only significant issue is "Stop charge and release cable".

You should be able to do that from the APP or from the Touchscreen (i.e. of an unlocked car).

For a possibly not overly subjective POV : on Model-S/X you can press and hold key-fob "boot" button, with fob near charge port, to stop-and-release charge cable. My wife can't get her fob to do this and she thinks it is monumental PITA to get-in and do it from the screen, or get her phone out of the bottom of her handbag and use that.

My fob works, so I have no reference point
•••
T

If the car has gone to sleep you have to open the back door to wake it first. Not a complete showstopper but still a PITA compared to just pressing a button which will achieve this.

You can't remove the cable during a charge without stopping it in the app, whether it's awake or not. That is a PITA as it means getting the phone out.
Reactions: WannabeOwner
•••