Model X battery upgrading for 2017 MX..How can you get an upgraded battery for an existing model?

Rather than purchase a new Tesla and lose FSD pre purchased/free supercharging miles, has anyone bit the bullet and upgraded their declining battery to give a few more years miles of use?
••• 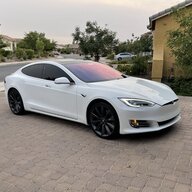 You can do this technically through a very few, very expensive, third party shops. Problem is that it’s cost prohibitive, and it voids your original 8 year warranty on your oem battery.
•••

And I wish that weren’t the case. I’d love to upgrade my own battery too. Just isn’t worth it economically.
••• 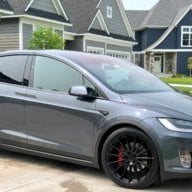 Sparky Car said:
Rather than purchase a new Tesla and lose FSD pre purchased/free supercharging miles, has anyone bit the bullet and upgraded their declining battery to give a few more years miles of use?
Click to expand...

Tesla won't replace your battery for free but I think it is willing to sell and replace it for you with the same capacity pack with a price and limited warranty for car parts (not as good as a new car warranty).

Tesla doesn't like to replace with a different capacity pack like from 60 changed to 100 kWh so that will be out of the question.
•••

Sparky Car said:
Rather than purchase a new Tesla and lose FSD pre purchased/free supercharging miles, has anyone bit the bullet and upgraded their declining battery to give a few more years miles of use?
Click to expand...

Hmmm, interesting question. From your post, I am not sure if you are talking about upgrading just because the battery has declined in capacity or because you want a higher capacity one. In either case, I consider it to be much to expensive and not worth it. One of my cars is also a 2017 MX 100D and I don't even consider it. I still have another 4 years of warranty on the original pack. Mine hasn't degraded that much anyway, It started out having roughly a 300 mile range and is now down to a little over 280. Maybe you are talking about something more drastic?
•••
S

There is a well known Tesla hardware hacker from NC who runs a car upgrade shop. They can do battery upgrades. I’m considering one in 1-2 yrs once my warranty expires to go from a 2016 X 90D to a 100D. Definitely recommend checking them out. Services | 057 Technology
Reactions: Gaston
•••
G

This 'new' 85 pack is a great option from Tesla for those of us looking at longterm ownership. It seems to have more actual capacity than the old 90 packs, and performance isn't far off the 100 pack.

Our X is 4 years old soon, even with great residuals the cost of upgrading to a new X is in the region of £50k+. By the time the car is 8 years old, and if Tesla keep on pushing up new prices the cost needed to upgrade will be far far greater than the $20k Tesla want for this new battery.

Our 75D X currently has 64kWh usable, so 85kWh would already be an upgrade. The new X is fab, but for me anyways the changes are anywhere near worth £50k.

Tesla has produced a new 85 kWh battery pack for Model S and Model X. The question is whether the new pack is just meant to be used to replace older packs, or if Tesla plans to launch it as a new option. For a long time, Tesla used to have two or even three […]

;) - will do I believe that the first of these batteries were installed in European cars back in April, here is one in Norway from April 2020 and his supercharger stats. Not crazy impressive, but better than the current limitation on the original 85. New 85kWH battery for my 2013 P85+ Dublin...

People who responded seemed to universally (and unfairly?) dismiss the idea from the start. But supposedly the Tesla mobile tech gave my friend those figures (e.g., $10K and $25K). And I was told that the tech was talking about having the work done at Tesla? My friend needs to follow up.

With the cost of a new Model S (~$100K), it seems to me that at least exploring the idea of replacing the batteries and/or drive-train (to get two motors) is worth considering. Same is true for the even more expensive Model X. But somehow, I don't think it would just be $35K. A new Model S Long Range would be great for my friend. But other than its relatively low range the 2017 still has some attractive advantages (e.g., the free supercharging). And they like their 2017. They just want more range. Are there things like suspension, structural integrity, and safety features that also need to be considered and make a new car the much better choice?
Last edited: Oct 13, 2021
••• 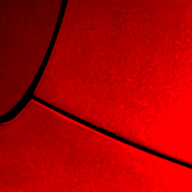 I am enjoying the rest of the discussion and learning a lot from it.

But the first sentence of the OP is about avoiding the loss of FSD. So the OP seems to be willing to entertain battery upgrade strategies that might normally be considered uneconomical by others; as long as you only "lose" up to $9999 it might be worth it.

(Let's agree to set aside the endlessly-discussed issue of whether FSD is objectively worth $10,000.

Clearly Elon found *some* people that thought it was.)
Reactions: tps5352 and gaswalla
•••