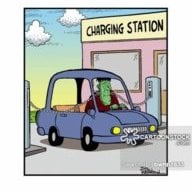 Not quite sure where to post this, if I guessed wrong feel free to move it. Due to my location in Arizona my only option is satellite (Hughesnet) for internet service. I believe it was installed using coaxial cable from the dish to the power supply in my house. Can I use the existing coaxial cable when it is time to install starlink? If not, is using an adaptor, coax to ethernet an option?
•••

Recommend the SpaceX Forum where there are many Starlink discussions.

Sorry I cant answer your question.
••• 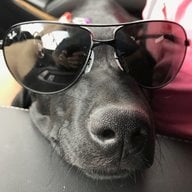 reddit has some great forums for Starlink, but in short no you will need to use the provided cable that comes with the dish. It's just some sort of CATx cable (not COAX) but it's shielded, beefy, etc. The dish has enough power to melt snow so i don't know if they are using some proprietary PoE or PoE++ or what. I have not seen one personally just going off pics and what I read different places. I wanted to pre-wire for my dish but have decided to just wait until I get a look at the cable they provide.
•••

Probably should be moved here:
SpaceX

To address your question though no that won't work.


That's a basic install video- but the cable from the dish also supplies power, and runs from dish to power supply ethernet at both ends.... then another port on the power supply connects it to the router.


EDIT- in theory you could chain a POE injector and a MOCA adapter at both ends of the coax to connect the starlink router to the dish- removing entirely the starlink power supply and not using it (assuming it doesn't do anything else but supply power and bridge- and assuming you can get POE injectors that supply the required power).

Of course the POE injector and MOCA adapter probably aren't designed to be installed outside and you'd need to supply AC power to it so there's that but maybe you can find industrial ones that are....No idea if Starlink would support such a config- and can't imagine that would be cheaper than just running the one powered ethernet cable... but in THEORY that could possibly work.
Last edited: Feb 27, 2021
•••
J

To use COAX and a MoCA or DECA adapter you would need 120V power and an outdoor rated enclosure to put the adapter and the StarLink PoE adapter into, and use the included StarLink ethernet cable to get to Dishey.

Your probably better off running 1.25" electrical PVC conduit up to the roof, so that you can run the included cable through the conduit, and what ever else you might want to run thru in the future.

Options for Installing Starlink OUTSIDE My House?

Contractors or Handy-men for installation of Starlink Satellite in So. California