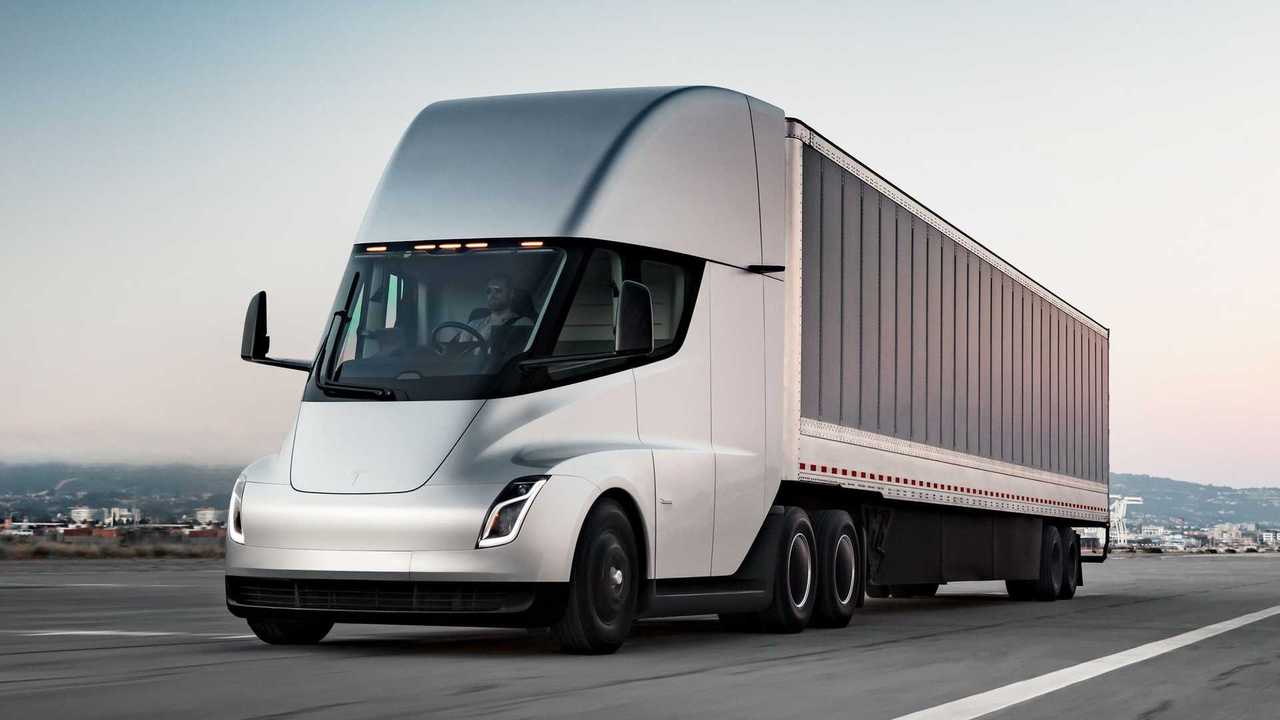 Moving away from diesel-powered haulers will greatly reduce greenhouse gas and particulate emissions.​

The diesel trucks that deliver all the necessities of modern life have a huge impact on air quality and public health. Even though diesel trucks account for a small fraction of vehicles, they are responsible for almost one-third of motor-vehicle CO2 emissions.

Left: Tesla Semi (Source: Tesla); Right: Research Study (Source: Lawrence Berkeley National Laboratory)
The Tesla Semi is just one of the electric trucks being tested on the highways. Daimler, Volvo and other truck-makers have been running pilots of electric trucks for years, but fleet operators are only now beginning to put in serious orders. PepsiCo said in March that it expects to take delivery of 15 Tesla Semi electric trucks by the end of this year. Last September, Walmart Canada tripled its existing order for Tesla Semis to 130 units.

It’s a start, but according to the American Trucking Associations, there were almost 4 million Class 8 trucks in operation in the US in 2019, the vast majority of them diesel-powered. Battery costs are often cited as a barrier to faster adoption of electric alternatives, but a new analysis concludes that a lack of appropriate policies around adoption incentives, charging infrastructure, and electricity pricing are what’s holding back widespread electrification.

Researchers from the DOE’s Lawrence Berkeley National Laboratory and the University of California, Los Angeles recently published a study that makes the case for prioritizing public policy to help electrify long-haul trucking, which would deliver huge reductions in emissions.

The study authors also forecast that future reductions in battery costs and other expected improvements would result in a 50% reduction in TCO per mile by 2030. The electrification of long-haul trucking now belongs to the “adjacent possible,” so what’s the next step to get the nation’s truck fleet charged?

“Given the massive economic and environmental benefits, the case for long-haul electric trucking is stronger than ever before,” said Berkeley Lab Research Scientist Nikit Abhyankar, one of the authors of the study. “Enabling policies such as adoption and charging infrastructure incentives, sales mandates, and cost-reflective electricity pricing are crucial.”

“If we can move away from diesel-dependent heavy-duty vehicles, we have a chance at significantly reducing greenhouse gas and particulate emissions from the transportation sector,” said Berkeley Lab Staff Scientist Amol Phadke, lead author of the study.
Reactions: Dcam and SmartElectric
•••
T

I don't follow this at all. The volume of the cargo is contained in the trailer. The trailer is independent of the rig. Either the cargo volume fits inside the trailer, or it doesn't. What type of rig is going to connect to it makes no difference.

The only difference actually WOULD be in the weight. The whole thing of tractor + trailer has to pass weight limits, so if the rig has more weight, the trailer has to have less weight to keep the total in line.
Reactions: AMPd and Dave EV
•••
R

@AMPd Could you explain why you marked a disagree on this? Why would the choice of a diesel or electric tractor have any impact on the amount of space for cargo in the trailer?

Maybe there actually is some DOT regulation that interacts between cargo weight and cargo volume, where the limit on one affects the limit on the other, but I can't see how that would make sense, so I'm not aware of it.
•••

Rocky_H said:
@AMPd Could you explain why you marked a disagree on this? Why would the choice of a diesel or electric tractor have any impact on the amount of space for cargo in the trailer?

Maybe there actually is some DOT regulation that interacts between cargo weight and cargo volume, where the limit on one affects the limit on the other, but I can't see how that would make sense, so I'm not aware of it.
Click to expand...

My mistake. I disagreed with the wrong post. I intended to disagree with the one above you. That poster seems to be confusing volume with weight.

As you pointed out, volume of the cargo has absolutely nothing to do with what type of tractor is pulling it. There are regulations for cargo volume for open deck trailers, “oversize” loads need permits, specific routes, times of day tHey can travel. But that’s of course all irrelevant.
Reactions: Rocky_H
•••