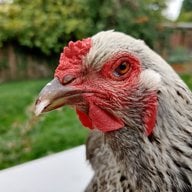 I took my car in for service for a radar alignment issue a month ago. Upon picking up the car, the GPS thought my car was at home in the garage and didn't move as I was driving. I don't know why that would be the location as it knew that I had dropped the car off at the service center 15 miles away. I contacted Tesla tech support on the phone and they had me do three difference resets including a full power off, but none helped. I drove about 30 miles over the next 4 days before the GPS suddenly realized where the car was again. I did not activate autopilot during this time, but traffic light awareness and other driver assistance features worked fine. P.S. The Tesla app matched the location in the car but would show the car, for example, going 70 MPH while being stationary "in my garage".

It worked for a week until I drove through the 99 tunnel in Seattle. Upon exiting the tunnel, the car was about 2 miles off on its location, but continued tracking as the car moved. This caused MANY issues. Every time the location on the map crossed or was near a street (two miles south from where I actually was driving), the speed limit sign on the screen would change. If I was on the freeway at the time with autopilot on and the incorrect GPS location crossed a surface street with a 25 MPH speed limit, the car would SLAM on the brakes suddenly thinking that the speed limit had dropped from 60 or 70 MPH to 25. I found out the hard way a few times. After another week or so, the GPS was suddenly working again.

Fast forward another week, and we took a ferry to Orcas Island. The GPS worked all the way there, but on the way back, the car lost its location upon disembarking the ferry and thought it was about 30 miles to the northwest AND it continued to track the car's movements but was about 100 degrees off on the direction. When I drove south, the car was tracking to the ENE. The car read a speed limit sign exiting the ferry that said 15 MPH and never once changed it over the 100 mile drive home. This kept me from enabling autopilot or even simple cruise control as both would quickly flash an error that said "safety convenience features were degraded". This also seemingly caused another safety issue. Once the car had no idea where it was, the traffic light awareness began thinking EVERY overcrossing on the freeway was a traffic light and would slam on the brakes if I did not press on the accelerator ahead of time to maintain the speed. This was clearly dangerous, but fixable if autopilot/cruise control are not used. A few days later, suddenly the GPS began working again.

Then on Friday, I went to get something out of the car, and it was locked while in the garage despite having the car set to stay unlocked while at home. I knew something was wrong. Upon opening the door, the car thought it was in northern Alberta, Canada. Oddly, the app correctly showed it to be in my garage. I did multiple restarts and power offs, and eventually the GPS came back to life again. I left on a road trip that afternoon to Portland, and the GPS never moved. It stayed in my garage for the entire 200 mile trip south. For the first time, the display showed an error icon for poor GPS signal (pictured below). Autopilot or simple cruise control would not enable unless I was going 65 MPH or slower, but it was difficult to use as the car again thought that every overpass was a traffic light and would slam on the brakes after a last second warning that it was "stopping for a traffic light control in 300 feet". I did multiple drives of 10-40 miles around the Portland area with the GPS and app still showing the car in my garage, and the car rarely saw traffic lights EXCEPT freeway overpasses. It seems the car relies on GPS data to validate that a traffic light exists that it can see. On the drive home yesterday, the GPS suddenly began working again 30 miles from home out of nowhere.

I have a mobile tech appointment on Wednesday to hopefully fix this. Here are the issues and oddities that I have noticed:

1. The settings for keeping the car unlocked at home along with sentry mode being disabled while at home kept BOTH non-operational whenever the car incorrectly thought it was at my house, so it was unlocked and not recording video the whole weekend before I realized that was happening.
2. If the car loses GPS signal, it incorrectly thinks that overpasses are traffic light controls and attempts to slam on the brakes to stop out of nowhere. I'm guessing it has something to do with an overhead horizontal object about to pass over the car similar to how a traffic light would be viewed? (I did not try to capture this on video yet)
3. Autopilot and cruise control cannot be used without a GPS signal as the car is relying on the GPS for speed limit data despite having the ability to read the speed limit signs now. If it reads 70 MPH on the freeway, it may suddenly revert to the incorrect GPS data and slam on the brakes thinking you're in a 25 MPH zone as it did to me over and over.
4. Odometer issues - I called Tesla tech support multiple times about this issue. One of the ID verifications they do is by asking the current mileage on the car. The last two times I was asked, my # was off. I checked the odometer in the car vs the app, and the app is reporting 510 miles more than the in-car reading now. That is roughly the # of miles I have driven with the car having no idea where it was located. Does that mean the car is using GPS to track it's odometer reading, and what does this mean for the warranty?
5. What happens if a car with full self driving loses GPS signal? Does it slam on the brakes in the middle of the freeway and cause an accident thinking an overpass is a traffic light or slow down to 25 MPH when the signs clearly say 70 MPH because it thinks it is on the frontage road or, worse, a thousand miles away in another country?

First time I have seen this indicator. The message that appeared the first time it came up said something about poor GPS accuracy. 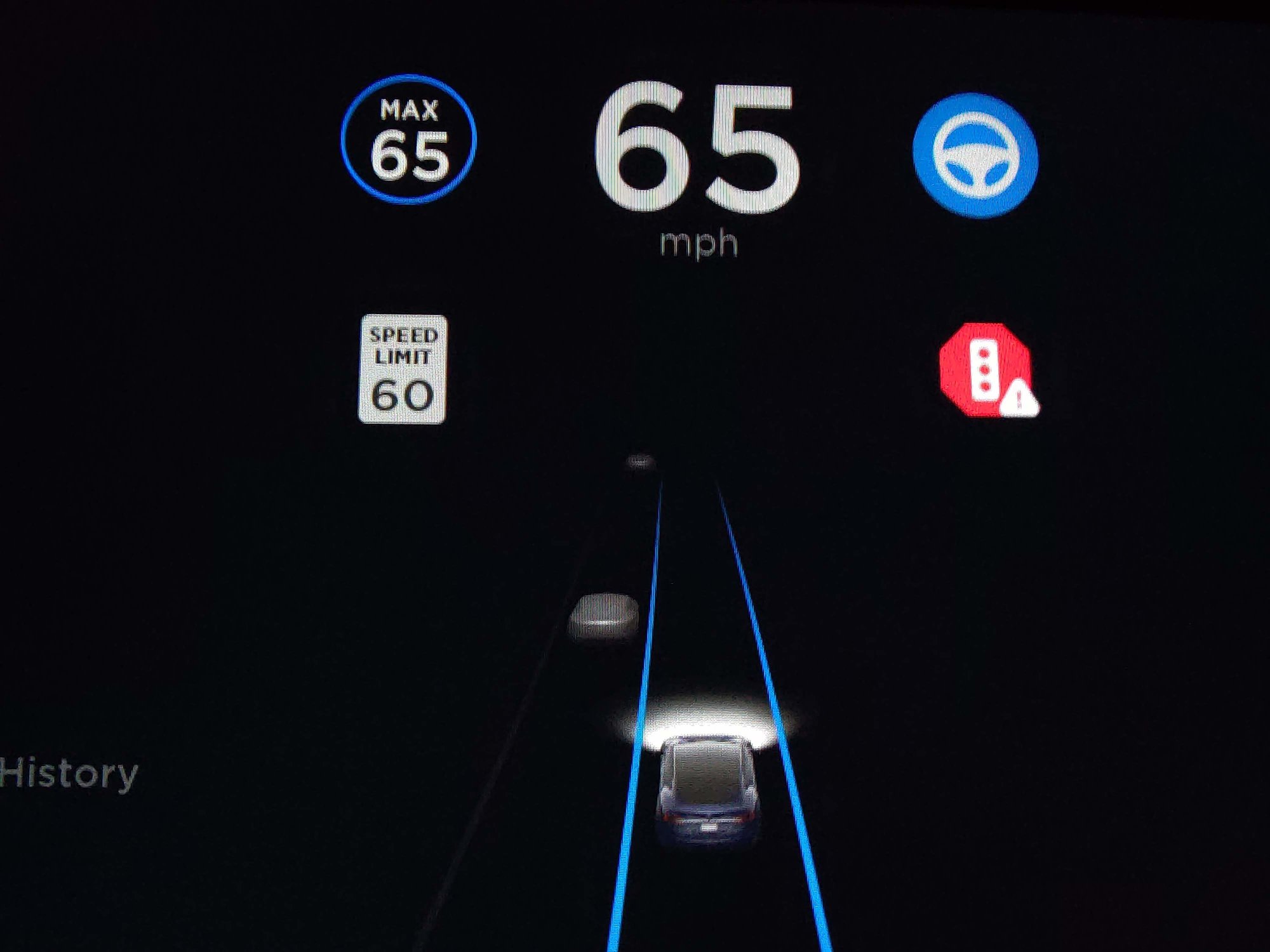 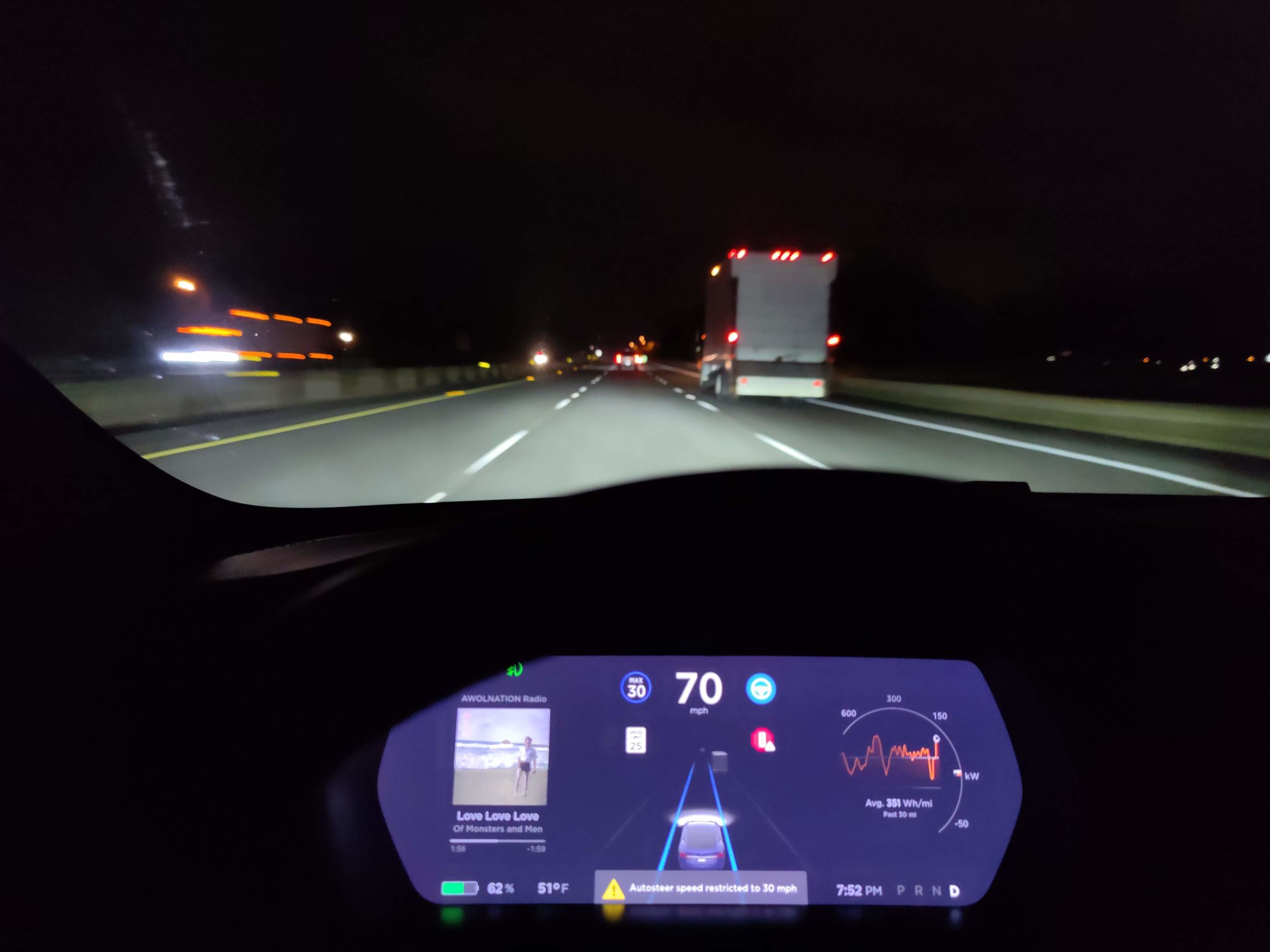 This beautiful drive had the GPS take me up and over Mount Baker and into southern BC at one point. I was actually 100 miles to the SSW. 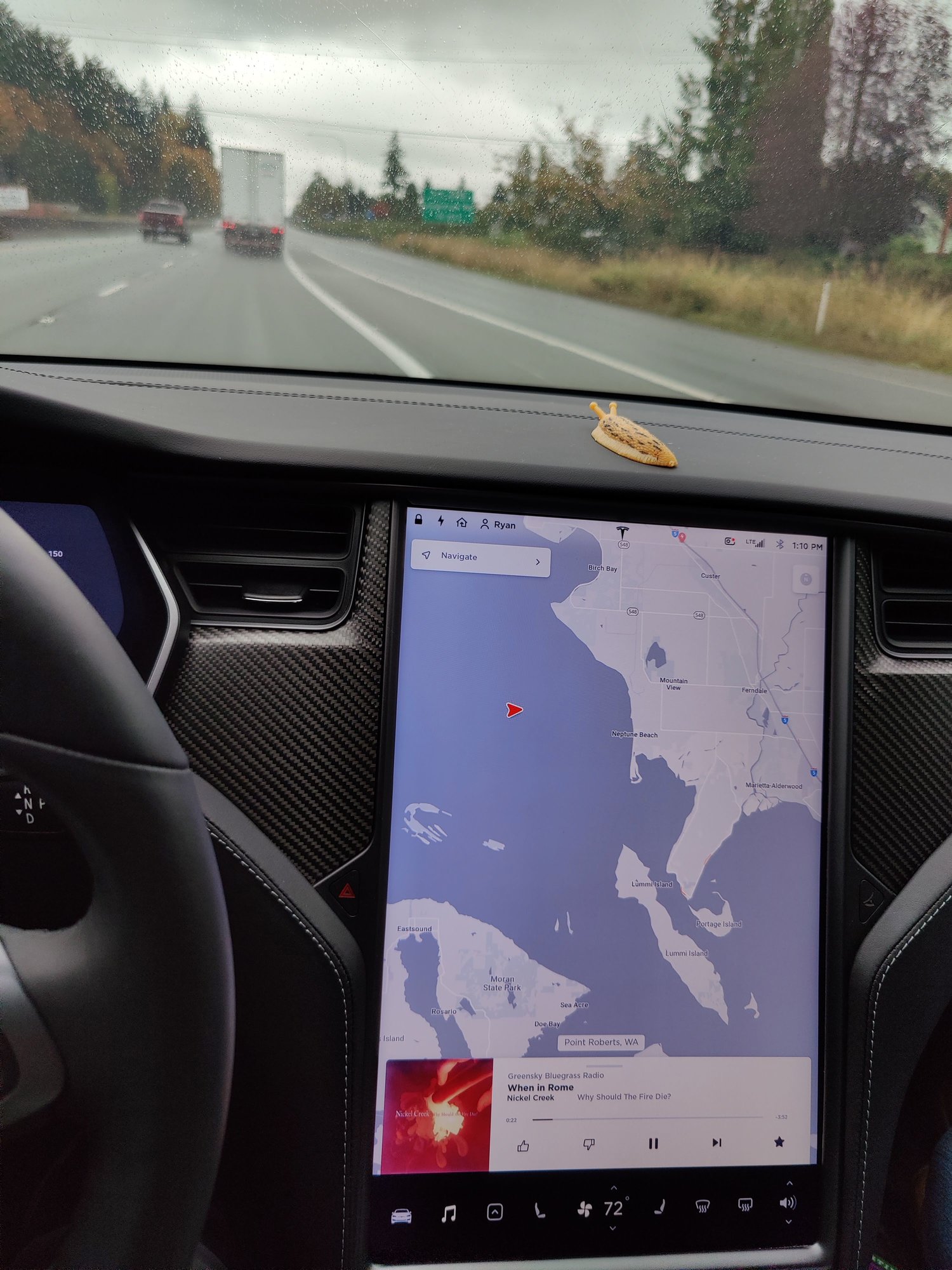 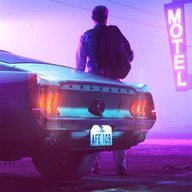 I had somewhat similar issue, when my MCU1 was failing and needed a reset. Odometer was not recording mileage, whenever parked car kept defaulting to another GPS location that I used weeks ago. After I've reset the car to factory defaults - it fixed itself.
•••