The car has been in the shop for the past week, my app keeps reporting SW update fails twice every day so it looks like the SC isn't getting anywhere with it either.

Does anyone else have this issue?

Other niggles: any useful comments on these would be appreciated as well:

1) Bluetooth call audio is awful. I use an Android device, no watches.
2) Rear cargo shelf broke twice(the thing that holds up the cover). All because my 50-pound dog sat in that corner.
3) Persistent rattle from passenger door trim, fixed with fasteners during a previous visit but its coming back.
4) Trunk latch plates slid out of its position twice, but it isn't broken

Its a shame as I'm completely in love with the car (driven 6000 miles already) but the niggles bug me.
••• 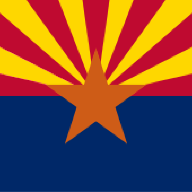 Ok, I hope I do not get bashed again for trying to help....
As for the item #3, I had a similar issue to finally realize it was the seatbelt that was hitting the plastic part of the rear of the passenger seat...
My bluetooth is regularly out of sync as well....
This still is a great car, after 38 000 Km and 15 months of ownership
•••
B

Our S 100D had two instances of problems last year when the car would fail to install updates.

When the car was delivered, the first update we received wouldn't install. We took it to the Service Center, they kept trying for 24 hours - and couldn't get it to work. They ordered a replacement MCU and sent the car home for us to use until the new processor was ready for installation. When I got home, I tried doing a "Power Off" and then rebooting the dashboard & console processors - and the update went through on the first try at home. So we cancelled the MCU replacement.

Last fall, our S 100D was sitting in a multi-story parking garage for almost a week sitting out hurricane Harvey - car was not plugged into power - no WiFi - and possibly some intermittent AT&T communications during the heavy rain. When we took the car home, we noticed it wasn't receiving updates and called Tesla. They checked the logs, determined the car had failed to install updates multiple times while it was parked - and was moved to a "do not update" list on their server. To fix this, we had to take the car to a Service Center, where they forced the car to install the latest software.

Since then, haven't had any problems.

if you're having issues with updates - first call Tesla's phone support group and see what they say - and then you'll likely need to go to a Service Center to get them to force all of the processors to update to the correct version of software.

As for the other issues:

I had the software update failure issue on my X100D after about 5000 miles. Not sure if you have same issue, but below is what caused my issue (from the service ticket):

Thank you, this is exactly what I'm experiencing. The SC told me that it was a sensor issue coming from the FWD. I'll forward this to them and go from there. Thanks a lot!
Reactions: AdamHLG
•••

M
damn you sentry mode, you have failed me