A40 Into London Speeds Wrong (And ULEZ/Congestion Charge) 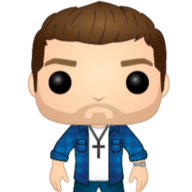 In the last week we've taken Aurora into London twice - madness I know (although the extinction rebellion folks seemed to like the car).....

However, if not for having Waze running too I would have been speeding all the way. For some reason the Tesla Nav does not recognise the 40/50 mph zones in place, presumably because the navigation maps are not up to date. So lot's of playing with AP speed limit.

Seems like a massive oversight - given the importance of that particular road - has anyone else noticed other areas in the country with similar issues?

Also - for those concerned about the registration for ULEZ and CC - ULEZ is instant, and £10 secures the CC for a year - mine did not take 10 days to approve, but closer to 48 hours....
Reactions: CMc1
•••
M

ME_UK said:
Seems like a massive oversight - given the importance of that particular road - has anyone else noticed other areas in the country with similar issues?
Click to expand...

It's everywhere. Here in the Scottish Borders I go through 30mph villages that the car thinks I can do 60mph through!
••• 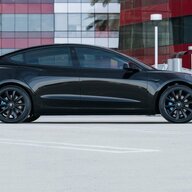 Loads are wrong. Shame they don’t pull it from Google. Same as speed camera
•••

Let's hope that the details on page 93 of the owners manual come to be true eventually... 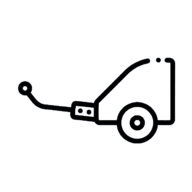 I've swapped the train for Tesla in my commute to London. I've noticed most of the 20 limit roads I go along the Tesla thinks are 30.
•••

CMc1 said:
Shame they don’t pull it from Google
Click to expand...

may well be because Google charge far more than Tesla (and therefore you ) are willing to pay. Loads of sites that used to use Google have moved in last 6 months because of huge price increases.

No idea where Tesla sources its GPS data for Speed Limits but it isn't great. Perhaps better in other geographic regions?

As far as I am concerned its pretty useless anyway until the car read the speed limit signs (which then also works for newly erected ones, and roadworks etc. temporary signs, motorway gantries etc.) AP1 did do this ... I have read that reason AP2+ doesn't is because of a patent held by Mobileye.
••• 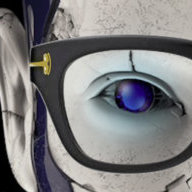 Ah, the patents things makes sense but is completely senseless at the same time, I know that Mercs, BMW's, Audi's all read roadsigns perfectly well, so I guess the Tesla issue is something to do with the contract Tesla signed with MobileEye? either that or all the other manufacturers pay the patent fee?

I just got a CC penalty for not having registered my 100D, so I am appealing against it and falling on their kind hearts and discression but not holding my breath.
•••
A

Having enjoyed traffic sign recognition for years I find it really frustrating that my M3 doesn’t have it. Perhaps Tesla are too tight to pay for the licensing. Add that to the crap windscreen wipers, the crap automatic headlights and the barely fit for purpose TACC and I feel that in some ways my M3 is a huge step backwards. And this in a car that prides itself on its cutting edge technology.
•••

I wonder if Tesla is holding out in expectation of a central database that all cars can use, real time, instead of reading signs?

Sign reading has its problems ... the one on the A1 North of Peterborough that says "(50) in 1/2 mile" had my AP1 jumping on the brakes, and nothing behind me was expecting me to do that of course ...

AP1 was slow to figure out the speed when it got a delimited sign ... the speed sign (on the Dashboard) went away, but took a while for the replacement to appear ... maybe that the had to rely on Database Lookup to figure out what the unlimited speed should be. And then there is snow on the signs, gantry signs that don't have the red circle but just say "50" and so on ... so if a centre database is going to become "a thing", including the two old boys digging up a back road near me who have put up a speed sign??? then I think that would actually be better.


Artiste said:
Perhaps Tesla are too tight to pay for the licensing.
Click to expand...

Doubt that. Mobile connectivity, Spotify etc. all not cheap for them (iPace users are typically finding that the data transfers are massive and spending well North of £50 p.a. on SIMs)

Elon has, on a number of occasions, wanted an in-house solution (rightly or wrongly), but the upshot of that is typically that the development takes far longer than anticipated and no thought is given to the Punter in the meantime.

When AP2 was launched cars were shipped with a big fat "coming soon" and "nothing" for, what was it, 6 months? So if you ordered a car everyone the day before got AP1, and you got AP2 along with "nothing". No choice to order one/t'other, it was just an announcement "from today all cars are AP2"

Elon is also on a quest for having their own Maps, Navigation and Traffic ... seems to me just doing a deal with Waze would be the best outcome ... but that was everyone's favourite pipe-dream 3 years ago and has not materialised. So this is possibly just more-of-the-same
•••

ME_UK said:
However, if not for having Waze running too I would have been speeding all the way.
Click to expand...

Wow, how did we cope before tech
Reactions: Cowpring, WannabeOwner and Yev000
••• 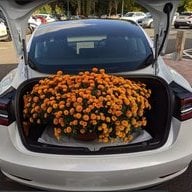 VanillaAir_UK said:
Wow, how did we cope before tech
Click to expand...

My wife does sign recognition. She spots speed cameras too!
Reactions: Cowpring, MrBadger and tess19
•••

A Very British Road Trip (or 2010 Roadster Sport: A Space Odyssey, if you prefer)