Is Autopilot 2 limited to a maximum speed of 90km/h with autosteer enabled? Cruise control goes faster but I get a message when trying to set autosteer over 90km/h.

It's restricted on some roads.
Normally should go as high as 150kph
••• 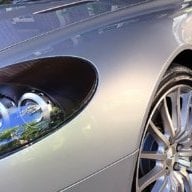 Is Autopilot 2 limited to a maximum speed of 90km/h with autosteer enabled? Cruise control goes faster but I get a message when trying to set autosteer over 90km/h.

I think it is still restricted to 90 Miles per hour or 145 km/h. I have not recently tested the limits, but the last time I did that is what they were in my car anyway.
•••
C

It's 150. If it's refusing to go higher then it's a geofenced zone where it's not sure what the speed limit is or has some other restriction; you'll usually get a warning telling you when that happens. If you start with TACC at 100km/h and then enable autosteer you'll see the warning then "speed limited/restricted to blah blah" (maybe because of blah), can't remember the exact wording.
•••

Thanks all - was on the M7 in Sydney. Maybe because it can be variable to 90 in wet weather? Hmm. Will try on the M1 freeway to Newcastle this Friday.
•••

shanelord said:
Maybe because it can be variable to 90 in wet weather?
Click to expand...

I don't know the road, but does it have the electronic speed signs with a fixed sign below saying "Limit 90 when sign above is not active" or something along those lines? Maybe it read the lower sign?
•••

Chuq said:
I don't know the road, but does it have the electronic speed signs with a fixed sign below saying "Limit 90 when sign above is not active" or something along those lines? Maybe it read the lower sign?
Click to expand...

Yes it has the digital signs and it has signs that say that but not sure about an actual fixed “90 in a red circle” near it. I’ll take a look next time (dash cam not installed yet so can’t check it).
•••

OK got on the M2 today. Car detected speed OK (shown on dash) as 100km/h. When I selected Autopilot it stated my max speed was limited to 90 and I have to contact Tesla for a manual calibration.
•••

Just dropped into Tesla and chatted with service. They checked the logs and one of the AP2 cameras isn’t actuating on its mount properly. Booked in to get it fixed next week.

Had my S75D in for service to fix this last Thu/Fri. From what I can see they changed the mount for the main camera which didn't fix it, they then replaced the camera and did a check of the AP CPU which passed. They kept and tested the car until Friday as the new camera needed to calibrate but it didn't calibrate by the end of Friday - however no errors in logs so it was just a matter of time so I got my car back for the weekend.

Drove mostly on suburban roads on Saturday with no AP/cruise issues (on the way home on Friday it had stilled alerted saying main camera calibrating). On Sunday I took the motorway to the city and very excited to see the grey AP logo on my dash when I settled at 100km/h. AP enabled and everything working perfectly since.

As an aside:
Just calling out St Leonards for amazing service. Extremely proactive in communication throughout the whole process. I was also surprised to be put in a brand new 100D (4 kms on the clock) for the two days. Had to calibrate the cameras (so I got to experience this new car feeliong even though my car is CPO). Certainly more power than my car (which I don't really need) and greater range (which I don't need either but if I could have stretched would have been nice to have). Was a Deep Blue Metallic car with Cream Premium/Carbon Fiber interior.

Anyway, back to my car